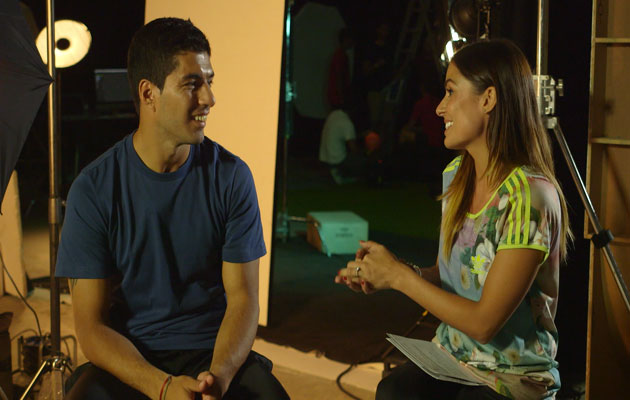 This week, ahead of his return to the UEFA Champions League, adidas Football Gamedayplus spoke to Luis Suarez, as well as Schalke 04’s Julian Draxler and took on the first touch challenge with FC Basel’s Fabian Frei and Marek Suchý.

Adidas Football Gamedayplus caught up with Suárez behind-the-scenes at a photo shoot to talk about his return to the Champions League, his relationship with new Barcelona team-mate Leo Messi and what he hopes to achieve at his new club. In this week’s exclusive competition, viewers can win an official match ball signed by Suárez.

Adidas Football Gamedayplus also spoke to Julian Draxler ahead of Schalke’s must-win game in Lisbon about his performances so far in the tournament, how he intends on improving and his relationship with team-mate Atsuto Uchida.

In Switzerland, Fabian Frei and Marek Suchý took the first touch challenge at FC Basel’s training ground. There’s also some technical advice concerning the Predator Instinct Supernatural boot, and how the  best players in the world use different parts of the boot for different aspects of their game.

As part of their coverage of the UEFA Champions League, adidas have come up with an amazing competition. For full details of how to enter and what you can win, click here.