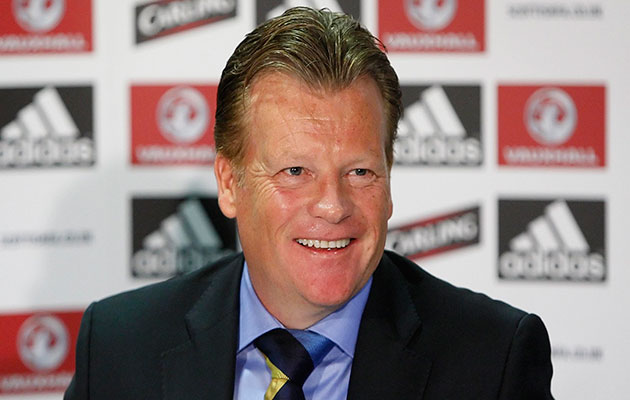 The Dutchman has been given the title of Head Coach National Teams responsible for Under 20 and future Under-23 Olympic team, by the Royal Moroccan Football Federation (RMFF) in December 2015.

His remit alongside his colleagues is to ensure the country qualifies for the next two African Under-20 Championships in 2017 and 2019.  His three year contract could be extended if Morocco reaches the 2020 Olympics in Tokyo.

Speaking from the capital, Rabat, he said: “We are in a position that we can look at players internally but also from outside the country.  We have held training camps that have included youngsters from Spain, Italy, Holland, Germany and France.  They qualify through their parents or grandparents.

“Training is conducted not just in Arabic but a number of languages.  However there is no tension between the two groups.  They are very patriotic and share the same dream of representing Morocco.  The one difference I have noticed is that the local youth play a lot on instinct, whereas those who have come from abroad, in my opinion, are tactically more disciplined in their approach.  It is our job to ensure that both styles merge for the benefit of football in this country.”

The 55-year-old has a diverse background holding a number of roles in his native Holland to coaching positions in Egypt and Qatar to Romania and England. He had a short spell as manager of Southampton in 2009.  Prior to his arrival in North Africa he was the Performance Director at the Scottish Football Association (SFA).  He goes on to state that his most valuable experience as a coach was between 2000 – 2002 with the Dutch U19s and 21s, where he played a part in developing the likes of Arjen Robben, Robin van Persie, Rafael van der Vaart, Dirk Kuyt and Jan Klass Huntelaar.

Wotte believes that a long absence from international tournaments has contributed to both the RMFF and SFA investing in youth development.  Ironically, the last time the two nations qualified for the World Cup was at France 98.  Both teams met during the group stages with the former Coventry City and Aston Villa midfielder Mustapha Hadji inspiring Morocco to a 3-0 victory in St Etienne.

Aside from an 18-year absence from the World Cup the Atlas Lions have also had little joy at the African Cup of Nations.  They won the tournament in 1976 and were finalists in 2004.  However they have failed to progress beyond the groups stages on the last three occasions.  Moreover Moroccan football fans will also have to endure watching neighbours Algeria compete at the Rio Olympics alongside South Africa and Nigeria.

Wotte acknowledges his previous experience as head coach of Ismaily in Egypt gives him an advantage of understanding the footballing culture in North Africa.   Therefore he is confident of “identifying, developing and nurturing” young talent that will progress from the various youth teams and ultimately into the national team.

He concludes: “We have a good team led by Nasser Larguet [Director of National Teams] who is determined to make Morocco a force in Africa and beyond.  The facilities at the Royal Academy [Mohammed VI] are excellent, especially the quality of the 3G pitches, which are up to European standards.

“It is not the same case in other cities and smaller towns but you do have a strong culture of street football in the country and unlike Scotland I don’t have to worry about the rain or waterlogged pitches!”