Welcome to our page dedicated to Belgian striker, Michy Batshuayi. Currently on loan at Borussia Dortmund from Chelsea, the man is scoring goals for fun in the German Bundesliga. Take a look at our Talent Scout on him from a few years ago.

Despite injuring himself before the tournament, Batshuayi managed to get himself fit for Belgium. However he has played little part in the tournament so far because of the good form of Romelu Lukaku, Eden Hazard and Dries Mertens.

A natural finisher, the prowess of this Brussels-born son of congolese parents have put the Belgian title within sight for Standard liege. With 17 goals in his side’s opening 24 league games, Standard have dreams of a first championship since 2009 and were 10 points clear at the start of February.

Goals have never been a problem for Batshuayi, who once racked 33 of them in one season for three different Standard youth sides (under-17, under-19 and under-21). And since making his first-team debut in February 2011, he has continued on his merry, prolific way.

Quick, physically resilient and definitely not one to prevaricate over his options, he can shoot powerfully with either foot and turns remarkably swiftly with the ball in the box.

Unpredictability and audacity give him the confidence in his ability to turn matches at any moment, and he loves nothing more than to enliven proceedings with off- the-cuff bursts of inventiveness. 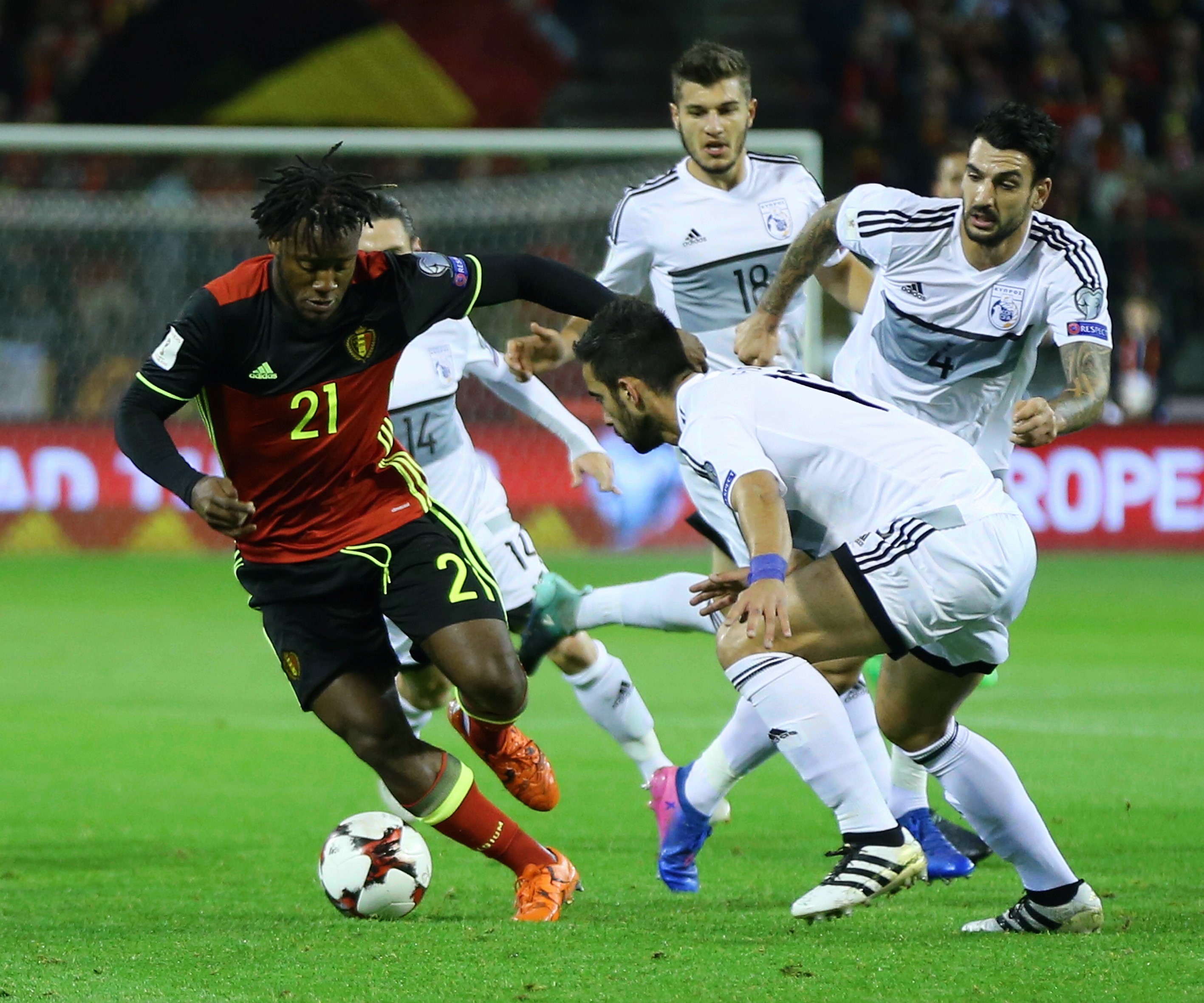 However, his basic individualistic instincts do not mean he cannot fit into a team pattern. Whether used as the middle man in a front-three – his role with Belgium’s under-21 side – or in a forward-line duo at Standard, with Imoh ezekiel, he has proved able to compliment to any type of attacker.

But no 20-year-old was ever the finished article and there are still a few weaknesses he needs to eradicate. At times he coasts through games, and on occasion he is too flashy, while his hold-up play could be better.

Something else he has to work on is his professionalism and off-the-pitch behaviour. Once thrown out of the Anderlecht academy on disciplinary grounds, and censured last year for partying with call girls in the team hotel before a Belgium under-21 game, he does not have the best of reputations and if he is to challenge Christian Benteke and Romelu Lukaku for a place in the national team he needs to grow up fast.

Superstars of France And Belgium Battle For Final Spot