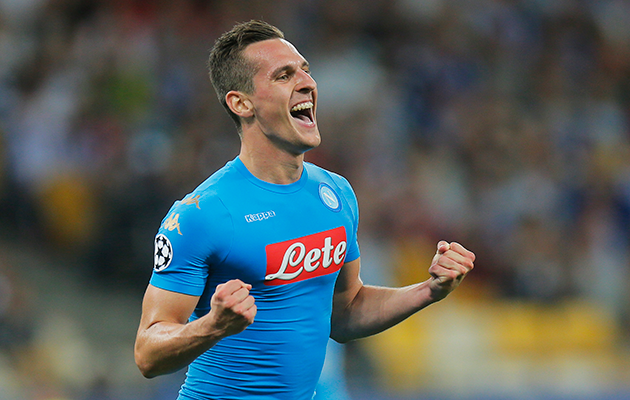 Arkadiusz Milik, Napoli
The Polish striker has helped Napoli forget about Gonzalo Higuain. His two goals in a 3-1 home victory over Bologna steered Napoli to the top of the Serie A table and took his personal goal tally to six in his past five games. 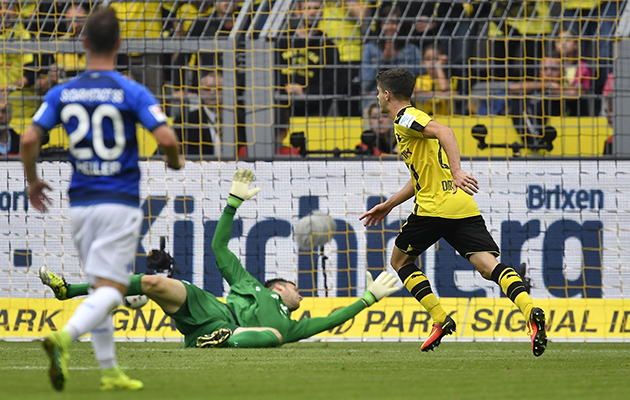 Christian Pulisic scores for Dortmund in the 6-0 thrashing of Darmstadt.

The young American celebrated his 18th birthday on Sunday, a day after his starring role in Dortmund’s 6-0 thrashing of Darmstadt. Pulisic scored once and provided two assists as Dortmund claimed their second successive 6-0 win after the Champions League win over Legia Warsaw last week. 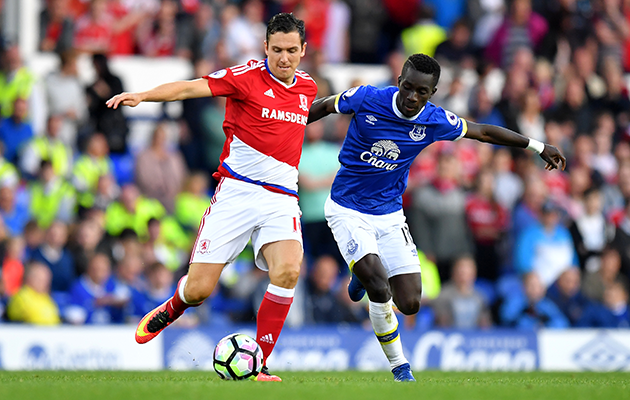 Idrissa Gueye 9right) has been an instant hit at Everton following his move from Aston Villa.

The Senegalese defensive midfielder was outstanding as his new club Everton moved up to second place in the Premier League with a 3-1 win over Middlesbrough.

Atletico coach Diego Simeone praised the French youngster after his two goals contributed to a 5-0 thrashing of Sporting Gijon. “He was the best player in Europe last season,” said Simeone. “He is in great form and will get even better if he continues like this.”

Radamel Falcao, Monaco
After two disappointing, injury-hit seasons in England, the Colombian is returning to form and fitness in France. He scored the opening goal for Monaco to set them on their way to a 3-0 victory over Rennes which took them clear at the top of Ligue 1.