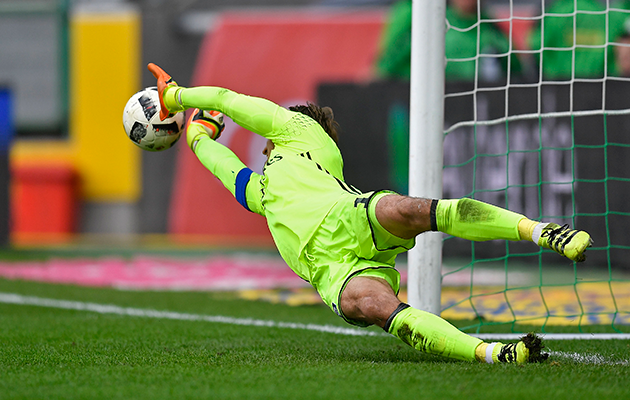 1. Cold feet in the land of penalty shoot-out kings
Converted, saved or off target, penalties proved to be the number one talking point in the German elite at the weekend.

For the first time since the autumn of 1986, ten spot-kicks were awarded in a single top-flight matchday and in a unusual outbreak of twitchy trigger fingers, five of them were missed. An episode of wastefulness unprecedented in the history of the Bundesliga.

The worst of the ‘Elfmeter‘ offenders? Undoubtedly Borussia Monchengladbach, who in their goalless draw at home to Hamburg, twice failed their test of nerve, visiting keeper, Rene Adler diving to his right to deny Andre Hahn and captain Lars Stindl smashing the ball against the bar.

Other members of the Doghouse Five included Dortmund hot-shot, Pierre-Emerick Aubameyang and RB Leipzig’s Swedish midfielder, Emil Forsberg, though at least both had the consolation of a goal from open play, the former netting his side’s equaliser against a wonderfully well-organised Hertha Berlin; the latter making up for his faux-pas with the only goal of the game at under-performing Wolfsburg.

As for Dr. Felix Brych, a lawyer by profession, he wrote a chapter of Crime and Punishment all on his own, pointing to the spot on no fewer than three occasions in Mainz’s 2-1 victory over Darmstadt; two for for the guests – one of which was missed by Antonio Colak – one for the hosts.

2. End of the road for Hecking
No one on the Bundesliga circuit would have been particularly shocked on hearing that Wolfsburg had fired Dieter Hecking, their ‘Trainer’ for the best part of four years.

Not so long ago, the ex-policeman’s was the man with the golden touch at the VW Arena, leading the Wolves to Bundesliga silver and the DFB Cup in 2014-15, voted German Coach of the Year for 2015 and taking his team to the quarter-finals of last season’s Champions League. But how quickly it has all unravelled, with considerable
investment in new personnel resulting only in domestic stagnation.

Despite featuring such big-names as striker Mario Gomez, creative midfielder, Julian Draxler and Swiss left-back, Ricardo Rodriguez, the Lower Saxons have won just once in the top-flight this term and the home defeat at the weekend to newly-promoted RB Leipzig was the final straw. ”

Following the disappointing results of late, we came to the conclusion that we needed to change the coach and give the team a new impulse, ” declared Wolfsburg general manager, Klaus Allofs. The club’s Under 23 coach, Valerien Ismael, who once starred at centre-back for Bremen and Bayern Munich, is to take over on an interim basis. 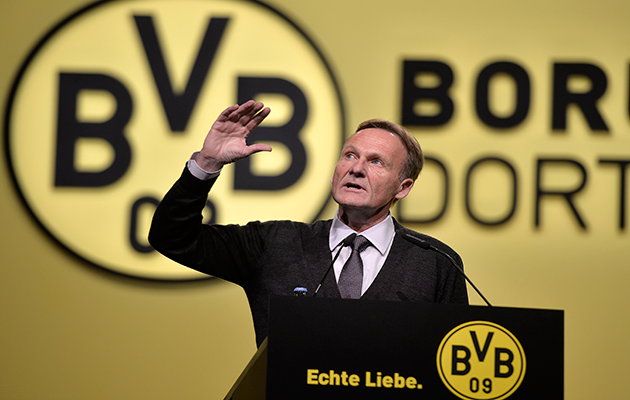 Borussia Dortmund CEO Hans-Joachim Watzke has written off his side’s chances of winning the league this season.

Even though the 2016-17 campaign is still in its infancy and his club are only four points behind leaders, Bayern Munich, Dortmund chief executive, Hans-Joachim Watzke already appears to have thrown in the Bundesliga title race towel.

Asked by Kicker magazine if his club could challenge hot favourites, Bayern, Watzke categorically responded in the negative, explaining that the Schwarz-Gelben had to have time to rebuild following the high-profile departures this summer of Mats Hummels, Henrikh Mkhitaryan and Ilkay Gundogan.

“Not this season,” declared Watzke. “We must not overburden our young squad with too many expectations. They (the many youngsters the Dortmunder have recruited of late) will not reach their potential this season. Bayern are one of the three best teams in the world. We’re looking to develop a team over the next year or two. By that time, we’d love to be in the position to win another title.”

Dortmund showed their limitations in Friday’s 1-1 draw at home to Hertha Berlin. Totally dominant in terms of possession, territory and playing class. Yet lacking guile in the final-third. 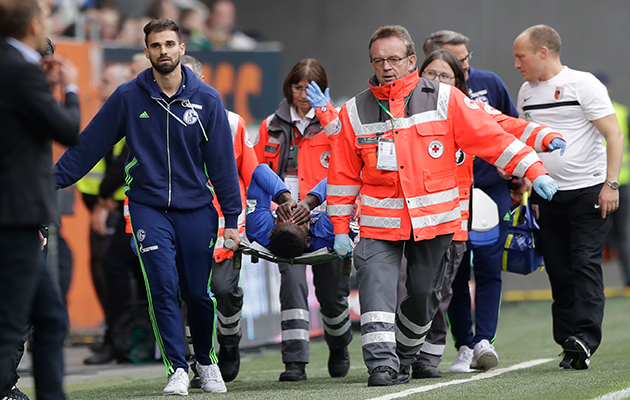 Schalke’s Breel Embolo is stretchered off against Augsburg.

New Schalke attacker Breel Embolo could be out for the season after suffering a horrendous injury in the 1-1 draw at Augsburg on Saturday.

The 19-year-old Swiss starlet collapsed in agony following a yellow card foul by home team defender, Kostas Stafylidis, and initially was thought to ‘only’ have fractured his ankle, but on further examination in hospital was also discovered to have broken his fibula and severely damaged the syndesmosis joint. He underwent an operation the next day, with doctors estimating that he will be sidelined for four to six months.

Schalke fans will not want be reminded that they have now lost the services of two of their biggest summer signings. First, ex-Sevilla full-back, Coke, who damaged knee ligaments in pre-season. Now Embolo, a 25 million euro buy from FC Basel.

5. Remember the name: Kai Havertz
A little slice of history was made on Saturday evening when Leverkusen coach Roger Schmidt decided to bring on teenage attacking midfielder, Kai Havertz seven minutes from the end of his side’s 2-1 loss in Bremen. At the tender age of 17 years and 126 days, the club’s academy graduate not only is the Werkself’s rawest-ever first teamer, but also is the seventh-youngest Bundesliga player of all-time.

Havertz, known for his nose for goal and ball-skills in tight spots, has represented Germany at Under 16 and Under 17 level and according to Roger Schmidt is very much made of the right stuff: “He’s a great lad. You can see that he has no problem with pressure. He appeared to be completely unimpressed by it all.”