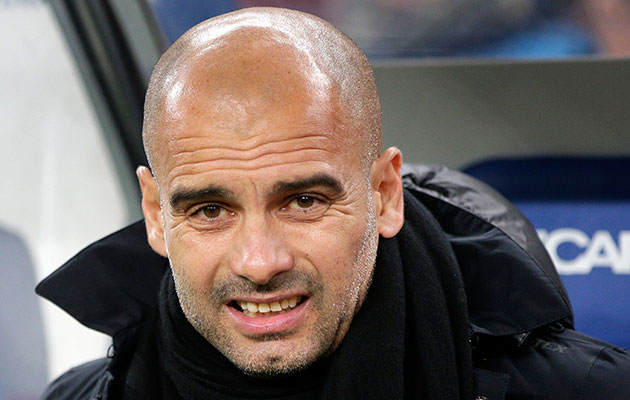 1. Bayern go counter-intuitive.
Their central defensive ranks decimated by injuries to Jerome Boateng, Javi Martinez and Mehdi Benatia, Bayern might have insisted initially that they would not be sending out a replacement SOS, but a few days later, plunged into the transfer market anyway, concluding a six-month loan agreement with Moscow Spartak for 28-year-old German international, Serdar Tasci.

Not long ago, Bayern chairman, Karl-Heinz Rummenigge, was bemoaning a distinct lack of quality in the mid-season window. So does that make Tasci just an ‘extra body’? Or even a panic buy?

Despite an excellent start to his career – playing a key role in Stuttgart’s 2006-07 Bundesliga title and making his debut for the Nationalmannschaft at the age of just of 21 – he has been a declining force for some time, winning his last cap six years ago and largely failing to live up to expectations in his two-and-half seasons with Spartak. 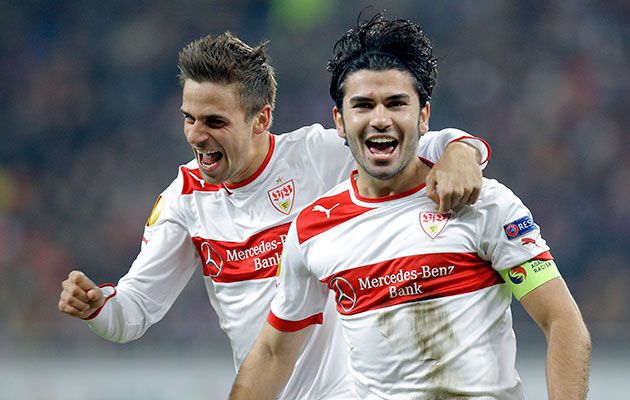 Serdar Tasci back in his Stuttgart playing days.

With his technical prowess and ability to bring the ball out from the back, he is, in some ways, a Pep Guardiola type of player, though doubts must remain about his physicality and pace at the highest level.

In recent weeks, both David Alaba (usually a left-back or midfielder) and number six Joshua Kimmich have looked good as emergency centre-backs and with Holger Badstuber also available to him, Guardiola will feel he already has enough options to hold the fort defensively. Tasci is additional insurance. Nothing more.

2. Stop press: Gladbach snap out of their corner curse.
Beaten in five of their last six outings, Gladbach’s 5-1 thumping of Bremen was not only a much-needed boost to their hopes of a Champions League qualifying berth. It also proved that they do know how to take an accurate corner.

Prior to Danish centre-back, Andreas Christensen, heading home Raffael’s centre early in the second-half, Gladbach were the only team in the league not to have scored from one corner kick this season, at long last hitting paydirt with their 78th attempt of the campaign.

Borussia should not get too carried away though. Defensively Bremen were a shambles throughout and should no remedy be found for their passivity and tendency to ball-watch, they will be relegated.

“If we concede 100 goals this term and still survive, it won’t matter to me,” declared Werder coach, Viktor Skripnik after the Borussia Park massacre.

A comment, some would argue, which very much sums up the Green-and-White predicament.

3. Ilicevic pardoned
Hamburg left-winger, Ivo Ilicevic, is to be allowed back into the first team squad after being temporarily sent to the dog-house for headbutting teammate, Michael Gregoritsch, during an ugly training ground altercation last week.

Dropped from the line-up for Sunday’s 1-1 home draw with Köln, the Croat international is due to leave the club for Bremen next season and many were thinking that Hamburg coach, Bruno Labbadia, would cut him loose completely. Not so, however.

“He really overstepped the mark and knows what he did was totally wrong, ” explained Labbadia, who usually makes a point of running a tight ship.

“He’s apologised, we’ve handled it and a line has been drawn under it.”

Tough times at HSV, who in their last six games, only have collected two points and once again are looking down the relegation barrel.

4. Matip en route to Liverpool?
The vast majority of Ruhr football insiders are expecting highly-rated Schalke centre-back, Joel Matip to announce this week that he will be quitting the Royal Blues on a Bosman free when his contract expires at the end of June.

The 24-year-old Cameroon international, a Schalke first-teamer for the past seven seasons and arguably their most consistent player this term, is thought to have received offers from several Premier League outfits, but is especially keen to join the Jurgen Klopp revolution at Liverpool.

5. Hoffenheim appear to give up the ghost.
Good enough to be Bundesliga Autumn Champions back in 2008, Hoffenheim’s seven-season residency in the top-flight is inexorably drawing to a miserable, insipid close.

Disorganised, dazed and confused, their abject performance in Sunday’s 2-0 home loss to Darmstadt had relegation running through it and for all the bullish noises continuing to be made by irascible Dutch coach, Huub Stevens, the air of resignation is palpable at the Rhein-Neckar-Arena.

Hoffenheim coach Huub Stevens faces his first ever relegation as a coach.

The numbers for 2015-16 do not lie: two wins, ten defeats and just eights points harvested by Stevens in his ten games in charge since taking over from Markus Gisdol in late October.

The south-westerners simply dot not have sufficient footballing class and desire to keep their heads above water. It’s not a question of old school Stevens being out of touch with modern-day players. Apart from the odd exception (keeper Oliver Baumann, central defender Nikas Sule and striker Kevin Volland), the raw material is not to hand.