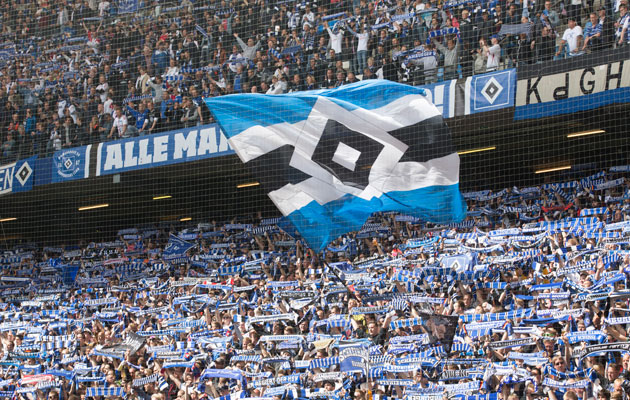 1. Freiburg and Paderborn bow out of the Bundesliga.
Relegated for the fourth time in 18 years, Sportclub Freiburg may take quite some time to recover from their latest brush with the down and outs. In the wake of their shock 2-1 victory against Bayern Munich last week, most connected with the Black Forest club must have felt they were in pole position to survive, but a lot can change in seven short days and in Saturday’s 2-1 loss at Hannover, they were shockingly pedestrian, treating a double-or-quits clash at the foot of the table with a mystifying lack of urgency and enterprise.

Victorious in only won of their previous 17 games, Hannover’s quest for maximum points and safety turned out to be a relatively untaxing affair and for such an intense competitor as Freiburg coach, Christian Streich, that will sting enormously.

That Paderborn ended their first-ever season in the top-flight, 18th and last, would not have startled anyone. Lacking both Bundesliga experience in their squad and adequate training facilties, the Paderborner always were the corner shop in a sea of supermarkets and can, on the whole, be satisfied, with the seven big scalps they collected this term.

2. Hamburg: Staying Alive ?
For the second consecutive season, Hamburg will put their elite status on the line in a two-legged relegation/promotion play-off against the second division’s third-placed club, this time going head-to head on May 28 and June 1 with Karlsruhe, who were last in the top division back in 2009. Bundesliga ever-presents for 52 years, HSV have been abysmal for most of this season, but have begun to grind out wins since Bruno Labbadia took over as coach last month, finally clambering out of the bottom-two thanks to Saturday’s 2-0 home victory over a pitiful Schalke.

Labbadia will be on familiar ground in the play-offs, having played up front for Karlsruhe in the early part of the new millennium.

3. Cometh the hour, cometh the man.
No Stuttgart player made a bigger contribution to their sensational escape from the jaws of relegation than striker, Daniel Ginczek. The scorer of seven goals in his side’s last nine matches, including the winner in the crucial 2-1 win at Paderborn at the weekend, the bustling ex-German Under 21 international has proved an absolute lifesaver for the Swabians and could well be in contention for a spot in Joachim Löw’s full Nationalmannschaft squad.

In the last four seasons, Ginczek has worn the colours of five different clubs (Borussia Dortmund reserves, Bochum, St Pauli, Nürnberg and Stuttgart) and needless to say, supporters at the Mercedes Benz Arena are keeping their fingers crossed that he does not go a-wandering again.

4. And the technical area nominations are….
Best Short Feature: Michael Frontzeck (Hannover) Although only in charge for five games at the business-end of the season, the former German international full-back moved quickly to break the cycle of negativity, transforming a divided, relegation-bound rabble into the solid, driven unit which avoided the drop with maximum points from their last two games.

Best Original Screenplay: Markus Weinzierl (Augsburg).  Despite working with a B-movie budget, FC Augsburg’s young coach had no trouble at all producing a blockbuster: a stupendous fifth-place at the Bundesliga box office and FCA’s first taste of European football.

Best Director: Ralph Hasenhüttl (Ingolstadt) and Dirk Schuster (Darmstadt). Any coach capable of steering an unfashionable lower league side to their first-ever promotion to the Bundesliga, has to be a special one and both second division champions, Ingolstadt and runners-up Darmstadt have two of the most accomplished young bosses in circulation.

By taking his team from third tier to top-flight in just two years, Darmstadt coach, Dirk Schuster – a former rumbustuous defensive marker for the East German national team and Karsruhe – has worked nothing less than a miracle, while  Hasenhüttl is a master of the water into wine process, of concealing his side’s weak points beneath a thick veneer of sound organisation, excellent pressing and directness.

5. Di Matteo and Schalke: a mismatch from start to finish.
Schalke’s decision to fire coach Roberto Di Matteo after just six months in charge was as inevitable as a blazing row at the club’s AGM.

The Royal Blues’ soporific form this term – finishing a highly-disappointing sixth in the Bundesliga and thus failing to qualify for the Champions League for the first time in four years – never was going to be acceptable and truth to tell, the Gelsenkirchen fans never particularly took to the ex-Chelsea boss, finding him too cold, too technocratic and, above all, too defensive.

A basic requirement in these parts is for the players to sweat and graft for the cause, but far too often under Di Matteo, his expensively-assembled group oozed disinterest and detachment. Only rarely did call the shots with any emotion and, not surprisingly, his team showed even less.