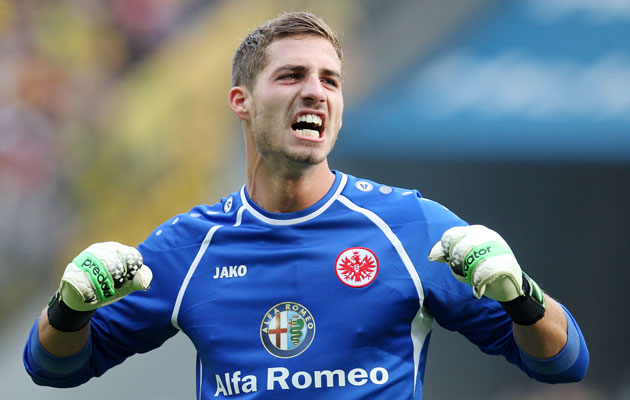 1. Anything but Trapped.
Just a fortnight after Marc-Andre ter Stegen helped Barcelona claim the 2014-15 Champions League, another young German keeper looks set for an upwardly mobile switch beyond the frontiers of the Bundesliga.

Paris Saint-Germain have tabled a 9 million euro bid for Eintracht Frankfurt’s up-and-coming goalie, Kevin Trapp – thus springing a release clause in his contract –  and with the French champions rumoured to be offering him a substantial wage increase and top-level European football, how could the 24-year-old refuse?

Newly-appointed Eintracht coach, Armin Veh, back for a second spell at the Waldstadion helm, admits that much has changed since he signed Kevin from Kaiserslautern back in 2012: “I brought him in as back-up keeper for one-and-a half million euros, which by our standards was a relatively high price. Over the last few years he has really developed and now has to be one of the candidates to eventually take over from Manuel Neuer in the Nationalmannschaft goal.”

2. Leverkusen go shopping at the Copa America.
Following the recent departure of highly versatile and influential midfielder, Gonzalo Castro to Dortmund, the Leverkusen recruitment council of director of sport Rudi Voller and team manager Jonas Boldt think they have identified a fine replacement in the shape of Chilean star Charles Aranguiz.

The tigerish yet technical Aranguiz is currently on the books of Brazilian side Internacional of Porto Alegre and is rated in the 10 million euro bracket. He is thought to be very keen of a move to Germany and apparently has received glowing reports of the Rhineland outfit from fellow La Roja idol, Arturo Vidal, who played at the BayArena from 2007-11.

In his former role of Leverkusen chief scout, Jonas Boldt played a substantial role in the recruitment of the more youthful and sober Vidal and could represent the inside track in this particular transaction. 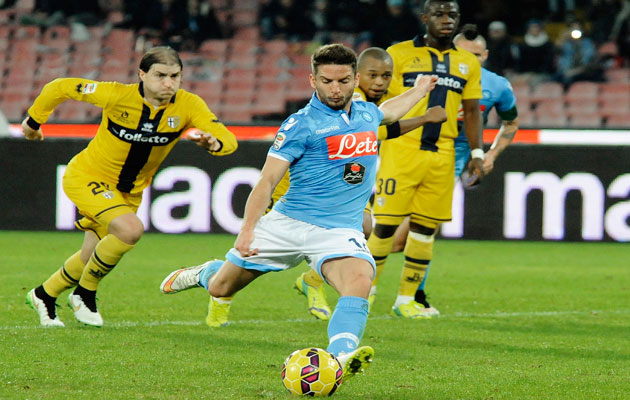 Belgian winger Dries Mertens, rumoured to be unsettled at Napoli, his home for the past two seasons, is being linked with a move to the Bundesliga, with Wolfsburg, Dortmund and Schalke apparently all keen on signing the dynamic little wide-man.

Capped 44 times by the Diables Rouges, the 28-year-old also appeals to Tottenham and Liverpool in the Premier League and while England remains the land of the big bucks, he probably would enjoy more playing time in the German top-flight. Could be available for as little as 12-13 million euros.

4.  Bayern to do battle with the Premier League for Ntep. 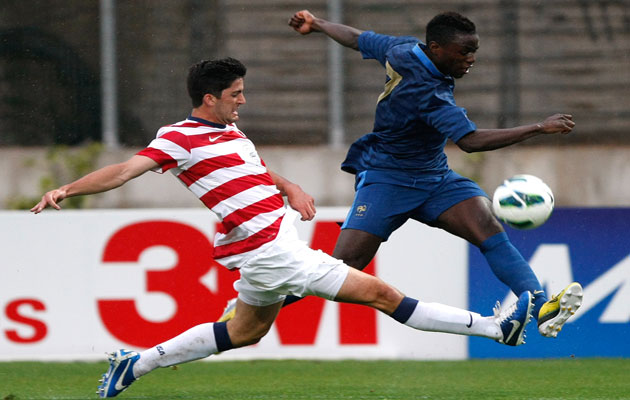 According to the tabloid Bild, Bayern Munich – like a number of Premier League outfits – have their beady eyes on Stade Rennais left-winger Paul-Georges Ntep, the rising Ligue 1 starlet who has been so impressive since arriving from Auxerre 18 months ago. The 22-year-old attacker, born in Cameroon but brought up in Greater Paris, won his first full cap for Les Bleus earlier this month in the 4-3 loss to Belgium.

Ntep is outspoken, hot-headed and athletically explosive and while he is not openly pushing to quit the Breton club, his relationship with coach Philippe Montanier is not the best, the pair almost coming to blows in a training ground clash last November.

5. Stuttgart’s Honolulu Baby.
Leading sports magazine Kicker are reporting strong interest from VfB Stuttgart in USA national team striker, Bobby Wood, who recently enhanced his reputation with a couple of well-taken goals in friendly victories over Holland and Germany. Stuttgart technical director, Robin Dutt is believed to have phoned Team America boss Jurgen Klinsmann – himself a former VfB star turn – for his take on the youngster and if only we had that conversation wire-tapped.

Aged 22, the Hawaii-born Wood has been based in Germany since 2007, learning his chops at the 1860 Munich academy and spending the second-half of last season on loan at second division, Erzgebirge Aue.