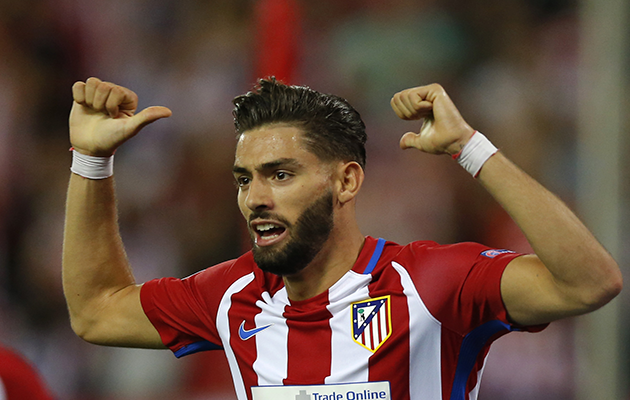 While the world was being ‘entertained’ by Liverpool against Manchester United, down in the Basque Country Osasuna were on their way to a 3-2 victory over Eibar. Five more goals for another weekend that was packed with them. Packed with belters too, from Isco to Aritz Aduriz, Iker Muniain to Isaac Cuenca.

It had started with a 0-0 draw between Las Palmas and Espanyol on the Friday night, but luckily it didn’t carry on that way. By the time Roberto Torres got the winner on Monday, it was the forty-fourth goal of Spain’s eight round of games. It also completed the third 3-2 and left the top six separated by just three points. All of them won this weekend. All of them scored more than three, in fact: Atlético 7, Madrid 6, Sevilla 3, Barcelona 4, Villarreal 5, Athletic 3.

And next weekend promises to be pretty tasty too: Barcelona go to Valencia, Athletic go to Madrid, Atlético go to Sevilla, and there’s a Galician derby as well. Oh, and two of the bottom three face each other as well.

So, Cesare Prandelli won his first game in charge of Valencia – a 2-1 victory at Sporting Gijón which was clinched thanks to two goals from midfield Mario Suárez. That’s as many goals in one match as he had scored in the last four years out together.

The win pulled Valencia out of the relegation zone, where they had found themselves pre-match. After it, Prandelli was asked if the team could qualify for the Champoins League. And they say fans there are demanding…

Over a year they had gone without an away victory, the last coming in Malaga on the final day of the 2014-15 season. Then, this weekend, at last, 511 days later, they finally did it. 2-0 up at Leganes, they found themselves brought back to 2-2, manager Jorge Sampaoli admitting that players start to wonder if they would ever win away again, before Sarabia curled in a gorgeous winner in the 85th minute.

“We pulled a thorn from our side,” said Franco Vázquez.

*By the door at Betis’s stadium stood a young boy, waiting for his hero. His name is Charly and he loves Cristiano Ronaldo. When at last the Portuguese arrived, he shook Charly’s hand, posed for a photo, and asked: “And you play here?” “Yes,” the lad said. “And it’s my birthday today.” Ronaldo embraced him. “Happy birthday,” he said.

For Charly Mousonda, turning twenty, maybe it had been too; for his team-mates it was a different matter. On loan from Chelsea, Mousonda’s manager says that he has “everything” to be a great player only to leave him out of the team to face Real Madrid, but perhaps it wasn’t all bad. At least he didn’t have to suffer the 7-1 defeat that they did. 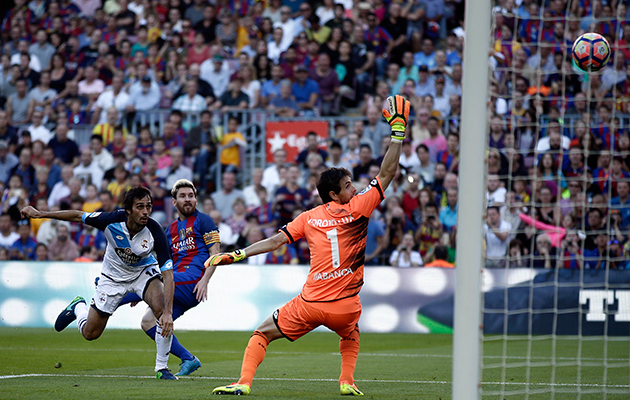 Why waste time? Lionel Messi scores within minutes of returning from injury.

*Returning from injury, Messi had been non the pitch three minutes when he scored against Deportivo. Well, why waste time?

Yannick Carrasco scored his first hat-trick this weekend as Atlético out seven past bottom-of-the-table Granada, the team whose new manager Lucas Alcaraz, supporter, player, twice manager and season ticket holder at Los Cármenes, admitted: “I’d rather run the risk of being relegated than not answer their call.” Asked what Diego Simeone had told him, Carrasco replied: “to shoot more.”