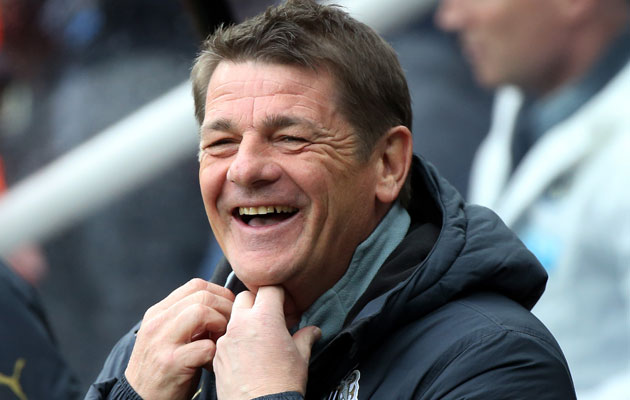 John Carver has claimed he is the best coach in the Premier League.

This, despite leading the club to eight successive defeats and into a relegation dogfight.

The 50-year-old, who held talks with managing director Lee Charnley on Sunday after Saturday’s 3-0 defeat at Leicester, has three matches to reverse the club’s fortunes.

But, whatever else he may be lacking as a coach, Carver, as you can see from the following quote, is certainly not short on confidence.

“I still think I’m the best coach in the Premier League. That’s what I think. Now there’s nothing wrong with that, but I still do.

“If I have the right tools, I can do the job. I’m doing the job to the best of my ability at the moment and I’ll continue doing that for the next three weeks.”

In terms of tools, there have certainly been plenty of them on the pitch in recent weeks. Chief among them, Mike Williamson, whom Carver accused of trying to get himself sent off in the defeat to Leicester City.

The caretaker boss’s position has been further undermined by Newcastle approaching Derby County manager Steve McClaren with a view to the former England coach taking charge for the remaining three matches of the season.

McClaren, whose Derby team missed out on the play-offs to the Premier League on the final day of the season, turned that offer down. He did, though, offer his support to the beleaguered Carver.

“He came down last week,” McClaren said of Carver. “We had a cup of tea in the office and he talked enthusiastically about the club. John has got into a difficult situation – he’s really up against it – but he was talking positively.”

As befits a man who thinks he is the best coach in the Premier League.