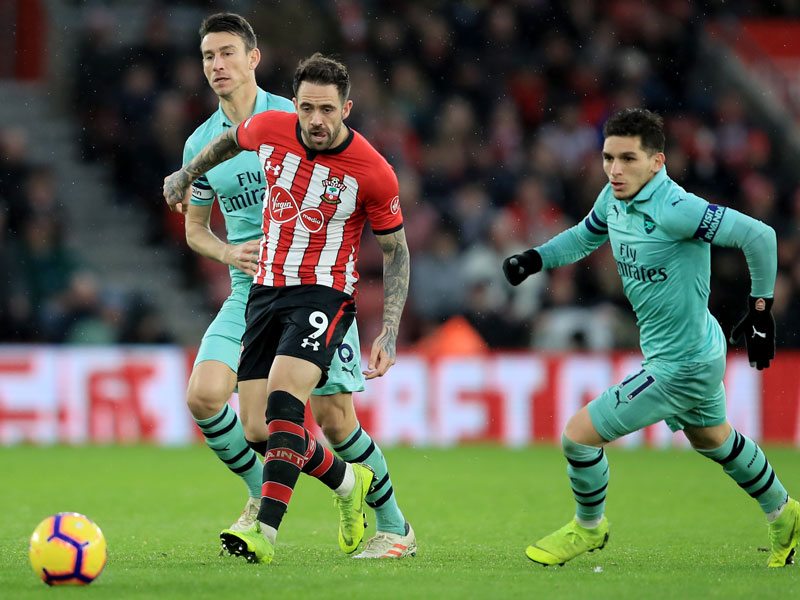 Brian Glanville: Revived Saints Too Much For Overrated Arsenal

Having watched Arsenal make very heavy weather at home to the modest Huddersfield Town, the spectacular winning goal coming only the the final minutes, I saw them as an overrated team.

This despite the fact of an extended unbeaten run and the plaudits given to their new manager Unai Emery; 22 matches played without defeat. By stark contrast with Southampton‘s miserable record.

Last Sunday’s defeat of Arsenal would be the Saints’ first home win in over a full year. A massive tribute to their newly appointed manager, the Austrian Ralph Hasenhuttl. Clearly an inspired appointment since he has transformed the team so soon after his arrival.

To be fair to the Gunners, injuries forced them to deploy a makeshift defence in which the experienced centre-back Koscielny, so long out injured, was all too clearly rushed back into action.

None of which should be allowed to detract from the Saints’ astonishing revival gaining only their second home win in over a year. For their part Arsenal who had recently announced they did not want to deploy the German international Ozil, paid a massive £350,000 a week, away from home. This time they did bring him on later in the second half where his performance was at least adequate. But nothing should be taken away from these belatedly revived Saints and their new young manager.

An Ozil in his best form – alas such a rarity –  could be exactly what the Gunners so badly need. I cannot see anyone else in their ranks capable in the old Italian saying of inventing the game. The lively little Uruguayan Torreira did all he could to revive his team but it was not enough. Danny Ings, the Southampton striker, may be only 5 foot 10 inches, but he was tall enough to head a couple of goals.

Tottenham Hotspur seem likely to be paying a high price for the decision of chief executive Daniel Levy to preside over the the rebuilding of White Hart Lane.

Though a formidable executive, he has no background in building and things have been going badly and expensively wrong, with important work having to be junked and repeated. His decision can alas be seen as a false economy.

The immense cost of the new stadium seems all too likely to restrict future forays in the transfer market, already evident last summer.

Shades of a famous poem by Hilaire Belloc:

Himself. It struck him dead: And serve him right.

It is the business of the wealthy man

To give employment to the artisan.