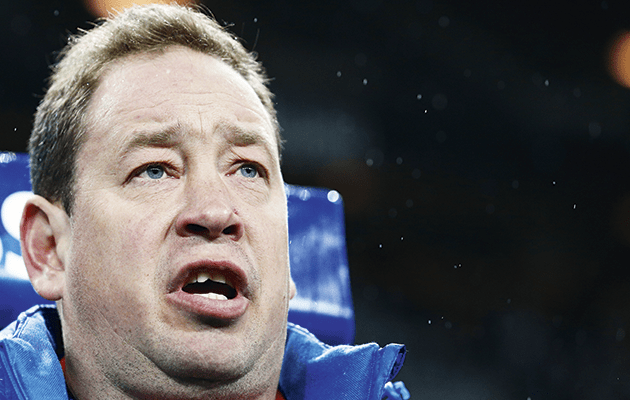 Following Russia’s miserable performance at Euro 2016, the Premier League is faced with the tough task of restoring the confidence of fans and bringing them back to the stands.

The two main title contenders, last season’s champions CSKA and Russian Cup winners Zenit, met in the Super Cup game at Moscow’s Lokomotiv stadium in July, with its intended role as the inaugural match at the long-awaited CSKA arena having to be cancelled as construction work had not been completed in time.

Zenit ran out 1-0 winners, thanks to a first-half goal from their Brazilian midfielder, Mauricio.

CSKA boss Leonid Slutsky, who had combined his role with that of national coach, resigned from his second job after France and will be now be fully engaged with the club. According to many experts, his dual responsibilities almost cost CSKA the title last term, which they managed to snatch in their final game of the campaign, against Rubin, only thanks to a brilliant performances from goalkeeper Igor Akinfeev and playmaker Alan Dzagoyev. Akinfeev will once again captain the side while Dzagoyev, who scored the winning goal but then got injured, is almost back to full fitness and will be keen to make up for having missed the Euros.

Having sold their leading striker Ahmed Musa to Leicester City for £16.6million, CSKA have had to look elsewhere for a centre-forward and eventually replaced the Nigerian with Ivorian striker Lacina Traore. The club’s other noteworthy move was giving the Russian citizenship to Mario Fernandes. The Brazilian right-back will no longer be rated as a “legionnaire”, which is important in the league which still limits the number of foreign players. Fernandes, who was capped by Brazil in a friendly against Japan in 2014, will now also be eligible to play for Russia.

While last season’s surprise runners-up Rostov prolonged the contract with one the country’s top coaches in Kurban Berdyev, Zenit found a replacement for Portuguese boss Andre Villas-Boas in 71-year-old Romanian Mircea Lucecsu, who signed a two-year deal after a 12-year spell with Shakhtar Donetsk.

One of the Russian league’s top players of the last decade, Hulk left Zenit for China, with the 29-year-old Brazilian international striker joining Shanghai SIPG for almost E56m plus bonuses, which was a record for Russian football.

Zenit recalled the country’s all-time leading international goalscorer Alexander Kerzhakov from his loan spell in Switzerland with Zurich, but unless he is paired with Artem Dzyuba he will be in direct competition for a starting place with the current Russian first choice.

Fifth-placed Spartak Moscow retained Dmitri Alenichev as coach and signed Brazilian midfielder Fernando from Sampdoria for E12m, making him the league’s most expensive purchase so far.