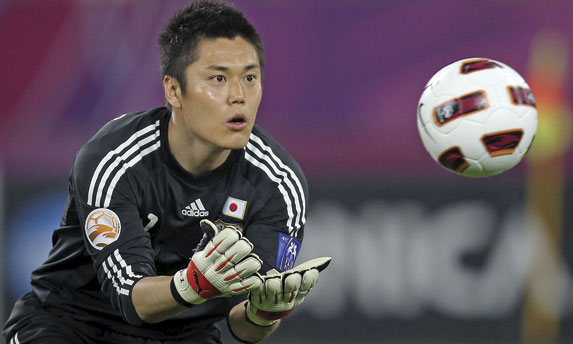 Japan’s first-choice keeper Eiji Kawashima has never been lacking in drive or ambition, and as soon as his nation’s 2010 World Cup expedition had drawn to a close he was looking for new frontiers to conquer, saying: “I straightaway understood that I could only improve if I was to switch to a superior championship in Europe.”

Having made the decision to quit Kawasaki Frontale, he signed a two-year deal with newly promoted Belgian top-flight side Lierse and, although he had a few teething problems, by the onset of winter he was cutting such an impressive figure that English Premier League club West Bromwich Albion were reported to be ready to make a bid.

Nothing less than a superstar in his homeland, Kawashima has turned the Herman Vanderpoortenstadion into something of a Japanese outpost, with journalists and fans beating a path there in huge and wildly enthusiastic numbers. 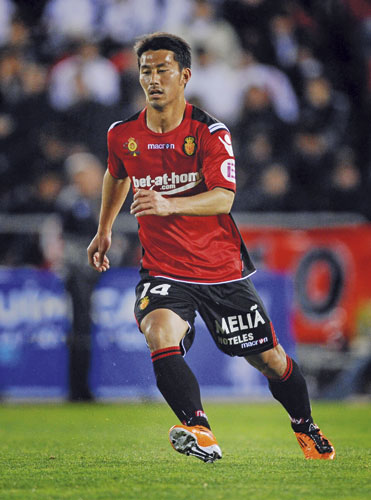 The second Japanese to play for Mallorca – following in the footsteps of Yoshito Okubo six years ago – winger Akihiro Ienaga was personally recruited in January by the Balearic club’s vice-president, Llorenzo Serra Ferrer, who saw his signing as too good an opportunity to miss.

Apart from finding a player who reminded him of Manchester City and Spain star David Silva, the Mallorca chief was also delighted to discover that his target was available on a free transfer as his contract with Gamba Osaka stipulated that any move abroad would not involve a fee. Croat champions Dinamo Zagreb were also on the case, but Serra Ferrer moved quickly to seal a five-season deal for a player who made his international debut in 2007.

Some have suggested the move was motivated by Mallorca’s desire for a greater international profile, but that should not be taken to mean that he is just a commercial prop. With his pace, ability in one-on-one duels, imagination and capacity to play on either flank – although the left side is his favoured domain – “Aki” is good enough to stand on his own two feet. 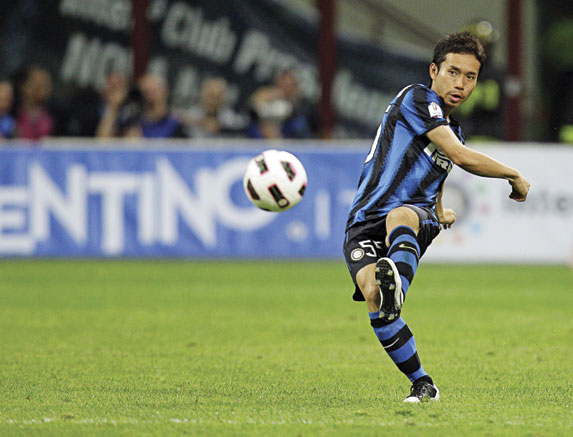 National team defender Yuto Nagatomo has proved himself to be both a feisty operator and an outstanding overlapper since his arrival in Italy 12 months ago from J.League side Tokyo.

He initially joined Cesena on loan for five months, signing a long-term deal in January after impressing in Qatar as Japan won the Asian Cup. But as soon as he arrived back in Europe he was off again, loaned out to reigning Serie A and European champions Internazionale.

In a tough season when Inter relinquished both crowns – and had to make do with the more modest spoils of the Italian Cup – the 5ft 7in full-back was one of their rare bright spots, so it was no surprise when the Nerazzurri made the deal permanent, paying Cesena £5.6million, plus two youth-team prospects
as an extra sweetener. 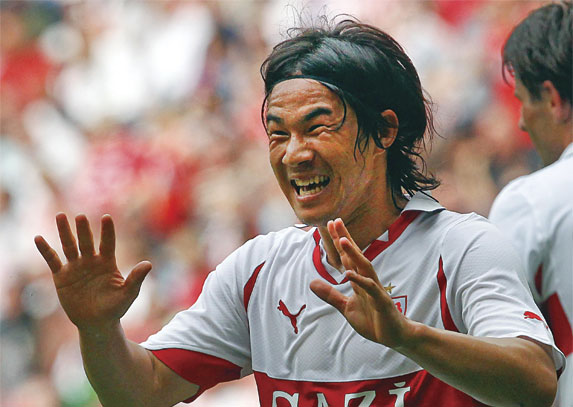 Bought for £450,000 early this year from Shimizu S-Pulse, centre-forward or left-sided attacker Shinji Okazaki may have scored only twice in 12 games during his first six months in the Bundesliga, but fans of Die Roten are not writing him off just yet. Okazaki’s scoring record for Japan – 22 in 46 matches – is an enviable one, and he is a gritty, hungry character with a wide repertoire of tricks to call on.

Capable of wriggling out of the tightest of spots, he can finish with either delicacy or power, and although just 5ft 9in he has more than enough aerial craft.

With the culture shock of playing in Germany no longer an issue, a much better campaign should be on the cards this term and his morale will have been boosted by the memorable long-range goal he scored on the opening day of the season against Schalke. 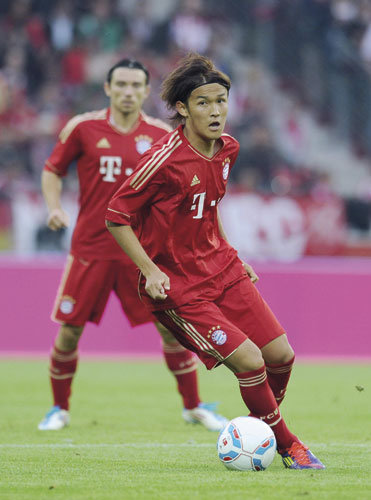 “Stupid people don’t do well in football,” wrote Bayern loanee Takeshi Usami in a recent diary piece for a Japanese magazine, and the attacking all-rounder is clearly a bright, inventive, quick thinker himself.

Voted the best newcomer in the J.League last year, the Gamba Osaka starlet has much riding on the next eight months or so. A good showing in the Bundesliga will have Bayern champing at the bit to take up their option to sign him permanently, while a season on the bench will almost certainly signal “sayonara”.

A quick dribbler with an eye for goal, Usami can also play as a deep-lying striker, a playmaker or on either flank in midfield. Barely 17 when he made his debut for Gamba, he has represented his country at all levels from under-13 upwards and made his senior bow this summer in the Kirin Cup. 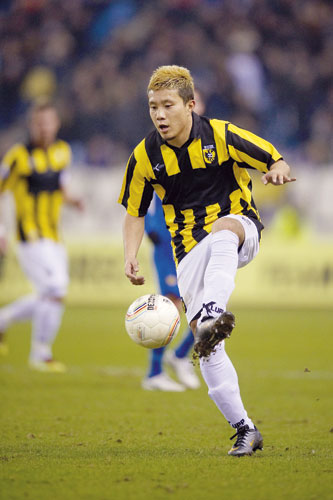 In recent times a number of Japanese players have sparkled in Dutch football – notably midfielders Shinji Ono at Feyenoord and Keisuke Honda with VVV Venlo – and, since joining Vitesse from Gamba Osaka in January, Michihiro Yasuda has been making similarly impressive headway.

An energetic and intelligent raider, the full-back has made huge strides defensively and is much more assured than when he first arrived in Holland. Asked to compare the J.League and the Eredivisie, he simply points to the greater speed and intensity of the Dutch game with its relentless pressing.

Despite his youth, he came to Holland having won a glut of trophies with Gamba – Emperor’s Cup in 2008 and 2009, J.League Cup in 2007 and the 2008 Asian Champions League – and also played in the 2008 Club World Cup, lining up against Cristiano Ronaldo and Manchester United.