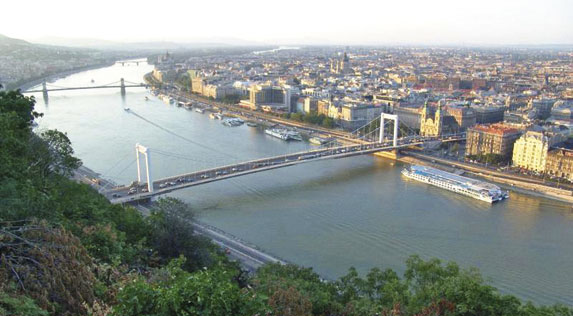 Although provincial teams now dominate Hungarian football, the Nemzeti Bajnoksag I (NB I) is still home to four clubs from the country’s capital – which means visitors are guaranteed at least one top-flight game on any given weekend.

Divided by the Nepliget park, city rivals Ferencvaros and MTK are the country’s two most successful clubs, winning every title from 1903 until 1929 between them, and boasting a combined total of 51 championships (28 and 23 respectively). MTK are by tradition a club with Jewish origins, while Ferencvaros – due to much of the anti-Communist uprising of 1956 taking place in the area surrounding their stadium – have a big right-wing following, so racial undertones now blight any game between the two teams. However, their intense rivalry is currently on hold as MTK were relegated at the end of last season and they now play in the second-tier NB II.

The city’s third club, Ujpest, were originally a police team who broke the monopoly of the big two in 1930 and are next in the all-time champions list with 20 league titles. They have also replaced MTK as Ferencvaros’ big derby rivals and any game between the two calls for a massive police presence, with visiting supporters being bused in and out for matches. Ujpest’snorth Budapest derby with Vasas is rarely as passionate.

One bright spot for the capital this season has been the return to form of Honved, who were originally the Hungarian army side.

Ferencvaros were bought in 2008 by Sheffield United owner Kevin McCabe. Having acquired Hungary’s most titled club, its stadium and the land around it, the English businessman initially oversaw the team’s return to the top flight after their earlier enforced relegation due to financial mismanagement.

However, grandiose plans to transform the club and its infrastructure have yet to see the light of day and chaos reigns, with McCabe widely reported to be trying desperately to sell his shares.

With four Budapest clubs currently in the Hungarian top flight, derbies take place on a regular basis. Match tickets can be bought on the day of a match and will cost about HUF2,000 (£6). 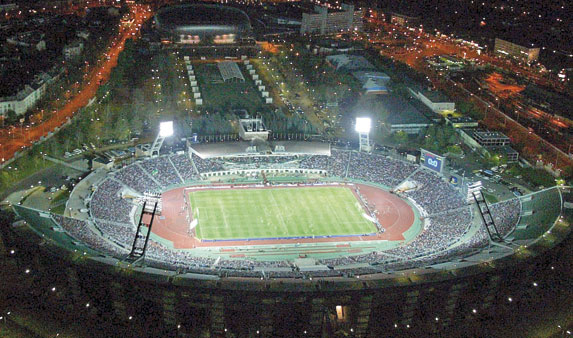 Opened in 1953, the former Nepstadion (“people’s stadium”) was renamed after the country’s most famous footballing son in 2002. Next to the metro station of the same name on red line M2, the national stadium has been the subject of much talk of reconstruction. Plans for its closure and rebuilding after October’s Euro 2012 qualifier against Finland are still on ice and, for the time being, the capacity remains at 40,000. 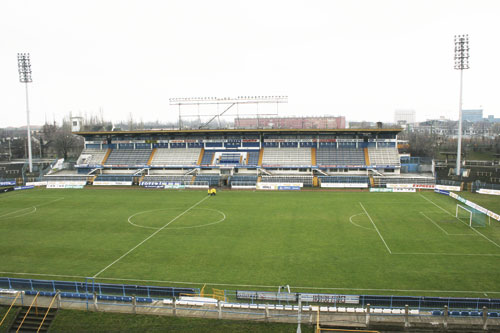 Named after one of the club’s most famous former players, you might recognise the main stand and gates of the 12,700-capacity ground from when it doubled up as the Colombes in Paris during the cult football film Escape to Victory. To reach the stadium, take tram 1 or the
1A line. Visit here for ticket details. For a pre-match drink, cross the Sport utca to fellow second-tier side BKV Elore’s ground, which is situated opposite. 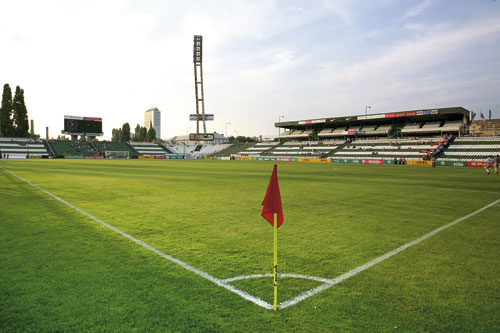 Despite plans to transform the arena, which was opened in 1974, into a modern sport and multipurpose complex, the stadium named after the club’s star of the 1960s looks pretty sorry for itself these days. There’s no bar or restaurant, and only a modest club shop near the main offices where match tickets are sold. See here for further details. The ground is situated by Nepliget on the blue M3 metro line. 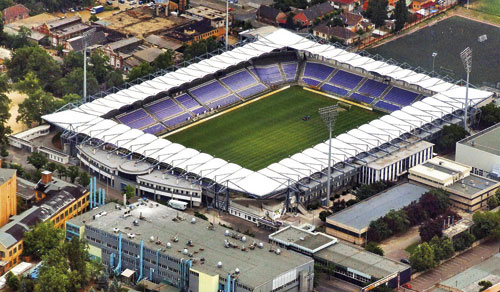 The 1999 takeover by local businessmen saved the club and saw the Megyeri ut ground, which was originally built in 1922, transformed into this 13,500-capacity all-seater stadium, which is now named after one of the country’s all-time top strikers. From Ujpest-Varoskapu on the M3 blue metro line, take bus 104, 122 or 204 for 10 minutes. Tickets are sold in the club shop by the official car park. More details here. 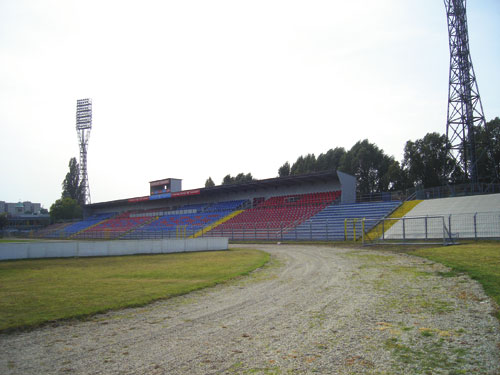 Named after the coach who was a club figurehead for so many years, the easiest way
to reach the 18,000-capacity ground is by bus 32 or 120 from Arpad hid (Arpad bridge). There’s a modest bar to the right of the main stand as you approach from Hajdu utca. Visit here for ticket details. 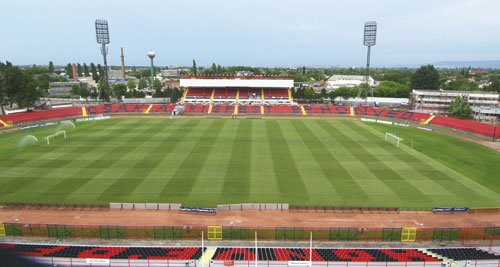 Named after a player from the 1950s, the 10,000-capacity arena is in Kispest, at the terminus of tram 42 from metro station Hatar ut on the blue M3 line. There’s a modest cafe in the main building, while the nearby Arena bar is done out in red and black. The Puskas Tribun is the best place for neutrals to watch from and ticket details are available here.

The second-tier side’s 2,500-capacity ground has an authentically retro bar/restaurant that is decorated with pennants from obscure clubs from around Eastern Europe that represent transport workers. For more information visit here.