With just two miles separating their respective grounds, and a combined total of more than 350,000 members spread all over the Portuguese capital, Benfica and Sporting Lisbon have enjoyed the closest of rivalries for well over 100 years.

Formed by the union of two smaller clubs in 1904, Benfica were originally backed by the educated sons of middle-class families and former pupils of a school in Belem. However, a split in the ranks after two years saw half the membership leave to set up a rival team, which was to become known as Sporting Clube de Portugal.

Since the first derby match was staged – in December 1907 at Carcavelos, 10 miles down the coast from the capital – Benfica have had the edge on Sporting, winning more Primeira Liga titles (32 to 18), more European trophies (two to one) and, ultimately, more games between the pair.

Set apart from the big two, both in terms of geography and, since 2010, league tables, second-tier Belenenses are, apart from Boavista, the only club other than Benfica, Sporting and Porto to have won the Portuguese championship, taking the title in 1946.

Atletico, whose best days were way back in the 1940s, shortly after they were formed following the amalgamation of Carcavelinhos and Uniao de Lisboa, also play in the second division.

And as an added curio, Lisbon also has a national stadium like no other.

Set deep in the woods of Oeiras, and designed for public displays as well as sports events, the Estadio Nacional is the traditional home of the Portuguese Cup Final. 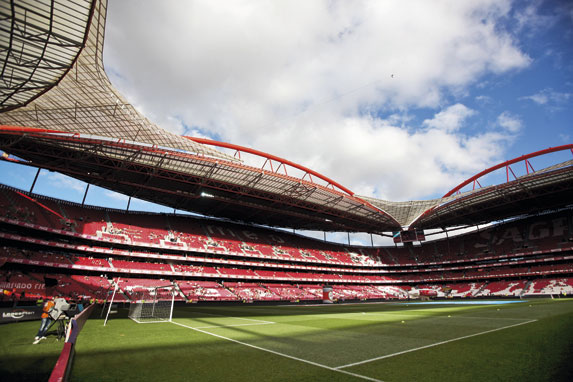 Once able to hold 127,000 fans, the stadium was renovated in 2003 for the following year’s European Championship and hosted the Final, in July 2004, when Greece beat the host nation.

Now limited to 65,000 and built around a modern complex of shops, restaurants and a health club, the ground’s nearest metro station is Colegio Militar-Luz on the blue line. Ticket prices start at €17.50 and are available from www.slbenfica.pt. 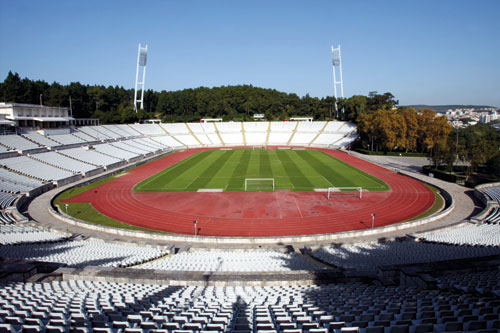 Also known as “Jamor”, the now outdated 37,000-capacity stadium was the venue for Celtic’s European Cup Final victory over Internazionale in 1967 and still stages the Portuguese Cup Final most seasons. The ground is a 30-minute tram ride from Lisbon, followed by a 15-minute walk. 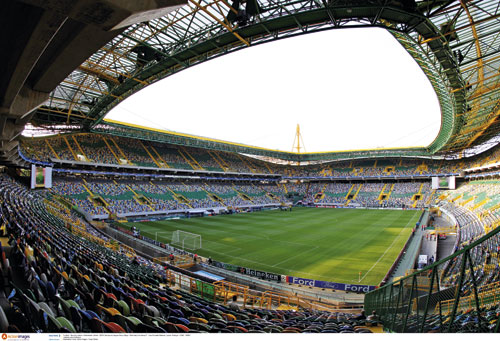 Rebuilt in 2003 and financed almost entirely from supporters’ donations, the 50,000-capacity arena – which contains a multiplex cinema and health club – takes its name from the viscount landowner who played a pivotal role in the club’s foundation in 1906.

Situated at Campo Grande, on the yellow and green metro lines, you can order tickets for a seat in the stand along either touchline (Bancada A or B) from the club’s website, for around €20-25. These can then be picked up at the ground, from three days in advance up to two hours before kick-off. 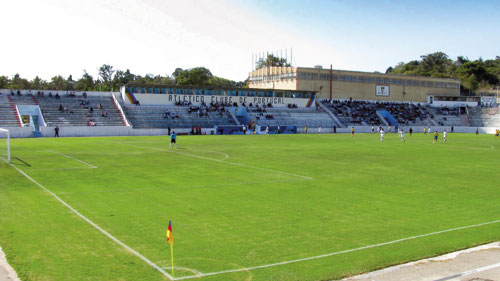 Less than a kilometre from the 25 de Abril Bridge that so dramatically crosses the Tagus, this 10,000-capacity stadium is on the other side of the main Avenida da Ponte from Alcantara station. Last hosted top-flight action in 1977. 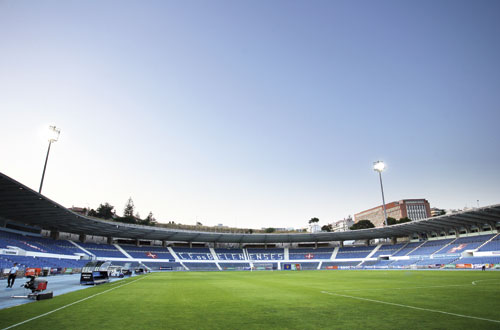 Situated in Belem, which is 10 minutes by suburban train from Cais do Sodre, this 25,000-capacity arena is situated behind the Jeronimos Monastery.

Sporting host Benfica at the Estadio Jose Alvalade on April 7 and will be hoping to avenge their 1-0 defeat earlier in the season at the Estadio da Luz, when Javi Garcia scored the home side’s winner in the 42nd minute.

In one of his last derby matches, Eusebio scored both goals in Benfica’s 2-0 win in December 1973. The result did not prevent Sporting going on to win the title, but the game is remembered for its tragic aftermath. On leaving the stadium, referee Fernando Leite and his two linesmen were killed in a car crash.

Where in the world?

No European capital city is nearer to the beach than Portugal’s Lisbon.