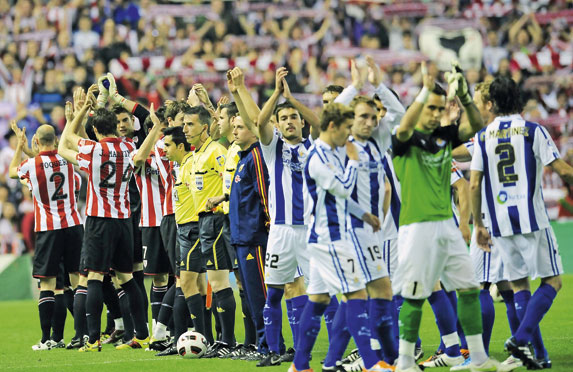 There are currently five La Liga clubs in the regions that spread across northern Spain – Racing Santander in Cantabria, Sporting Gijon in Asturias, Osasuna in Navarre, and Athletic Bilbao and Real Sociedad in the Basque Country – and with most being situated close to the coast, a weekend football break can easily be accompanied by some seaside relaxation.

Much of the area’s football history is linked with industrialisation and the British influence at the turn of the last century. Foundry men and mining engineers from the UK brought football to Bilbao – plus the red-and-white striped shirts of the then-dominant English club, Sunderland. Another trend was for wealthy local industrialists and merchants to send their sons to England for their education, and it was they who brought back the new game of football with them to San Sebastian in the early 1900s.

Athletic Bilbao, Racing Santander and Real Sociedad were, along with Basque sides Real Union de Irun and Arenas Club de Getxo, founding members of the original Spanish league in 1927. Along with Barcelona and Real Madrid, Athletic have never been relegated from the Spanish top flight, and their achievement is all the more remarkable considering they have always carried out a policy of only hiring players with Basque connections.

The Basque derby between Athletic Bilbao and Real Sociedad is a display of regional solidarity against Spanish rule amid low-key animosity between the two clubs. Athletic represent traditionally working-class Bilbao, while Real (Spanish for “royal”) Sociedad come from the fashionable resort of San Sebastian along the coast.

Basque football’s heyday came in the immediate aftermath of Franco’s death, a fortnight after which the captains of the two teams jointly displayed the illegal Basque flag to a cheering derby crowd. Within seven years, Sociedad had won the league twice, in 1981 and 1982, with Athletic winning the next two.

Both clubs originally had a policy of fielding only Basque players, until Sociedad signed Republic of Ireland striker John Aldridge in 1989. Athletic continue to be the Basque flagship. 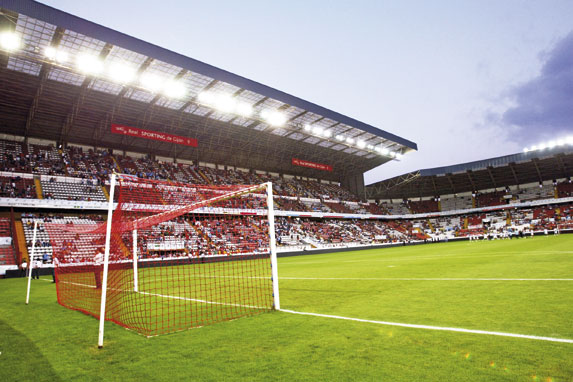 Boasts the oldest pitch in the country still in use, dating back to 1908 when games were played on the site of an old windmill (molinon). Sporting Gijon bought the ground in 1924 and rebuilt it after a fire seven years later. Spain’s first all-covered stadium currently holds 30,000 fans – the bulk of them season-ticket holders – and is located on the banks of the Piles river, near the Parque de Isabel la Catolica, just east of the town centre. Buses 1, 10 and 26 serve the El Molinon stop and on match days there is a special service on lines 1, 4 and 10. 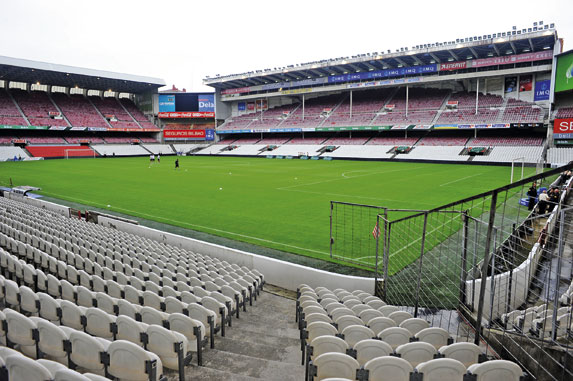 “La Catedral”, as it is known locally, can hold almost 40,000 people and is the oldest ground in Spain, having been originally built in 1913. Twice renovated, most recently to host World Cup games in 1982, a new 55,000-capacity stadium is currently being built alongside the old ground and will open in 2013 to coincide with the old arena’s centenary.

The stadium is in the city centre, beside the metro station of the same name, and has bars all around it. The main Athletic supporters groups occupy the lower north stand and the south stand, away fans are usually funnelled through gates 9 and 35, and neutrals are best placed in the lower east stand.

Note that signs are in Basque and the main ticket booths are the txarteldegi ofiziala. Tickets can also be bought from BBK cashpoints. Stadium tours and visits to the club museum are organized through gates 26 and 27, and you’ll find the club shop at Felipe Serrate 5. 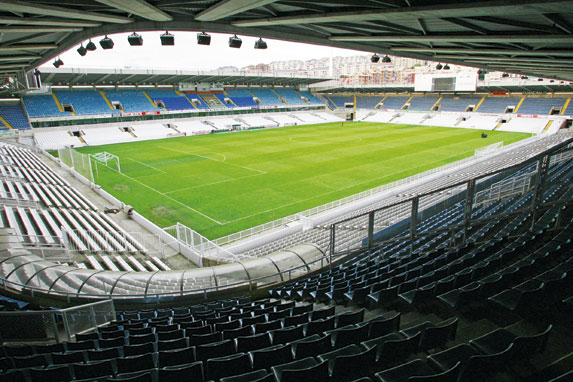 Opened in August 1988 as part of a modest sports complex, the stadium is just tucked in from the seafront, by the Cantabrian University, north-east of the town centre. Holding 22,000 people, it was named after the city’s most popular beach, and you can even take a stroll the length of Santander’s seafront to get there. Buses 1, 2, 6 and 12 also stop nearby.

The club shop and main ticket office are by gate 1, at the corner of the Tribunas Este and Sur. For a pre-match drink, stop off at La Liga (Calle de Pena Herbosa 17), which is part bar, part club museum. 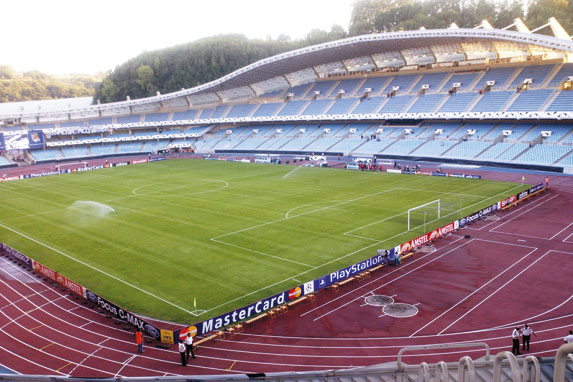 The club played their first matches on the beaches of Ondarreta before moving into the intimate Atotxa, where they spent the next 80 years before taking over the 32,000 Anoeta, in San Sebastian, in August 1993.

Built in the Amara Nuevo suburb of town, south of a bend in the Urumea by the outer ring road, the sports complex comprises four undulating stands and a running track. Accessed from Avenida de Madrid from focal Plaza Pio XII, the ground is served by special buses on match days, or you can take regular city buses 17, 21, 26 and 28 from Atotxa.

The nearby rock-themed Chopper Bar (Calle Toribio Alzaga 15) is a handy pre-match meeting spot. A museum and trophy room was opened in 2009 to coincide with the club’s centenary. 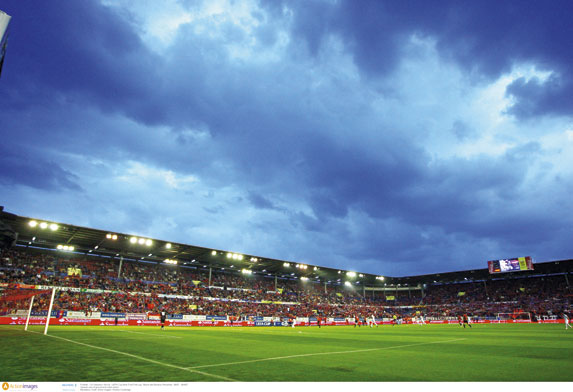 Situated in Pamplona, which is famed for its annual bull run, the stadium formerly known as El Sadar opened in 1967 and now holds nearly 20,000 people, following the addition of a new stand in 1989.

The ground is set in the far southern fringes of the town, towards the local airport, beside the Avenida de Zaragoza. The closest bars are the El Sario and El Txoko del Sadar on Calle Sadar. To reach the ground, take bus 11 from the Plaza de Toros to the Sadar 14 stop.

Athletic won 2-1 at Sociedad in early October and the pair don’t meet in the return until March 2012. However, with five La Liga clubs in the north Spain region there will always be at least a couple of top-flight matches on in the area every weekend.