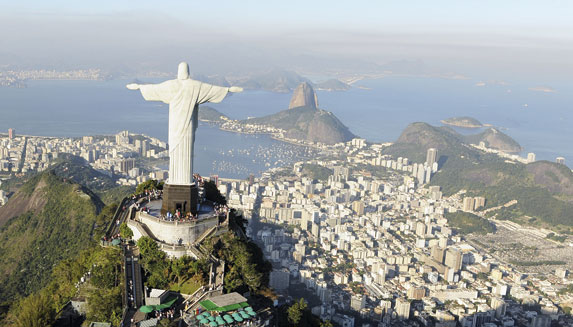 Rio de Janeiro may be the setting for world football’s showpiece event in 2014, at the newly refurbished Maracana stadium, but as far as domestic football goes the city has had to play second fiddle to both Sao Paulo and its neighbour Santos in recent seasons.

Only two of the last 11 national championships have ended up in Rio, with Flamengo and Fluminense claiming successive titles in 2009 and 2010 respectively.

Nevertheless, the Fla-Flu derby remains one of the fiercest in world football and dates back to 1912, when disgruntled Fluminense players left the club to form a football section at Flamengo who, like many football teams in Brazil, started out in life as a rowing club. Flamengo, who are the country’s most popular club, have five national championships to their name, while Fluminense have three.

Both teams normally play their home games at the Maracana, but they have been lodging at Botafogo’s Engenhao home while renovation work is carried out on the famous old stadium.

Also formed as a rowing club, Botafogo contested the first-ever Rio derby, against Fluminense in 1905, and have won two national titles, the last coming in 1995.

Despite being relegated from Serie A for the first time in their history in 2008, four-times champions Vasco da Gama are back in the top flight and were runners-up behind Corinthians last season. 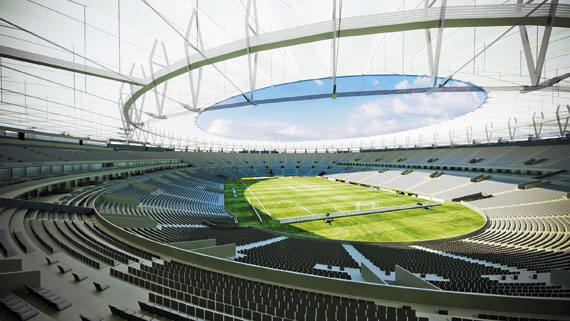 Set to become only the second stadium to stage two World Cup Finals, this iconic arena was built for the 1950 tournament and was still unfinished when a world-record 200,000 people crammed in to witness the Brazil-Uruguay Final.

Situated on Rua Professor Eurico Rabelo, the stadium has its own stop on metro line 2. 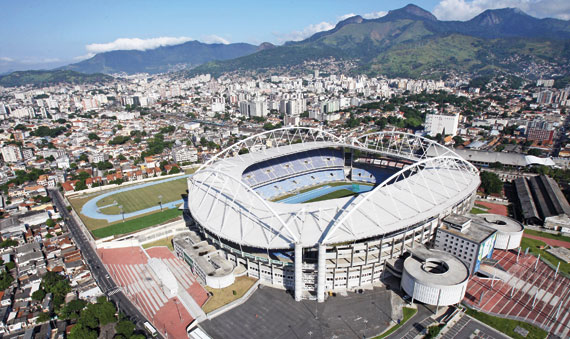 Also known as the Engenhao, after the surrounding neighbourhood, the host arena for the athletics at the 2016 Olympics was opened in June 2007 and is rented by Botafogo from the city of Rio de Janeiro. With the renovation of the Maracana underway, it is also the temporary home for Flamengo and Fluminense.

Named in honour of Brazil’s long-serving former FIFA president, the stadium’s current capacity of 47,000 will be increased to 60,000 for the Olympics.

The arena is situated next to the Engenho da Dentro railway station. 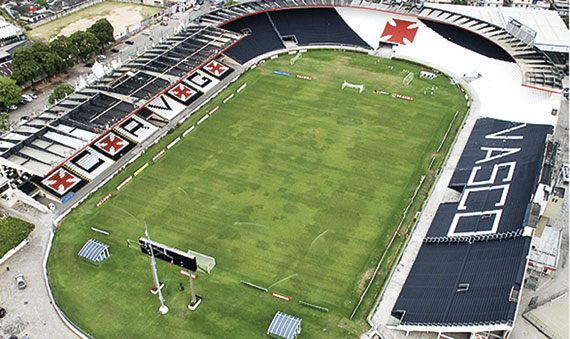 Once the biggest stadium in South America when it was opened in 1927, the 25,000-capacity arena is still the biggest non-municipal venue in the city.

It is open on one side, and a signature chapel has stood in the gap since 1955. With a swimming pool alongside, the stadium will host the rugby sevens event at the 2016 Olympics.

The Brazilian championship kicks off on May 19, with Botafogo at home to Sao Paulo and Vasco da Gama hosting Gremio. The following weekend sees Flamengo entertain Internacional and Figueirense visit Fluminense.

Before then, however, Fluminense and Flamengo both have home games against Argentinian opposition in the Libertadores Cup group stage, playing Boca Juniors, on April 11, and Lanus, April 12, respectively.

As well as the “big four”, this year’s state championship, the Campeonato Carioca, which began in January and ends on May 12, also involves four minor teams from the city: Bangu, Bonsucesso, Madureira and Olaria.

Where in the world

Brazil’s capital city from 1763 until 1960, Rio is home to approximately 6.3 million people, making it the 26th largest in the world.

How to get there

Santos Dumont Airport is less than a mile from downtown Rio.