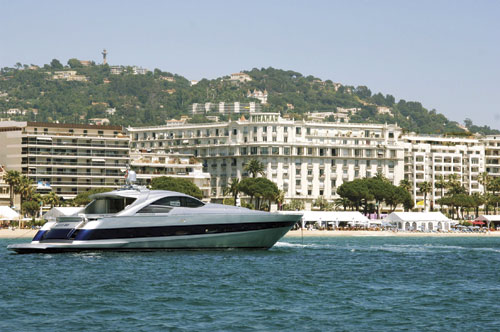 Home to Marseille – the only French side to ever be crowned champions of Europe – the Stade Velodrome remains one of the continent’s most atmospheric arenas.

And as winners of five consecutive Ligue 1 championships – before the fifth in 1993 was later withdrawn after a match-fixing scandal – the club have also fielded some of the country’s biggest names.

Jean-Pierre Papin, Marcel Desailly and Didier Deschamps, along with foreign imports Chris Waddle, Rudi Voller and Klaus Allofs, all represented L’OM in the late 1980s and early 1990s as flamboyant president Bernard Tapie brought some footballing glitz and glamour to the south coast.

But Marseille are not the region’s only top-flight outfit, with Montpellier – who went into the winter break second in the table this season – and Nice, who were the dominant team of the 1950s, also making their mark.

Seven-times league champions Monaco, who were UEFA Champions League runners-up in 2004, have fallen from grace recently and now languish at the foot of Ligue 2. Meanwhile, Nimes and Cannes have both been in the top tier but are currently even further down the league pyramid.

Some of French football’s most famous names started their careers down on the south coast. Zinedine Zidane and Patrick Vieira (both Cannes), Eric Cantona and Jean Tigana (Caillolais) and Laurent Blanc (Montpellier) all started down by the Mediterranean.

In fact, Cantona must have really enjoyed playing there as he also played for Marseille, Montpellier (on loan) and Nimes before heading off to England in 1992.

Italy’s Internazionale visit the Stade Velodrome on February 22 for the first leg of their UEFA Champions League round of 16 clash with Marseille.

The stadium stages a more local affair when Montpellier visit on March
31, while L’OM travel to Nice a week earlier (March 24).

These days Monaco, Nimes and Cannes play in levels two, three and four respectively, with matches normally played on Fridays or Saturdays. 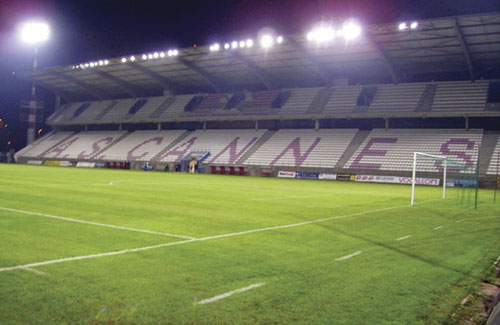 This 12,000-capacity arena is a multi-sports venue on avenue Pierre Poesi, owned by the city and used by the football club since 1972. Tickets are a few euros for a place in the East or Presidential Stands, and even cheaper behind the goals in the North or South ends.

It is close to Cannes-Mandelieu airport, in Cannes la Bocca, a few kilometres west of the main city of Cannes, one stop down the line on the Marseille-Ventimiglia service. 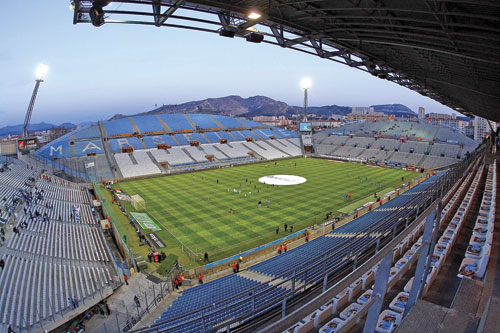 Capable of holding 67,000 and averaging attendances this season of 40,000-plus, the Stade Velodrome is the biggest club stadium in France for capacity and crowds.

Built for the 1938 World Cup, the ground also hosted several games at the 1998 competition, having ceded its cycle track in the 1960s.

Along the main avenue from the nearest metro station, Rond Pont du Prado on line 2, are several bars filled with pre-match chatter. 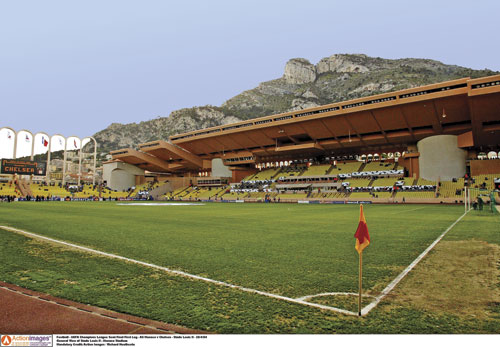 Named after a Prince of Monaco, this is a 1980s construction, by the site of the original ground opened in 1939. Also used for UEFA Super Cup matches and athletics, the stadium sits on top of a car park and holds 18,500 all-seated – more than half the principality’s population.

It stands in the Fontevieille area of town, accessed via buses 5 and 6 behind the uncovered Cap d’Ail end. 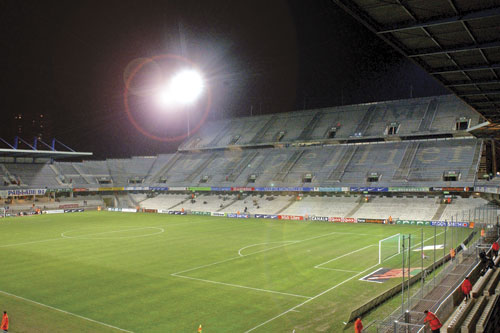 Built in 1972, the stadium was a surprise choice as a 1998 World Cup venue and its capacity of 16,000 was doubled to host six games. It is set  on the north-western outskirts of town, at the terminus of tramway route 1, 15 stops from Corum, at the very opposite end of town to the airport.

The ground comprises two, two-tiered ends, the Heidelberg and the Mosson, and multi-tiered seating in the Tribune d’Honneur and Tribune Presidentielle along each sideline, with the corners also filled in and used for seating.

Tickets and souvenirs can be bought at the club’s downtown store at Odysseum. The club also has a restaurant nearby, the Bistro de Grammont, at the very opposite end of tramway route 1. 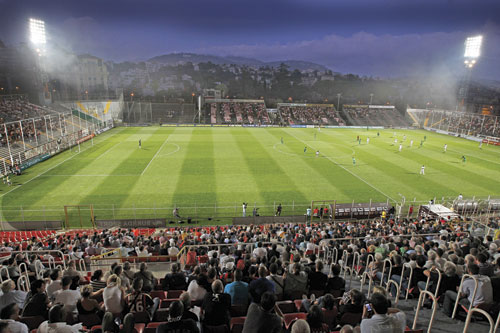 The modest, 19,000-capacity ground to the north of the city will remain Nice’s home until they move to the 35,000 Grand Stade Nice in the summer of 2013. Opened in 1927 and renovated four times since, it has its own stop on tramline 1. Gare Thiers, close to the main train station, is five stops away. Ticket and season-ticket holders can take advantage of the E2 return ticket on match days. Tickets and souvenirs are available at two club shops, at 5 rue Lepante and 44bis rue Arson. 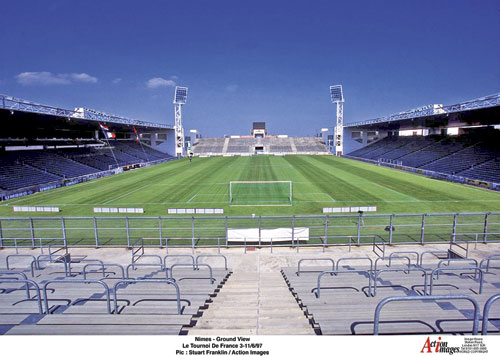 Opened in 1989 with an international between France and Holland, the stadium can hold nearly 30,000 spectators, with 18,000 seated.

The stadium features East and West ends behind each goal, a South Stand under cover and a North Stand for press, VIPs and wealthier fans.

The arena is set on avenue de la Bouvine, on the southern outskirts of town, near the main A9/E15 La Languedocienne road between Orange and Montpellier.