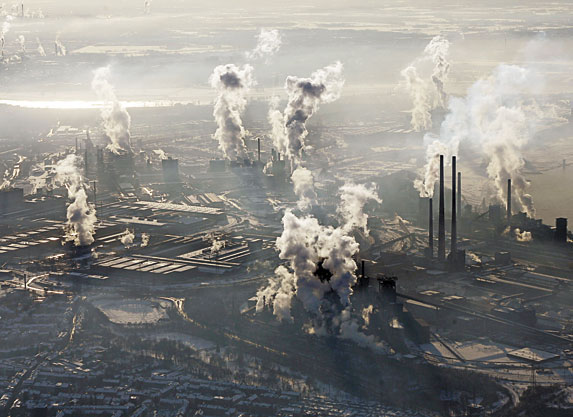 Connected by the local overland regional train, the S-Bahn, Germany’s industrial heartland
is home to Bundesliga champions Borussia Dortmund and German Cup holders Schalke in the top flight, along with Duisburg and Bochum in the second tier.

All four enjoy a healthy fan base, with Dortmund and Schalke pulling in some of the highest attendances in Europe, while even modest Rot-Weiss Essen, who reached the German Cup Final as recently as 1994, attract relatively good crowds to their Regionalliga West games in the country’s fourth division.

Dortmund and Schalke were formed by the amalgamation of local workers’ clubs, mainly from the steel and coal industries, and are separated by a mere half-hour hop on the S-Bahn line 2, which takes you from the beer capital of Dortmund to the former coal hub of Gelsenkirchen, where Schalke are located.

Their rivalry began in the 1920s, when Schalke were the most skilful and successful team in Germany, winning six titles in nine years before the war. Dortmund then claimed the silverware in the 1950s and 1960s, with both clubs winning European honours in 1997: Dortmund beating Juventus 3-1 in the Champions League Final and Schalke overcoming Internazionale on penalties in the Final of the UEFA Cup.

In theory, any match between clubs from the Ruhr is a Revierderby, although the term usually refers to games between Dortmund and Schalke.

A 5-2 win at Dortmund in 1991 is still talked about by Schalke fans, as is the last-minute equaliser by their goalkeeper Jens Lehmann against the then-European champions in 1997.

However, the penultimate game of the 2007 season is not so fondly remembered as defeat cost Schalke the league title. 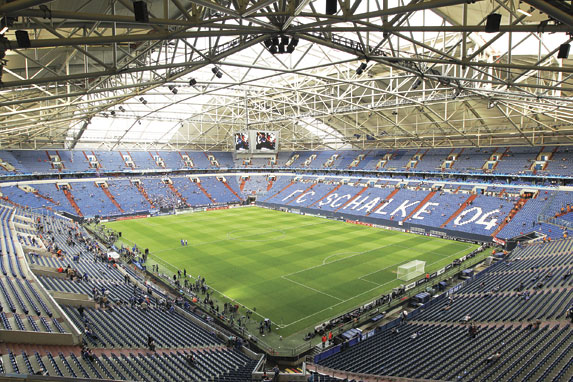 Opened in 2001 as the Arena AufSchalke to replace the adjoining Parkstadion – which is now used for training and reserve matches – the 61,700-capacity stadium is a 15-minute journey from the main Gelsenkirchen station on S-Bahn line 302 towards Buer.

Schalke charge €15 for standing fans, with seating tickets costing between €30 and €50. The arena has a retractable roof, huge video screens and an imaginative museum that details the club’s colourful history with film histories, a replica of a Schalke fan’s bedroom and the private photo album of pre-war club legend Ernst Kuzorra. The main restaurant in the North Stand is also named after him. Don’t miss the AufSchalke bar on the main Kurt-Schumacher-Strasse which is covered in images of classic moments and footballing legends. 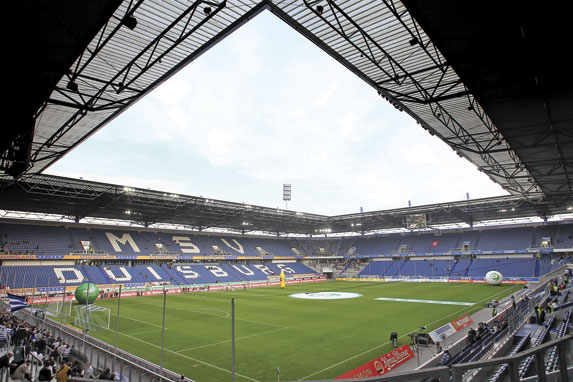 Built on the site of the old Wedaustadion in 2004 and formerly known as the MSV-Arena, the stadium holds 31,500 and was the venue of the 2005 World Games. Duisburg is west of Essen, Bochum and Dortmund on the A40. From Duisburg Main Station, take bus 934 to Stadion/Wacholderstrasse or 923 to Stadion/Kruppstrasse. Tickets range from €10 to €33 to sit, and €5 to €7 to stand (see www.msv-duisburg.de). 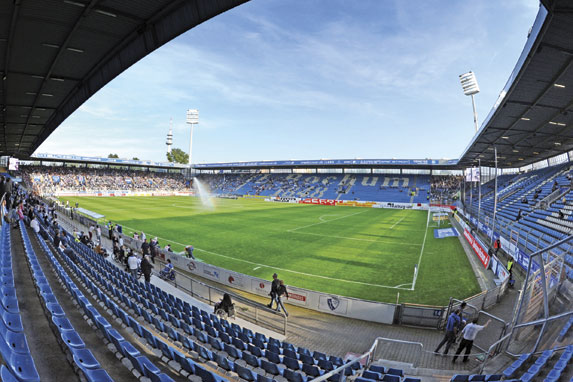 Also known as rewirpowerSTADION due to a sponsorship deal, the arena on Castroper Strasse holds nearly 30,000 spectators, with 16,000 seated.

Built in 1921, the host venue for this year’s Women’s World Cup underwent a major overhaul in 2003 when a club shop, VIP lounges and medical facilities were incorporated into a five-storey structure. Tickets go on sale three weeks before match day, priced €16 for a seat, €11.50 to stand (see www.vfl-bochum.de for details).

The ground is almost exactly equidistant between Essen and Dortmund on the A40 road. Alternatively, take the S1 S-Bahn to Bochum Main Station, then U-Bahn 308/318 to the ground three minutes away. 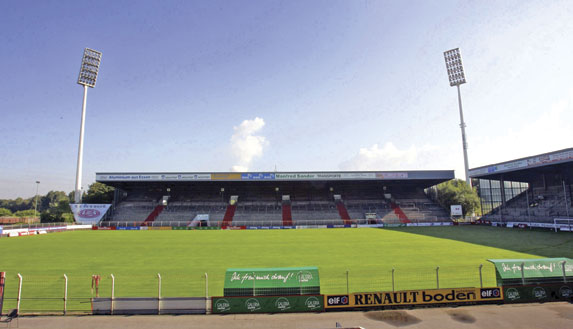 The 15,000-capacity arena on Hafenstrasse has hardly changed shape since being built in 1939. Big games are now limited to ones against other clubs fallen on hard times, such as Fortuna Dusseldorf and Wuppertal.

This season, Bochum’s reserve team are also opponents. Standing prices are €10, seats €18 to €22 from www.eventim.de. Take the S2 S-Bahn line from Dortmund and alight at Essen-Bergeborbeck. Buses SB16, 166 and 196 run between Essen Main Station and Hafenstrasse. 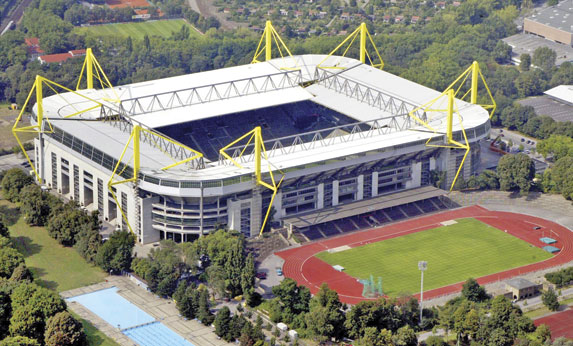 More commonly known as the Westfalenstadion, the imposing 80,000-capacity arena was built for the 1974 World Cup.

The Sudtribune is Europe’s largest standing terrace with room for 25,000 of Borussia’s most loyal supporters. Tickets in this area are kept at a bargain €15, while seats range from €28 to €67, and all can be purchased from the club website (www.bvb.de) and then picked up two hours before kick-off at the Hinterlegungskasse Nord on Strobelallee.

The stadium is in the south of the city, a 20-minute walk from the centre down Hohe Strasse, which is lined with bars. Alternatively, the ground has its own S-Bahn stop, Westfalenhallen. Holzwickede/Dortmund airport is 14 minutes away, while a train from the main central station in town takes four minutes.

There is also a U-Bahn station on the U45 line, Westfalen Stadion. Next to the ground is the Biergarten, which is always packed before a big game. Originally, Borussia played at the Stadion Rote Erde, which is next door to the arena and home to the club’s reserve side.

The first big local clash is on November 26 when Dortmund host Schalke in the Bundesliga. The return fixture will take place on the weekend of April 14, with Duisburg scheduled to host Bochum over the weekend of March 17.