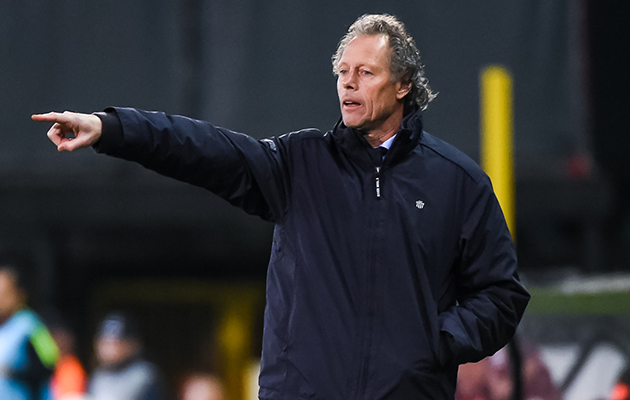 The rules of Belgium’s top divisions, with their interminable play-offs, have never been easy to understand. But never fear, they are changing again. This season, the number of professional clubs in the country will decrease from 34 to 24. This change has been pushed through by the Pro League, who want to avoid clubs falling into financial difficulties. There will be stricter rules for clubs applying for a professional licence and they must prove they have financial backing to ensure long-term survival.

In practical terms, this means there are still 16 clubs in the top flight, but just eight in the second tier.
As is the vogue for misleading names for leagues, they will be called League 1A and League 1B – with the latter being the second tier. At the end of the regular season there will, of course, be play-offs involving all the professional clubs with the exception of the bottom club in League 1A, who will be relegated  and have a couple of months rest.

Although, the structure of the professional game has changed, it will be “business as usual” this term with the usual suspects – Anderlecht, Club Brugge, Genk, Gent and Standard Liege – challenging for honours.

Last season, Michel Preud’homme’s Club Brugge took the title as they were the only club to show any kind of consistency. During the summer it was agreed that Preud’homme would become manager of the club in the more English tradition, with added input on transfers and less time actually coaching, and it will be an interesting to see how that develops.

Anderlecht were runners-up last season and the Brussels club’s failure to win the title for two successive seasons inevitably led to the demise of coach Besnik Hasi. He has been replaced by Swiss coach Rene Weiler, who moves from German second-tier club Nuremburg. Rather like the national side, Anderlecht resemble a bunch of individuals who need to be moulded into a team and Weiler could be the man to do just that.

Gent took third spot last time out, which was a disappointment following the signing of Mbark Boussoufa in the winter transfer window. But it was his arrival that caused the problem as coach Hein Vanhaezebrouck had created a team without stars and the Moroccan playmaker – returning from Russia on loan – disrupted the harmony in the title-holders’ dressing room. Vanhaezebrouck had not wanted the player and they were never the same again with Gent fading away and taking just 12 points from 10 games in the play-offs.

During the summer, Gent lost keeper Matz Sels to Newcastle United and captain Sven Kums could be on this way too, and with Vanhaezebrouck and the club management seemingly not on the same wavelength, they could struggle this season.

Genk almost caught Gent during the play-offs and coach Peter Maes has a talented young side. They are certainly the team to watch this season, with the only problem being the number of Premier League clubs buzzing around the stadium. They have already lost Christian Kabasele to Watford and some of the younger talents could following him out of the door.

Standard Liege missed the play-offs last term as they went through yet another transitional season. They should have some stability now as the squad has remained more or less the same, with useful acquisitions in Jean-Francois Gillet and Ibrahima Cisse, both of whom have played for the club before. This will be coach Yannick Ferrera’s first full season and all eyes will be on Daniel Van Buyten, who is having an impact at the club in a quasi “technical advisor” role.

These five clubs should make the play-offs and are likely to be joined by Oostende, who had an impressive season under Marc Coucke, the CEO of Omega Pharma, and coach Yves Vanderhaeghe. Oostende have signed keeper Silvio Proto from Anderlecht and young centre-back Mathias Bossaerts from Manchester City, who was once hailed as the “next big thing”.

The season started on July 29 and will finish in May 2017.
Early key games include Club Brugge v Standard Liege (August 28) and Club Brugge v Anderlecht (October 23).