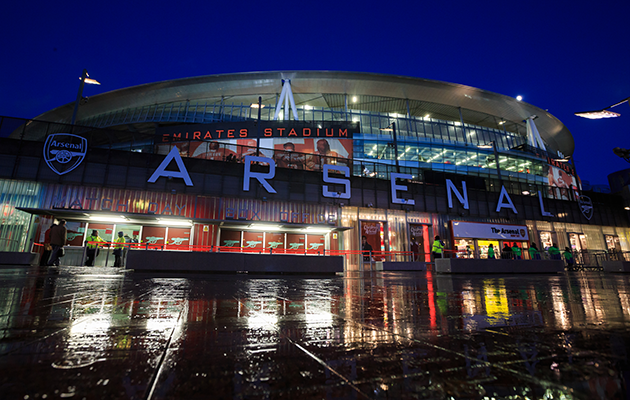 London is one of 250 soccer cities featured on Libero, the digital travel guide for football fans. Regularly refreshed with new destinations, Libero is a one-click treasure trove of football trip tips, tales and trivia. See www.liberoguide.com/london. 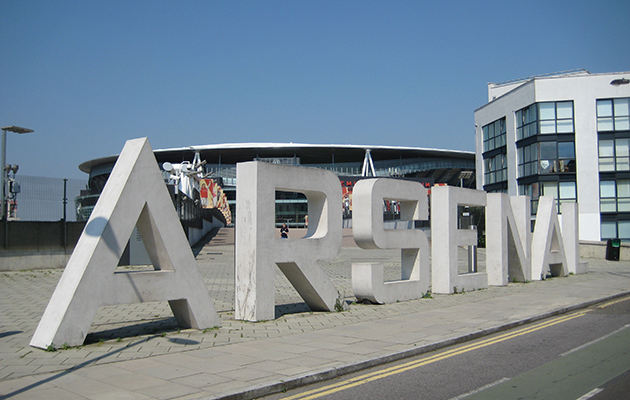 Under Arsène Wenger, London’s most successful football club have been a fast-flowing outfit that pleases the neutral.

And although Wenger’s Arsenal have come under serious criticism for the lack of a league trophy since 2003-04, the Gunners have kept pace with England’s moneyed best while paying off the £260 million loan they needed to build the Emirates Stadium from that very season onwards.

The Gunners have qualified for the Champions League every season since – in fact, another entry in 2017-18 would signal 20 consecutive campaigns with Europe’s elite.

Also used as an international stadium – Brazil have played there seven times since 2006 – and concert venue, when capacity rises from 60,000 to 72,000, the Emirates has been a huge but savvy investment, securing the club’s future come what may. 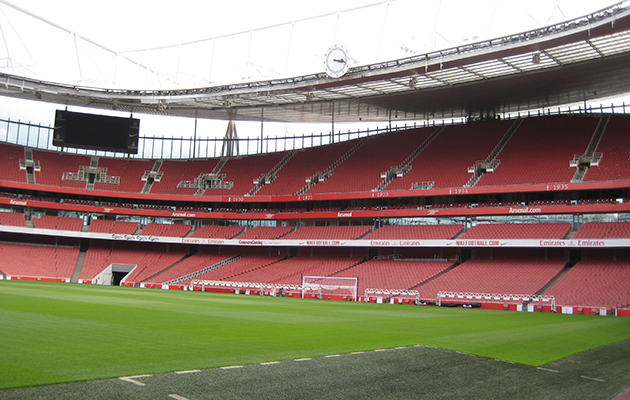 Wembley, in fact, had been Arsenal’s first choice when considering a move from their venerable home of Highbury. In a post-Hillsborough world of all-seater stadiums, the famous old ground could barely reach a capacity of 40,000, and expansion was not an option.

After the FA bought Wembley, Arsenal decided on a new stadium, finding a site at Ashburton Grove. Overcoming all the logistical hurdles and raising the finance, partly with a policy of buying players cheap and selling them big, the club began construction in the spring of 2004, shortly before lifting what would be their last Premier League trophy to date.

Officially opened by Prince Philip in 2006 – the Queen wasn’t match fit on the day – and sponsored by the Emirates airline in a £100 million deal, the new stadium first saw match action for Dennis Bergkamp’s testimonial match with Ajax.

Crowd figures for that first season of 2006-07 barely dipped below 60,000 – although it earned the nickname of ‘The Library’ because of the hush when compared to Highbury.

In 2009, long aware of such criticism, the club began to redecorate the Emirates, celebrating Arsenal’s history through a series of murals and installations. Four statues – of pre-war manager Herbert Chapman and modern-day players Bergkamp, Tony Adams and Thierry Henry – were also unveiled.

As for the stadium itself, the Emirates was created in three tiers. The middle one, with premium seating for 7,000, generates almost as much revenue as the other two.

Smartcards and RFID-tagged tickets at the turnstiles allow quick access to your seat. Two big replay screens occupy the north-west corner and above the away fans in the south-east corner of the lower tier. 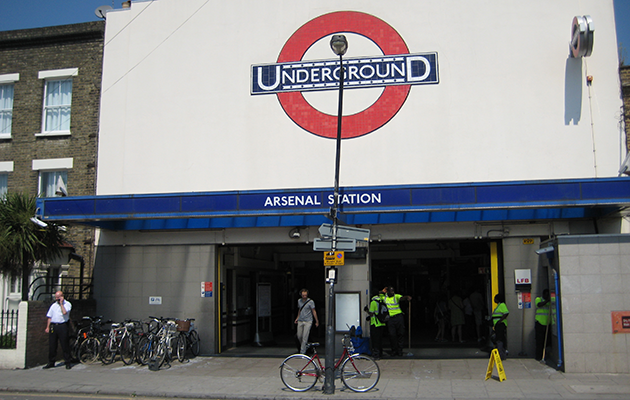 On match days, the nearest Tube of Holloway Road (Piccadilly line) is closed, and the next stop of Arsenal is often packed. On the Victoria Line, Highbury & Islington (one stop from King’s Cross) and Finsbury Park (two) are less crowded but a ten to 15-minute walk to the stadium. The nearest rail of Drayton Park, at the end of the Danny Fiszman Bridge, is closed at weekends.

For tickets, you’ll need basic club membership (£29-£39 a season) to log in and purchase through the Arsenal website. Simply registering is not enough. There are limited seats available in certain sectors of each stand, rarely any in the lower tier. There’s a ticket exchange and transfer system for Red and Silver members. 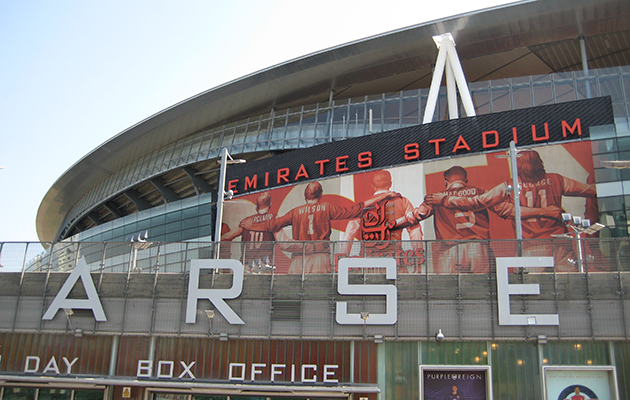 At the stadium, the main ticket office faces the approach from Holloway Road – the main collection office is the South West Kiosk opposite turnstile S. Upper-tier seats cost £35-£97, lower-tier £27-£71. Away fans pay £30 (discounts £10-£16). 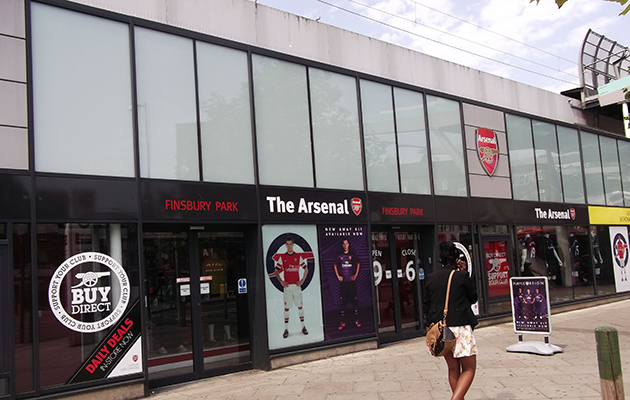 There are three other shops, one nearby at Highbury House (75 Drayton Park, same opening times), another at Finsbury Park Tube (closed Sun) and another at Brent Cross Shopping Centre (open Mon-Fri 10am-8pm, Sat 9am-7pm, Sun 11.30am-6pm). 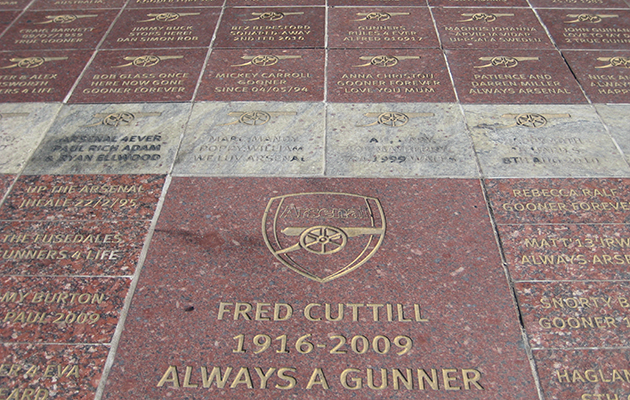 On the north side of the stadium, the Arsenal Museum (10am-5.30pm daily; matchdays until 30mins before kick-off) is full of memorabilia that’s both evocative (the Arsenal tariff board offering Bovril Per Cup for 4d, the centre spot from the last game at Highbury) and informative (a chalkboard showing Chapman’s WM formation). Stats, film clips, interviews and anecdotes abound.

Museum-only tickets are £7 (5-16s £4, under-5s free) or there’s the 55-90min self-guided audio tour (10am-5pm daily; £17.50, 5-16s £9, under-5s free). With your headset, roam a numbered trail in your own time, following the route a player might take, through the hospitality areas (where the flowers are always the visiting team’s colours), changing rooms, down the tunnel onto the pitch, with the roar of the crowd in your earphones, to finish in the press area. 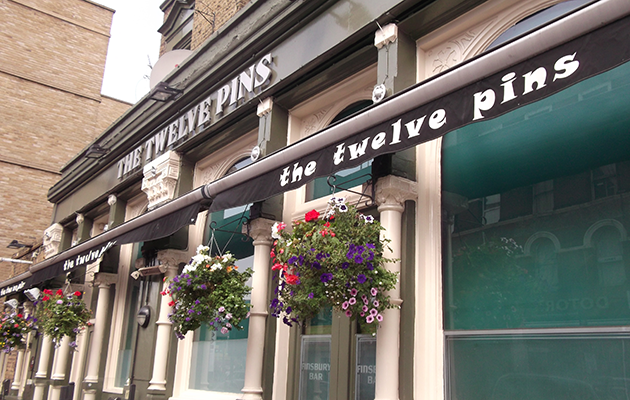 The nearest pub is the Drayton Park, at the foot of the Danny Fiszman Bridge, within sight of the stadium – and always packed for matches.

Other favoured Arsenal haunts are on Blackstock Road, a block east of Arsenal Tube: the Arsenal Tavern and the memorabilia-stuffed Gunners, as well as the less partisan Woodbine.

From Highbury & Islington Tube, options include the Herbert Chapman and the Horatia.

From Highbury, the Famous Cock is right outside. Turn left out of Finsbury Park Tube for the Twelve Pins, Irish, sport-focused and generally welcoming to away fans.