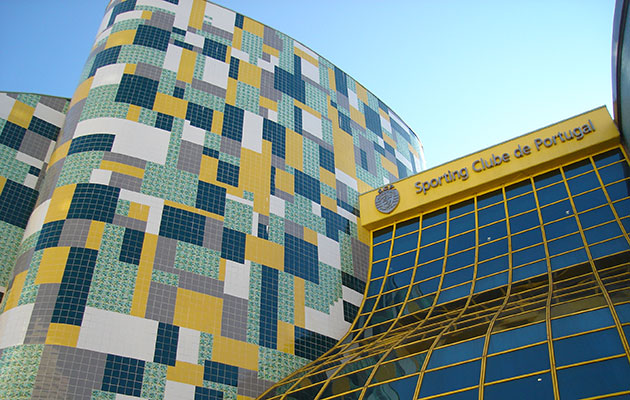 Lisbon is one of 200 soccer cities featured in Libero, the digital travel guide for football fans. Regularly refreshed with new destinations and travelogues, Libero is a one-click treasure trove of football trip tips, tales and trivia. See www.liberoguide.com/lisbon/

The lions of Sporting Lisbon have roared all too rarely in recent years. With no title since 2002, Sporting have at least earned kudos and considerable lucre by producing the likes of Luis Figo and Cristiano Ronaldo.

A runners-up spot in 2014, and Champions League qualification, pointed to the potential of a talented young squad. Among the current crop of former youth team players – Carlos Mane, Andre Martins – is top Scots prodigy Ryan Gauld.

Crucially, Sporting nabbed trophy-laden coach Jorge Jesus from Benfica before the 2015-16 campaign – and are now neck-and-neck at the top of the table with their near neighbours and historic rivals.

The third of Portugal’s big three after Benfica and Porto, the later Sporting Clube de Portugal were formed by well-to-do young Lisboetas who played ‘foot-ball’ at Belas and later met at the Pastelaria Bijou on Avenida da Liberdade.

They started out as the Campo Grande Football Club, under the auspices of the Viscount of Alvalade, a landowner, adopting as a badge the rampant lion of Count Dom Fernando de Castelo Branco. Their original plain tops became hoops when the team had to borrow rugby shirts on a tour of Brazil in the 1920s.

By the 1930s, the green-and-whites were dominating the Portuguese game. Led by the ‘five violins’ – including the prolific Peyroteo, who shares the goalscorers’ record in the Benfica derby with Eusebio – the Lions won seven titles in eight years. 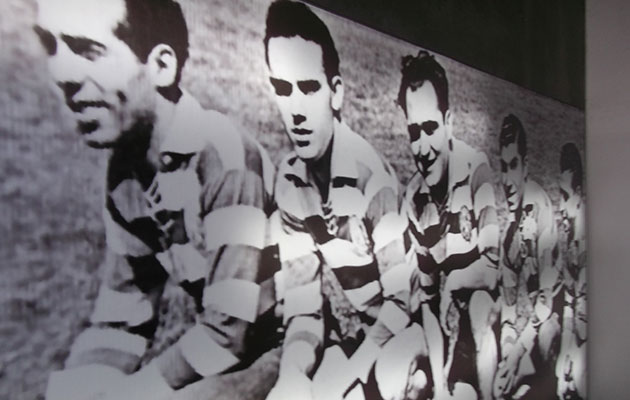 The last of these came in 1954, shortly before the European Cup was launched. In 1956, Sporting opened their new stadium, named after Jose Alvalade.

Outshone by Benfica’s Stadium of Light and overshadowed by Eusébio and European glory, Sporting at least managed to take two titles in the 1960s and the Cup Winners’ Cup in 1964. Defender Joao Morais got the winner direct from a corner, earning him a more praiseworthy footnote in football history than his brutal foul on Pelé in the 1966 World Cup.

Since then, the Lions have won the occasional title and contrived to lose the UEFA Cup of 2005 to CSKA Moscow, even though it was played at the Jose Alvalade itself. Rebuilt and reopened in 2003, this four-star stadium, now surrounded by the Alvalaxia leisure complex, is an arena worthy of champions. All it needs is… well, champions.

The capacity of 50,000 might be around the same as the original Jose Alvalade opened in 1956, but the Alvalade XXI is a completely different beast. 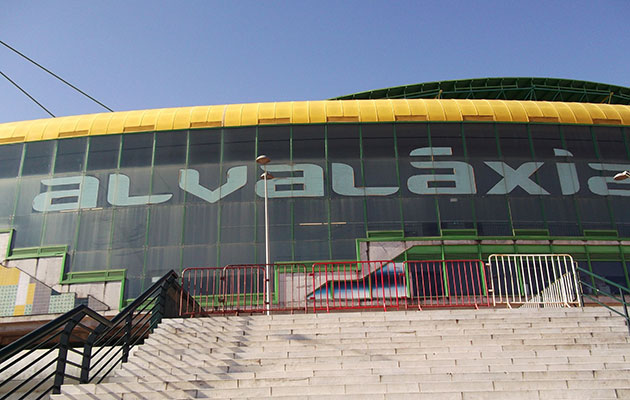 The €100-million plus stadium was opened in August 2003 with a friendly between Sporting and Manchester United, won by the hosts for whom Cristiano Ronaldo shone so brightly, the United players persuaded Sir Alex Ferguson to buy him. 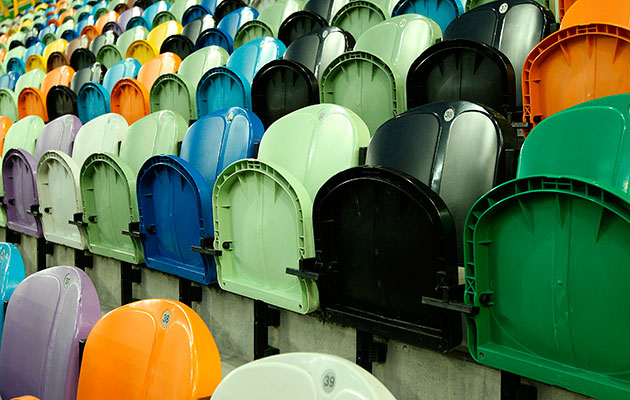 Brightly tiled on the outside, colourful within, with a seating pattern giving the lie that the ground is full, the impressive Jose Alvalade stands near Campo Grande metro station on the blue and yellow metro lines.

The Superior seats behind the goal and the Central ones on the sidelines are the cheapest and dearest tickets respectively. The main bilheteira (12.30pm-7.30pm, match days) is behind the Nascente stand (Caixa Geral de Depositos) immediately up from Campo Grande metro. 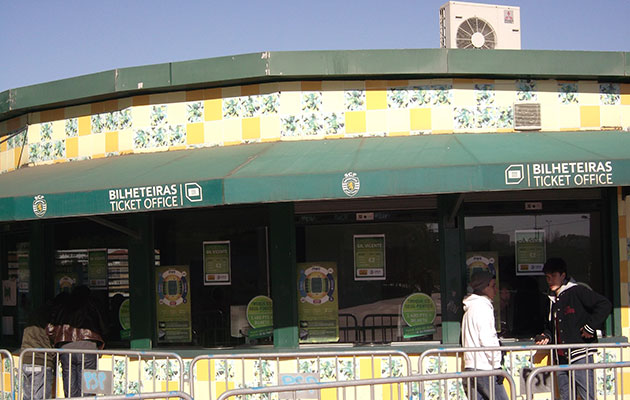 Also behind the Nascente stand, the Loja Verde is a tastefully conceived, two-storey boutique that stocks goodies ranging from a toy Honda motorbike to a replica stadium in silver. A wonderful blow-up photo of the Five Violins greets you at the entrance. 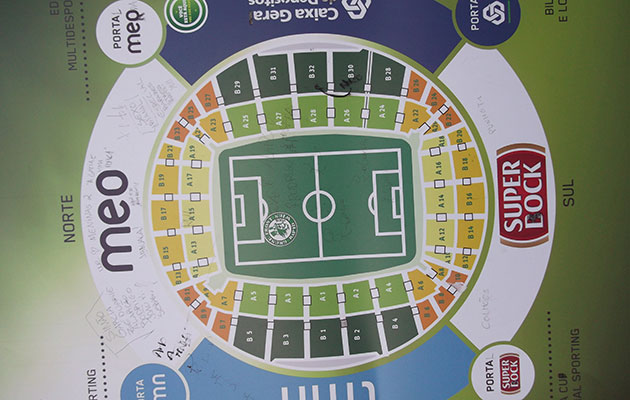 Outlets fill the Alvalaxia mall adjacent to the stadium. Of these, the best is the Cervejeira Nacional on the upper floor, a simple, friendly bar-restaurant in which a black-and-white pictorial history of Sagres beer fills one wall, and a massive photo of the Seleccao the other. There’s also space for signed Sporting shirts. A glass of cold Sagres from a giant tap on the bar counter can be complemented by a hamburger or a chourico assado sausage. 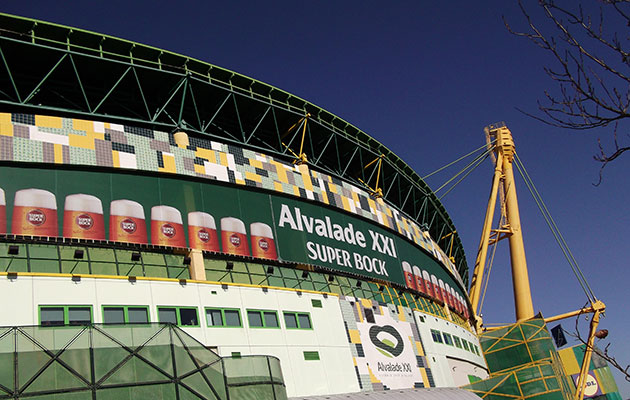 Further up, the alcatejoLx is an upscale restaurant that takes reservations for matches, which diners can watch from its windows overlooking the pitch. On the ground floor, the sympathetic, dark-wood Pizzaria Nacional complements the Cervejeira upstairs, and also takes reservations on match days.