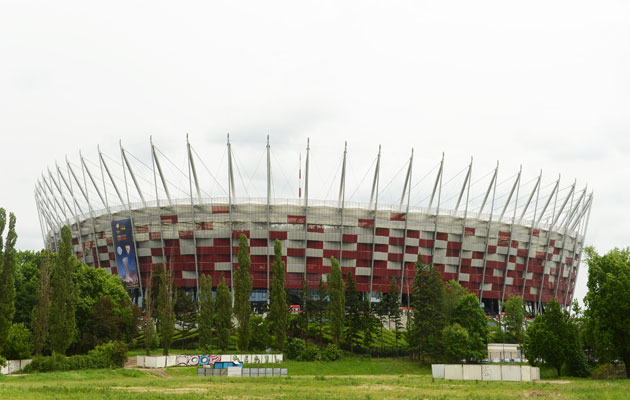 Warsaw is one of 125 soccer cities featured in Libero, the digital travel guide for football fans. Regularly refreshed with new destinations and the travelogue Soccer Sagas, Libero is a one-click treasure trove of football trip tips, tales and trivia. See www.liberoguide.com. 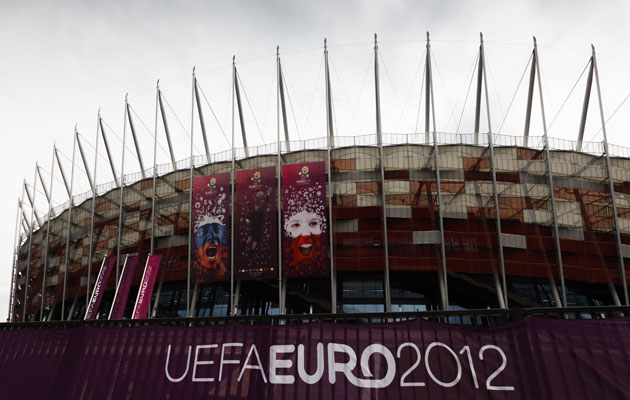 Warsaw’s impressive National Stadium, built for Euro 2012, represents the city’s move onto football’s world stage. On Wednesday it will also host the Europa League Final between Sevilla and Dnipro.

The Stadion Narodowy was built by the Polish State at a staggering cost of half a billion euros – but it’s not every day that your capital stages European football finals.

Warsaw, home of 2014 champions Legia based just across the Vistula, may be the capital but it wasn’t where the Polish game developed. For many years, Poland’s national team and league title were rooted in the south, either Kraków or the industrial hubs of Chorzów and Zabrze.

In the early days, Warsaw still belonged to Russia. The two main Warsaw clubs were formed around the time of World War I. Legia and Polonia were founded as expressions of national pride, shortly before full Polish independence.

They played the first Warsaw derby in 1917 and remained the two biggest clubs in the capital. Champions in 2000, Polonia were declared bankrupt in 2013, and dropped down to the amateur ranks. Rescued by a supporters’ association, and with mainly academy players in their ranks, Polonia won promotion to the third flight in June 2014.

The third team used to be Gwardia Warsaw. Representing the police department, Gwardia won the Polish Cup in 1954 and participated in the inaugural European Cup a year later. Around the same time, thousands of volunteers helped clear the ground and bring tons of wartime rubble for builders to create an open bowl of a stadium not unlike the Stadion Slaski in Chorzów. Opened in July 1955 to mark the formation of Poland’s Communist government, the 10th Anniversary Stadium held prestigious sporting events, including Polish cup finals and internationals, until falling into disrepair.

For most of the 1980s and 1990s, it was the setting for Europe’s biggest market, Jarmark, where thousands of traders purveyed junk and pirated goods. It last staged a major event in 1983, the homecoming rally of Pope John Paul II.

All was cleared away for the new National Stadium to be erected here, from 2008 onwards.

If any event-built stadium was an example to all in terms of public use after the fact, it’s this one. And events haven’t just included the Euros (or Poland’s subsequent World Cup 2014 qualification match with England, controversially rained off). Madonna, Metallica and global climate conferences have made use of this impressive venue overlooking the river, with the 2015 Europa League Final to follow.

Fashioned in the form of a Polish flag waving in the wind, the red-and-white exterior brightens the grey landscape from the windows of trains passing over the river to and from nearby Centralna station. This is a world away from the Warsaw of the Communist and immediate post-Communist era.

Though no trace remains of the old stadium or market, the heroic statues outside the main entrance hark back to simpler times. The National Stadium towers for eight storeys over its abandoned predecessor by some 70 metres at its highest point.

Its retractable roof, so criticised when the 2012 game with England was postponed until the following day, can only be opened or closed in dry weather. Scheduled to be unveiled in the summer of 2011, the National Stadium was fully completed in February 2012. 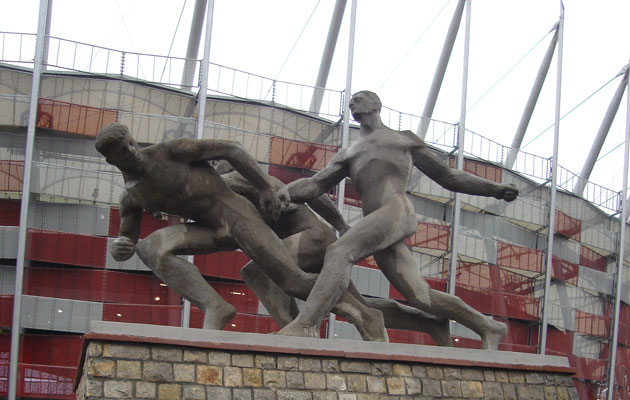 After staging five games for Euro 2012, including the opening match and semi-final between Germany and Italy, the National Stadium became accessible to all. This 58,000-capacity arena hosts all manners of tours and activities, as well as family brunches in the Business Club and all manner of recreational options (skateboarding, skipping, cycling) in the Municipal Park. 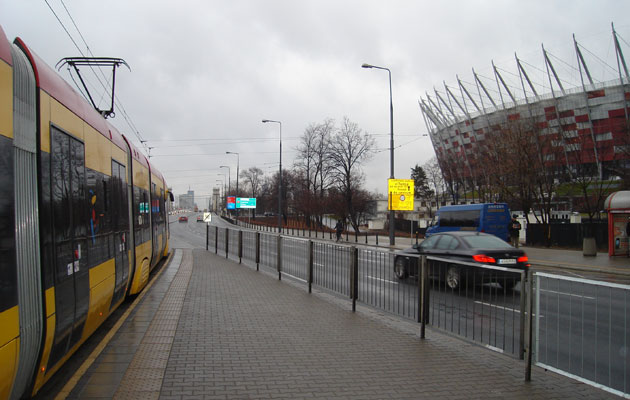 Planned for 2012, the Stadion Narodowy metro station on line 2, three stops from central Swietokrzyska, finally opened in March 2015. It links Warszawa Powisle and Wschodnia. Centralna/Srodmiescie are one further along from Powisle. The stations are on the north-west side of the stadium, near ulica Siwca.

The main transport hub is on the south-east side, Rondo Waszyngtona, on the main road over Poniatowskiego Bridge, directly down from Centralna and Centrum metro along Jerozolimskie. Trams 7, 8, 9, 22, 24 and 25 serve the route, five stops from Centralna (Dw.Centralny). 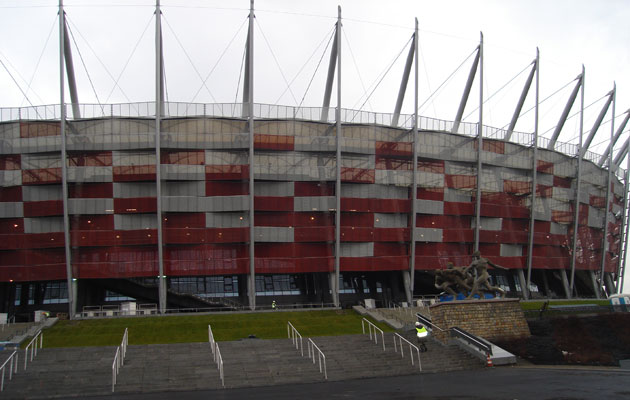 For international games, visiting fans should organise tickets through their own FA. They are usually allocated sectors G9-G11 through gate 10. The stadium lay on a number of themed tours every day – though not on international matches, or the days either side. These start from the basic Viewing Point (10zl) with VIP areas and player-only zones accessible on the Exclusive Tour (25zl). More specialised (and expensive) tours are Polish-only. A full schedule is provided on the stadium website.

Alcohol is not sold at Polish football matches and the National Stadium is no exception. The Galerie café and Business Lounge do open on non-match days, local families encouraged to come for Sunday brunches.

The main string of bars and restaurants is down from the Rondo Waszyngtona along gentrified Francuska. The first one you come to, Wstep Wolny, with its Warsaw mural, offers quality contemporary dishes but is hardly a classic pre-match spot. You’ll find Polish martinis, though, and two dozen other cocktails.

Further down, Repubblica Italiana opened before Euro 2012, is a quality Italian restaurant. Named after its address, Francuska 30 is a bistro-type spot that sells beer and has a terrace.