Florence is one of 125 soccer cities featured in Libero, the digital travel guide for football fans. Regularly refreshed with new destinations and the travelogue Soccer Sagas, Libero is a one-click treasure trove of football trip tips, tales and trivia. See www.liberoguide.com. 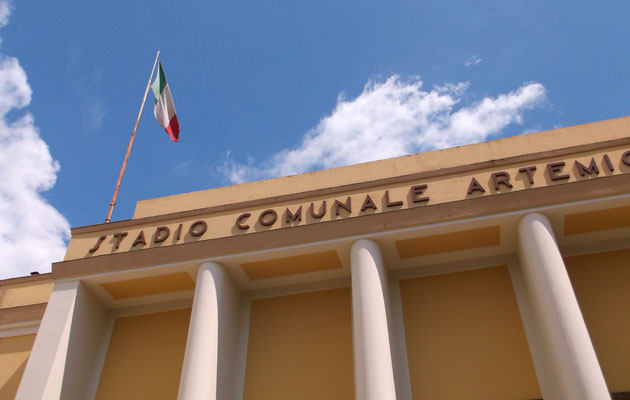 Fiorentina v Juventus is one of Italy’s fiercest derbies, even though the clubs involved are from Florence and Turin.

Conspiracy theories are still expounded on the 1981-82 season, when Juve and La Viola went into the last day level on points for the title. Fiorentina were at Cagliari, Juve at Catanzaro. Each first half was goalless. As the prospect of a play-off game approached, Fiorentina were denied a goal just as Juve were awarded a dubious penalty. The scudetto went to Juve. Were both referees bribed?

For the UEFA Cup final between the two clubs in 1990, crowd trouble in Turin caused the second leg to be moved to Avellino, one of many Italian towns with a strong Juve following. Another win for Juve…

The next season, Baggio strode out at a crazed Stadio Artemio Franchi in the black and white stripes of visitors Juventus. Amid all the hostility, Juve were awarded a penalty. Baggio, the usual man for spot kicks, refused to step up – and a potential riot was averted.

A superb example of pre-war stadium architecture, the Stadio Artemio Franchi looks as stylish it did when completed in 1932.

Commissioned by Fiorentina’s first president, Fascist politician Luigi Ridolfi, and devised by star architect Pier Luigi Nervi, the stadium was partly designed with the 1934 World Cup in mind. Italy was the favourite to get the vote when the stadium opened in 1931 with a curtain-raising friendly between Fiorentina and Admira Vienna.

The venue was first named after Giovanni Berta, a Fascist industrialist thrown off a bridge into the Arno by Communist sympathisers ten years before. 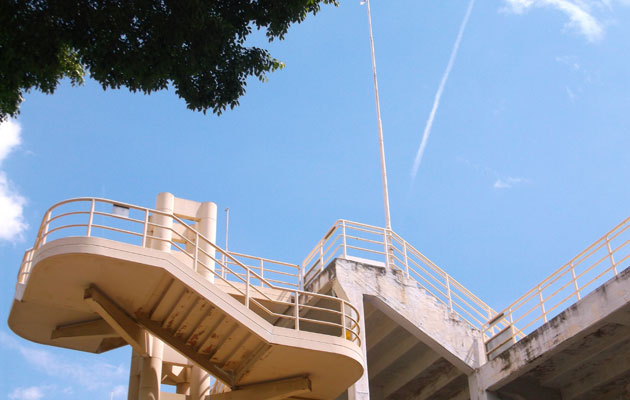 Nervi’s stadium still feels modern, with its graceful main stand and signature Marathon Tower. Back then, the capacity was officially 32,000 – although 43,000 crowded in for Italy’s replayed quarter-final with Spain. In a nasty, physical match, a 1-0 win took Vittorio Pozzo’s side to a semi-final with Austria. They went on to win the trophy in Rome.

The headquarters of the Italian Football Association, however, is not in Rome but a 15-minute walk from the Stadio Artemio Franchi at Coverciano. Here you’ll find the Museo del Calcio. The first room you enter is dedicated to the early achievements of the Italian national side, including shirts, medals and the trophies themselves from the winning World Cups of 1934 and 1938. Note the match tickets (for ‘Stadio Berta’) from the 1934 tournament.

Fiorentina lost to Real Madrid in the subsequent European Cup final at the Bernabéu, the game turning on a dubious penalty.

The Stadio Comunale hosted one match for the European Championships of 1968, a 1-0 win for Yugoslavia over England, before being refurbished for the 1990 World Cup. This included a new lower tier and a sprucing up of Nervi’s concrete. The Comunale never looked better, although fate decreed a tedious two-hour shut-out between Yugoslavia and Argentina.

Soon afterwards, the stadium took the name of former Italian FA and UEFA president Artemio Franchi, who died in a car crash near Siena. Both stadiums, in Florence and Siena, were renamed.

Current capacity is just over 47,000. Home fans occupy both ends, the north Curva Fiesole considered the home one. Opposite is the Railway End, the Curva Ferrovia, with away fans in sectors OS1-3 at the Ferrovia end of the Marathona, accessed through gates 13 and 14.

The lower tiers of each sideline, Parterre di Maratona and Parterre Tribuna, are affordable for neutrals. 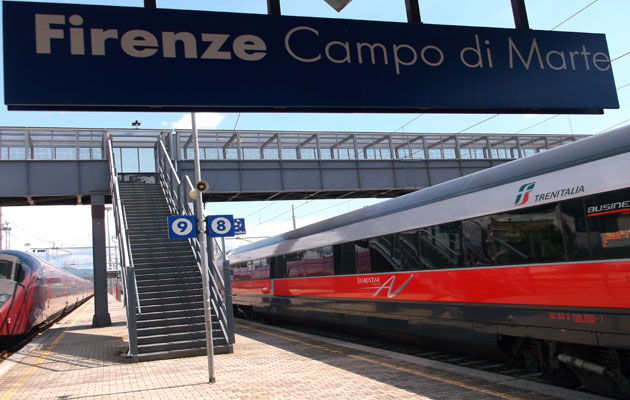 A train leaves main Santa Maria Novella for Campo di Marte every 15mins (€1.50), 5mins/1 stop away. It usually leaves from outer platform 18, a good 10min walk from the main concourse. At Campo di Marte, take the upper walkway away from the station building, towards the floodlights. This is the Ridolfi athletics stadium – the Stadio Artemio Franchi is behind it. 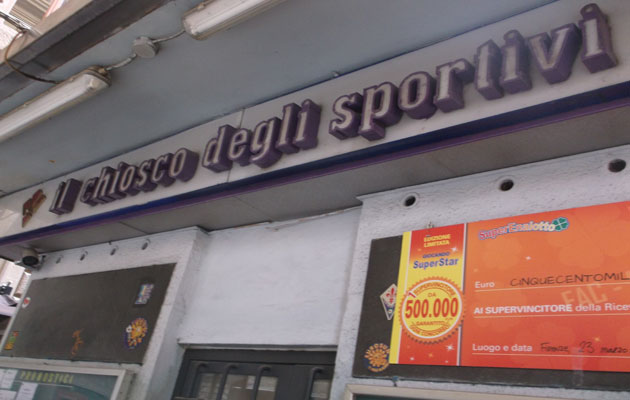 There’s also an age-old kiosk in the city centre, il chiosco degli sportivi (Tue-Sat 10am-2pm, 3.30pm-7.30pm, cash only) – and with a great little snack bar/beer terrace alongside keeping the same hours. It’s where via degli Anselmi meets via Pellicceria, behind a blue Tourist Point kiosk under the arches.

Online sales are distributed through Ticket One. 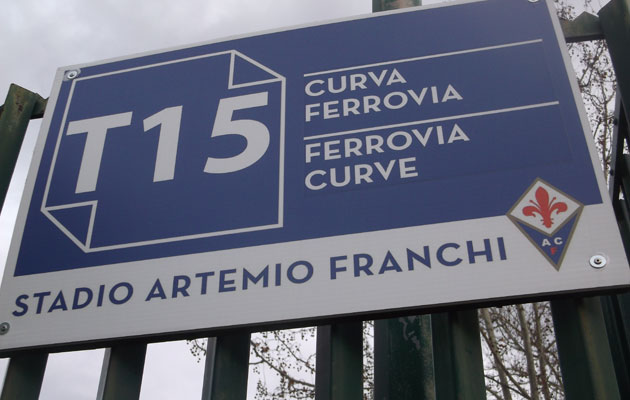 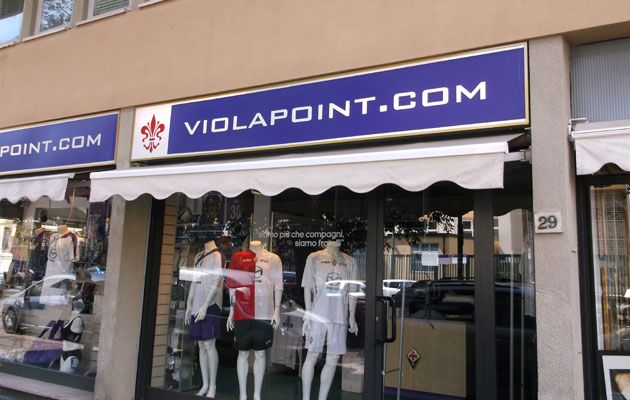 Bar Chiara (corner via Galvani/viale Volta) is a little walk from the stadium but it’s Viola through and through. Even Giancarlo Antognoni calls in now and then. It’s probably the quality local Manaresi coffee, served by an expert hand at the equally local and renowned La Marzocco machine. 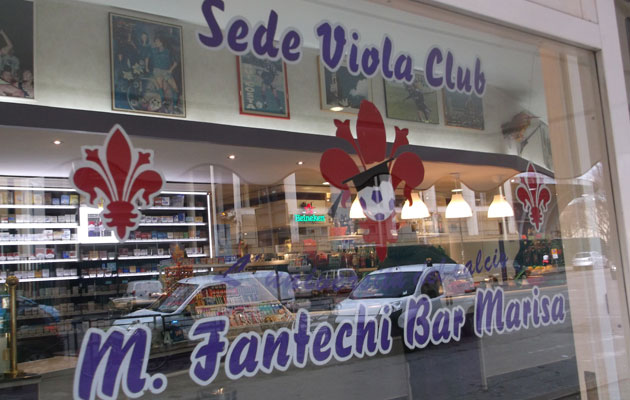 On viale Fanti by the stadium, the Bar Marisa (aka Jolly Caffè, No.41/corner via Carnesecchi) has undergone a perhaps unwise modernisation but still wears its fleur de lis on its sleeve. Note the vintage team line-ups and Batigol-era photos over the bar. On that corner, the Trattoria Piccadilly is a standard, sit-down restaurant.

The splash from ‘Stadio’ after the ’56 title win stand outs amid the four walls of Fiorentina history that comprise the timeless interior of the Pizzeria Da Graziano Stadio (Fanti No.3er), the seen-it-all boss snapped with sundry Viola icons. A wood-fire pizza oven burns behind. 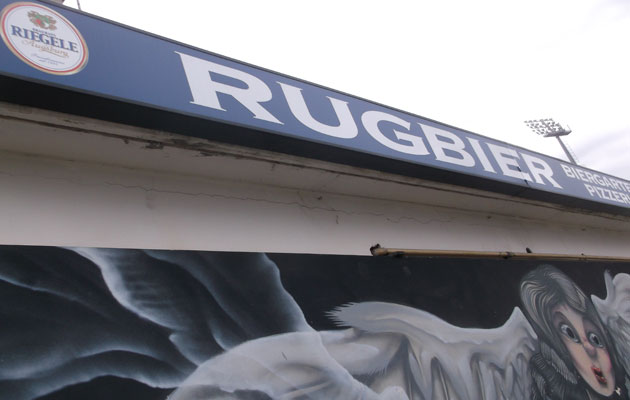 By the rugby ground, diagonally opposite the away gates of Nos.13 and 14, Rugbier is a Bierstube, with Currywurst, Riegele lager from Augsburg and Bavarian specials on the menu.

Authorities hoped to use Blatter to bring down dictator