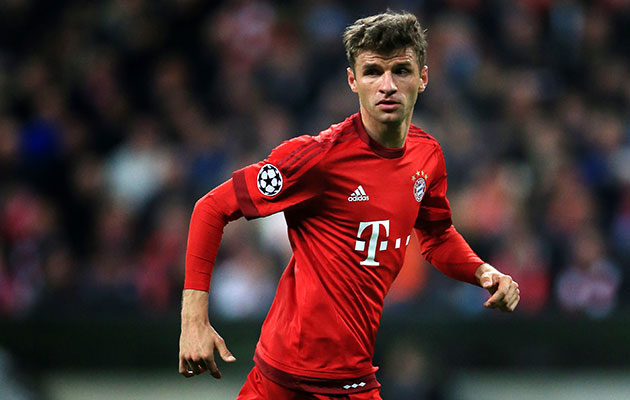 Bayern Munich’s Thomas Muller has set a new record as he became the youngest player in history to chalk up 50 Champions League victories.

Muller passed the milestone in Tuesday’s home win over Olympiacos at the age of 26 years, two months and 11 days. That’s 9,568 days, or 73 appearances for the German international.

The previous holder of the record was Spanish legend Raul, who recorded his 50th victory when Real Madrid defeated Bayern back in March 2004. The striker was 26 years, eight months and 12 days.

Bayern skipper Philipp Lahm told Kicker after Tuesday night’s match that Muller owed his team-mates a round of drinks “because we played our part in it.”

Muller replied: “If we were to buy a round of drinks every time a Bayern players breaks a record, we’d rarely be sober.”