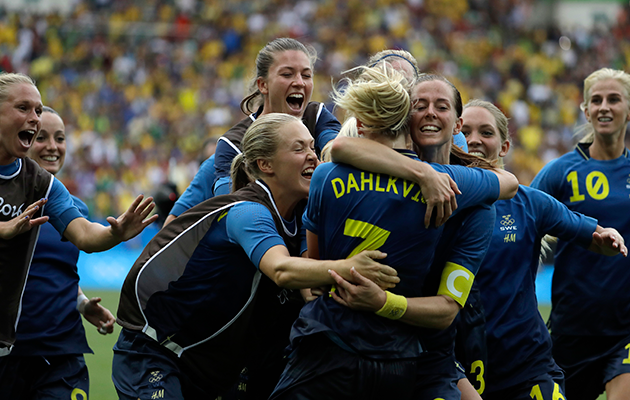 The underlying irony about Sweden’s appearance in the Olympic Games women’s football final in Maracana against Germany is that they are lucky to be in the tournament, for all their own merits in coming within 90 minutes of gold.

Pia Sundhage’s team have been competing in the tournament in place of England who, to all intents and purposes, had qualified by finishing third at the Women’s World Cup in Canada last year.

The Football Association wanted to take up the Olympic option under the Great Britain flag but the other British home nations objected. They feared that one day, sooner or later, other countries would demand that the UK compete as one nation in World Cup, European Championship etc and command only one vote in FIFA Congress rather than the present four.

In London four years ago Britain, as host, had the right to enter a host team which they did, much to the anger of the other three – although Scottish and Welsh FAs made no attempt to oppose matches in the Olympic tournament being played in Glasgow and Cardiff respectively.

Hence England’s footballers have had to watch the Olympics from afar, via television, while Sweden – hoiked back into the Games in their place – have progressed to the final via third place in their group and then shootout victories over 2012 champions United States and the great Marta’s 2016 hosts Brazil. 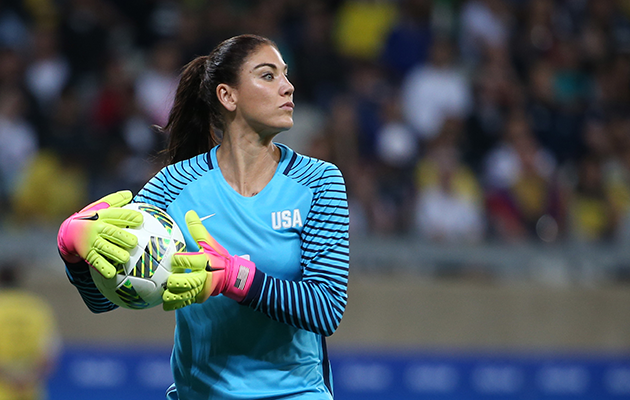 US goalkeeper Hope Solo went over the top in described the Swedes as “cowards” for their hold-and-hit strategy. But a 4-5-1 system means they have scored only three goals in their five games – and never more than one goal per match – compared with the 12 registered by their German opponents.

That suggests also that Sundhage – who coached the US winners in 2008 and 2012 and can become the first woman to lead two different nations to gold – will not change her approach just because this is the grand stage of Maracana and the Olympic gold medal final.

Goalkeeper Hedvig Lindahl will have no fear of a third successive penalty shootout if it comes to it. Lindahl, who plays her football for Chelsea in England, saved two kicks in the 4-3 shootout victory over Brazil after a goalless extra time draw. 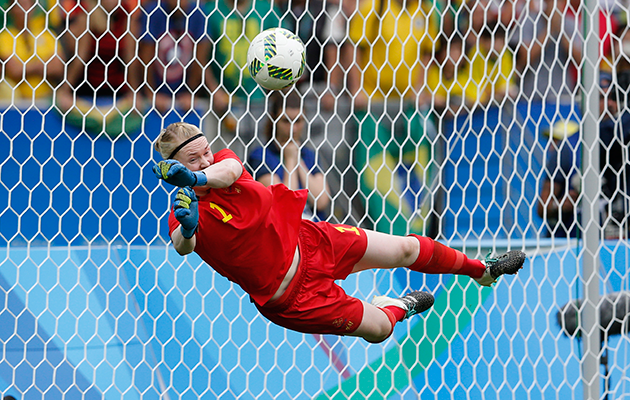 The pressure of defying the hosts was stimulating rather than intimidating.

Lindahl said: “I just felt confident and motivated at playing in one of the most incredible atmospheres I’ve ever experienced. At the end of the day, it’s just me against the penalty-taker. If you can ignore the noise around you, or at least not let it bother you, then penalties can end up being a lot of fun.”

Except, of course, for the opposition.