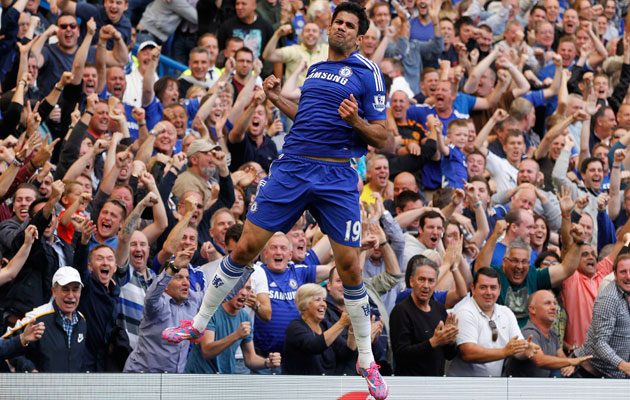 Al Ahly of Egypt are at home to Ivorian side Sewe Sport in CAF Confederation Cup Final, hoping to overturn a 2-1 reverse from the first leg in Abidjan.

Chelsea will set a new club record of 24 games unbeaten, in all competitions, if they avoid defeat at Newcastle United.

Success for La Liga leaders Real Madrid at home to Celta Vigo will equal Barcelona’s Spanish record of 18 straight wins in all competitions. Barca, meanwhile, host Espanyol in the Catalan derby on Sunday.

Any one of the top three teams can take the Primera Division title in Chile as the season draws to a close at the weekend.

Third placed Santiago Wanderers are at home to league leaders Colo Colo, with just one point separating them. Santiago need to win to stand a chance of the championship and hope that second placed Universidad de Chile, who are tied on 41 points with Colo Colo at the top fail to beat Union La Calera.

If the game in Santiago ends in a draw and Universidad win their match, they will be champions. They can also take the title if they better Colo Colo’s winning margin by two goals.

Borussia Dortmund will be looking to get off bottom of the Bundesliga when they host Hoffenheim on Friday night. At the other end of the table, leaders Bayern Munich host third placed Bayer Leverkusen.

The final day of the J-League season sees Gamba Osaka and Urawa Reds tied at the top of the table on 62 points each.

Gambe Osaka are ahead on goal difference and go to bottom of the league Tokushima Vortis. In the unlikely event that they don’t inflict a 27th defeat of the season on the already relegated club, then a Urawa Reds win at home to mid-table Nagoya Grampus will give the Saitama team their first title since 1982.

Landon Donovan brings his career to a close in the MLS Cup Final on Sunday between Los Angeles Galaxy and New England Revolution.

He will be hoping to claim a fourth winners medal to go with those won in 2005, 2011 and 2012. Galaxy were also champions in 2002 and will overtake DC United as the most successful team in MLS if they win on Sunday.

For their part, New England have played in four previous finals, including two against Galaxy, and lost them all.

The title will be decided in Argentina on Saturday. It is a two horse race between leaders Racing Club and River Plate. The latter have to win away to bottom club Quilmes, but even that may not be enough to secure the title if Racing Club beat Godoy Cruz at home.

River Plate also host Atletico Nacional of Colombia in the second leg of the Sudamericana Cup Final next Thursday. The first leg finished 1-1.