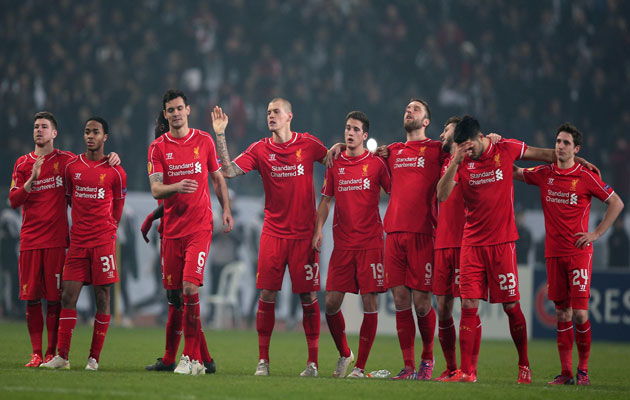 Will Thursday night football have an impact on the weekend?

Liverpool and Tottenham face crucial matches this weekend with both clubs having played energy-sapping Europa League ties on Thursday night.

The first silverware of the English season is decided on Sunday when Tottenham and Chelsea contest the Capital One League Cup Final at Wembley.

All eyes will be on Tottenham’s man of the moment Harry Kane, who scored twice against Chelsea in December, in a Premier League game that Spurs won 5-3.

Liverpool and Manchester City also meet on Sunday on the back of two disappointing results in Europe. Liverpool are the form team in the Premier League while City have recovered from a bad patch to score nine goals in their last two league games.

Can Monaco maintain their good form?

Can Monaco maintain their good form or did they peak with the 3-1 Champions League win away to Arsenal in midweek?

The visit of second placed PSG will produce a stern test for Leonardo Jardim’s team and see if they have what it takes to mount a late surge for the Ligue 1 title.

Will La Plata derby go by the form book?

Just two games into the expanded Argentinian season, the game of the week is the La Plata derby between Gimnasia and Estudiantes. Gimnasia have started slowly, taking just a point from their first two games, while their rivals have a 100% record so far in the 30-team league.

Can anyone stop Benfica?

It could be a good weekend for Benfica as second placed Porto entertain third placed Sporting Lisbon on Sunday evening. A win for the Eagles and a draw in the Sunday night game could see Benfica open up a six-point lead at the top of the table.

The top two meet on Sunday when PSV entertain reigning champions Ajax. However, even a win for Frank de Boer’s men may not be enough to retain their title as PSV currently have a 14-point lead at the top of the Eredivisie, with just 10 games to go.

Can Dortmund maintain their revival in the Ruhr derby?

With Bayern Munich dominating the Bundesliga, all eyes will be on the Ruhr derby between Borussia Dortmund and Schalke. Jurgen Klopp’s team have finally found a bit of form in the league, winning their last three games to pull away from the relegation zone, but they will find a formidable opponent in Roberto Di Matteo’s Schalke who will want to bounce back after two disappointing results have left them on the fringes of the Champions League positions.