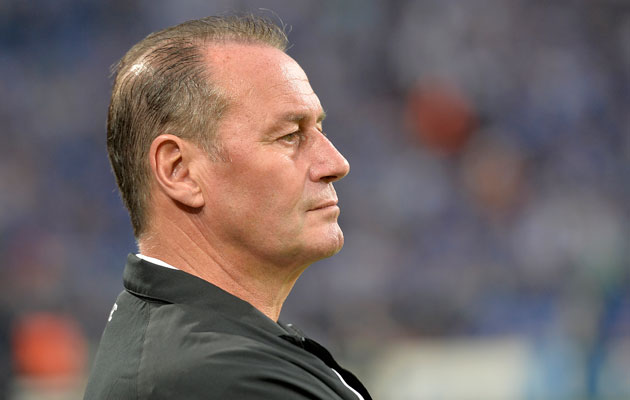 Will either of Germany’s struggling giants be felled this weekend?
In the tightest relegation battle in Bundesliga history, two giants of the German game, Stuttgart and Hamburg, face each other in a critical basement battle.

Defeat for either team could spell the end of long, illustrious spells in the top flight. Stuttgart were last relegated in 1975 – spending two seasons in Bundesliga B – while Hamburg are the only founder members of the league to have never been relegated.

Will PSG claim a hat-trick of titles?
With two games to go, Paris Saint-Germain need a point at Montpellier on Saturday to win the league for a third successive season.

Is the axe about to fall on Cagliari?
If Cagliari fail to take three points from Palermo on Sunday – or Atalanta beat Genoa – they will join Bari and Cesena in Serie B next season.

Will Steven Gerrard’s Anfield career end on a high?
It promises to be an emotional evening when Liverpool host Crystal Palace on Saturday, as Steven Gerrard plays his last ever match at Anfield.

Tickets have been fetching up to £2000 as desperate (and wealthy) fans look to give the departing captain the send-off his 17-year Liverpool career merits.