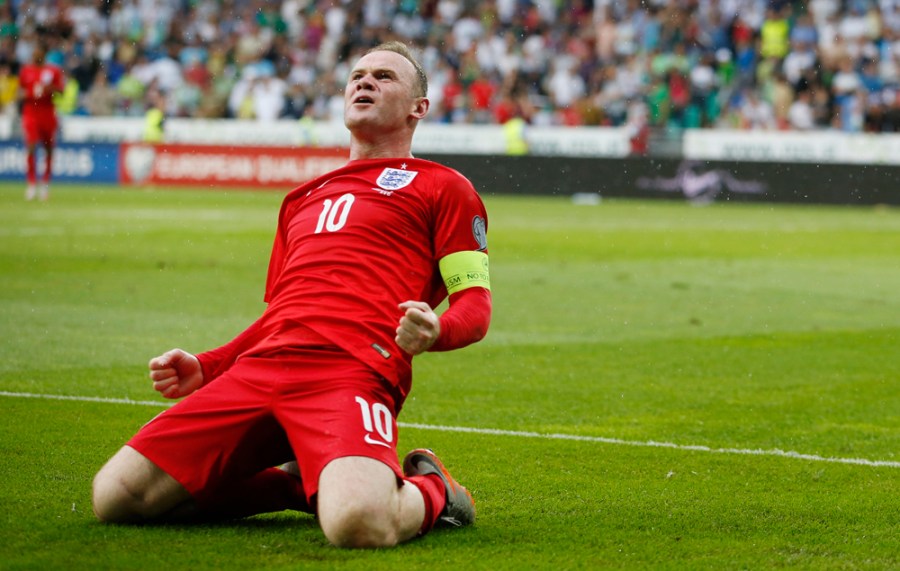 Wayne Rooney requires just two more goals to overtake Bobby Charlton’s longstanding record of 49 to become England’s leading goalscorer of all time. The Manchester United striker has been unable to hit a barn door in the Premier League this season, but even he must fancy his chances against a San Marino side who have conceded 19 in their previous 6 Euro 2016 qualifiers.

Can Germany gain revenge over Poland?

Arguably the game of the weekend takes place in Frankfurt where World Cup winners Germany will be looking to exact revenge for last year’s 2-0 defeat to the Group D leaders. With Scotland lurking just two points behind in the standings, another slip-up could prove costly for Joachim Low’s side.

Can Slovakia maintain their 100 per cent record?

Slovakia inflicted the first qualifying defeat on Spain since 2006 when they beat the European champions 2-1 in Žilina last October. There has been no looking back since then for Ján Kozák’s side, who along with England are the only country to have a 100 per cent record in the qualifying campaign. Victory in Spain will almost certainly mean a place at next year’s finals for the Slovaks.

Is the long wait over for Wales?

Gareth Bale’s late winner against Cyrpus on Thursday meant that Wales stand on the threshold of a major tournament for the first time since 1958. A win over Israel, currently in third in Group B, will secure Chris Coleman’s side a place in next year’s finals. It will also take Wales up to a dizzy 4th spot in the Fifa rakings.

Following their 1-0 home defeat against Iceland on Thursday, Holland’s chances of securing one of the two automatic qualification places for Euro 2016, all but disappeared. Fortunately, though, for Danny Blind’s side, hope remains – in this case via the backdoor of the play-offs. The Dutch face Turkey in Konya on Sunday afternoon, knowing that defeat could prove terminal for their chances.

Iceland on the cusp of the finals

A win on Sunday will guarantee Iceland a place in the finals of a major tournament for the first time in their history. Kazakhstan, who are bottom of the table with just one point from seven matches, appear to be the ideal opponents for a side whose resources have been superbly marshalled by Lars Lagerbäck & Heimir Hallgrímsson’s.