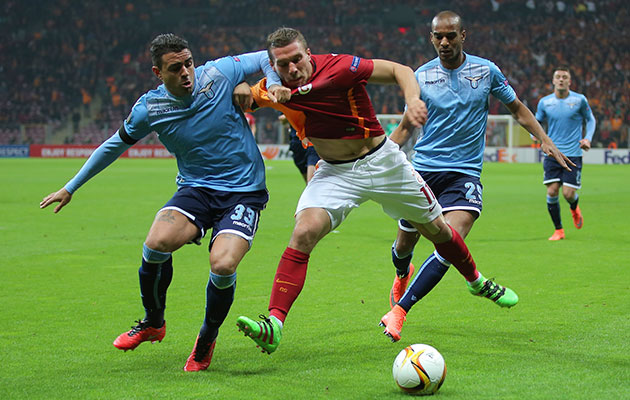 Galatasaray forward Lukas Podolski has admitted that the fear of a terrorist attack may force him to leave Turkey.

The German forward was speaking in the wake of Sunday’s car bomb attack in Ankara, which left at least 37 dead.

Galatasaray have confirmed that among those who ided, was the father of their Turkey international Umut Bulut.

Kemal Bulut had been travelling home after watching his son play for Galatasaray at Ankara-based Genclerbirligi when the bomb exploded.

Podolski, who signed a three-year deal with the Istanbul club last summer, said he is now considering leaving Turkey given the volatile political situation in the country.

“The club is in shock,” Podolski told Bild. “You have to carefully consider the next steps with what’s happening here.”

Sunday’s bomb attack was the third in Ankara in the last five months, while an attack in Istanbul in January saw mostly German tourists killed.

“My thoughts are with the dead, the injured and their families. What a horrible world,” Podolski said.

Bild reported that the Galatasaray players are set to attend Kemal Bulut’s funeral on Tuesday.