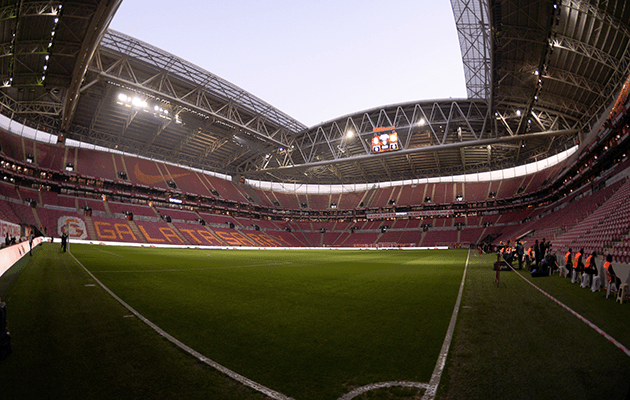 Germany will have opposition, after all, in its bid to win host rights to the finals of the 2026 European Championship in the shape of Turkey.

Yildirim Demiroren, president of the Turkish football federation, announced the country’s rival bid formally at a news conference in Istanbul. European federation UEFA had set a deadline at the start of March for initial submissions.

Businessman Demiroren, a former president of Besiktas, said: “Turkey is the only country in Europe and in the world to have invested in 32 stadiums in the past few years … We believe that this time, the federation and the people deserve to win this.”

A further projected bid from an alliance of Nordic nations has yet to materialise despite speculation every time the Euro hosting issue comes around.

Turkey will be an outsider by comparison with Germany despite a financial scandal linked to the latter’s hosting of the 2006 World Cup. The fall-out brought about the downfall of DFB president Wolfgang Niersbach as well as criminal and tax investigations and FIFA ethics punishments for those involved.

The challenge for Turkey will be overcoming concerns about security in the wake of a string of terrorist bombings plus political unrest prompted by the increasingly authoritarian strategy of President Recep Erdogan.

Turkey came close to pipping France to host rights for Euro 2016 and was an early favourite for 2020. However Istanbul was also bidding for the Olympic Games in 2020 and attempts by Erdogan, then prime minister, to play off UEFA against the International Olympic Committee upset both sports authorities.

Civil unrest in major Turkish cities in 2013 was followed by footballing setbacks including a matchfixing scandal and disappointingly poor attendances across the country at the World Under-20 Cup.

Hence, the 2020 Olympics went to Tokyo and, in April 2014, Turkey dropped its bid for Euro 2020. The lack of credible bids prompted then UEFA president Michel Platini to dream up his controversial pan-European hosting.

Back then the Turkish federation, announcing an end to its pursuit of 2020, said: “We believe Turkey is developing our sporting capacity with 13 stadia to meet the necessary criteria. Turkey also has communication infrastructure, travel and accommodation facilities sufficient to host an entire competition.

“Hence our executive board has decided not to compete for the 2020 UEFA European Championship semi-final and final competitions but to start work on an ambition to stage the 2024 championships.”

Now, true to the federation’s word, that 2024 ambition has been revived.