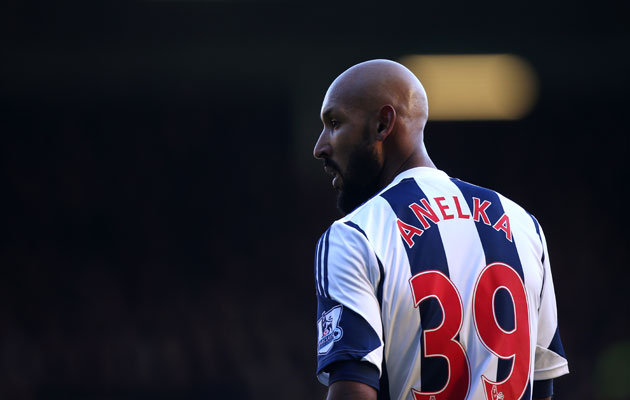 “Last year, he impressed us all with his tactical knowledge and excellent motivational skills.

Former France striker Anelka will return to Mumbai City FC as the team’s marquee player-manager for the second season of the Indian Super League (ISL), the club has revealed.

The 36-year-old, who scored two goals for Mumbai in the debut season of the league last year, performed a similar dual role in 2012 for Chinese club Shanghai Shenhua.

“I would like to say thank you to the Mumbai City FC staff for giving me the opportunity to coach the club,” said the well-travelled Anelka.

“We are all very excited to start this new season. I’m personally very eager to take on this new role for the club and put a strong competitive team on the pitch,” added the well-travelled Frenchman.

“I’m thrilled to have Nicolas as our marquee player-cum-manager,” Kapoor said. “Last year, he impressed us all with his tactical knowledge and excellent motivational skills. It’s a role both parties have been discussing for a couple of months and it’s been a great start. We will provide Nicolas all the support required to try and win the league this year.”

It’s all a far cry from five years ago when Anelka was expelled from France’s 2010 World Cup squad after he unleashed a torrent of abuse at national team coach Raymond Domenech.

“Go fuck yourself, you son of a whore,” he screamed at Domenech during the half-time interval of France’s defeat to Mexico.

An outburst, the striker refused to apologise for. Hardly management material, one would have thought.

Whether this renowned goal poacher-turned-gamekeeper has the requisite motivational skills to inspire hisplayers, only time will tell.