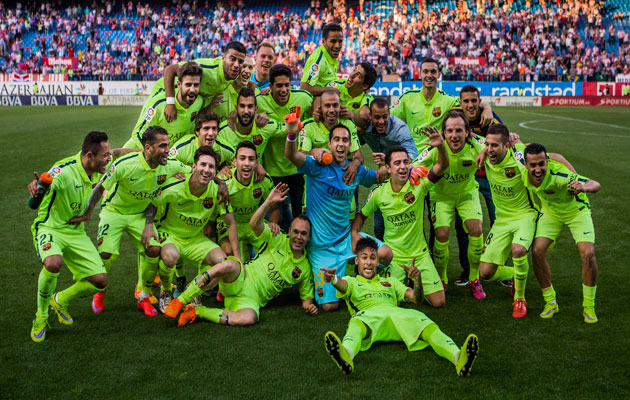 • Benfica retained their Portuguese league title with a goalless draw at Guimaraes as Porto draw 1-1 at Belenenses. It was their second successive league title and their 34th in total – seven more than arch-rivals Porto.
• Lionel Messi scored the only goal of the game as Barcelona win at defending champions Atletico Madrid to claim their 23rd Liga title.
• Krasnodar twice surrendered the lead to draw 2-2 at home to bottom of the league Torpedo Moscow and handed the league title to Zenit, who draw 1-1 at Ufa.
• A goalless draw with Young Boys seals a sixth successive Swiss Super League title for Basel.
• Maccabi Tel Aviv beat closest rivals Hapoel Kiryat Shmona 2-1 to claim their third consecutive Israeli Premier League crown with two games to go.
• Dynamo Kiev ended Shakhtar Donetsk’s five-year reign by reclaiming the Ukrainian championship with a 1-0 victory over Dnipro.
• In Luxembourg, Fola Esch win their second championship in three years with a 3-0 defeat of Kaerjeng. 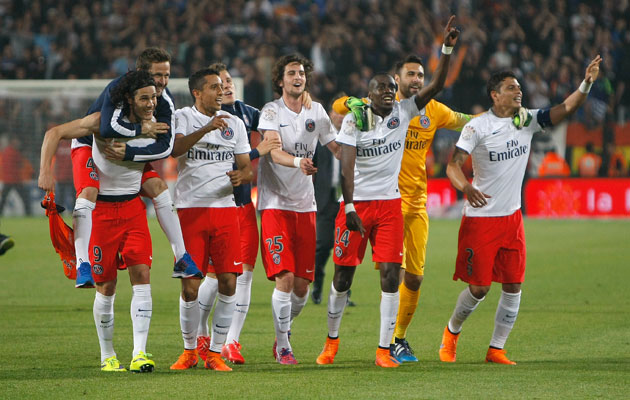 • With a game to spare, Paris Saint-Germain made it three French titles in a row with a 2-1 victory at Montpellier.
• Skenderbeu clinched a fifth successive Albanian league title, with a game to spare, by beating Flamurtari 2-0.
• In Slovenia, Maribor also made it five titles in a row with a 1-0 victory over Domzale.
• Ludogorets won their fourth successive Bulgarian league title with a 4-1 win against Lokomotiv Sofia.
• Draws for Ulisses and Shirak handed Pyunik the Armenian league title to go with the domestic Cup they won earlier in the month.
• A goal from Dutch striker Leroy George gave Qarabag a 1-0 victory over Sumqqyit and confirmed back-to-back Azerbaijan championships.
• Vardar won their third Macedonian title in four seasons with a 4-1 victory over Renova.

• Winning 3-1 at home to Naft Tehran on the last day of the season, Tractor Sazi still thought they had won the league despite conceding two late goals. However, as fans and players celebrated, news came through that Sepahan had beaten Saipa 2-0 and pipped them to the title. Cue unsavoury scenes in the stands as angry fans tried to come to terms with the title being snatched away from them.

Domenico Berardi
On loan from Juventus, the striker who scored all four goals as Sassuolo beat Milan 4-3 last season got a hat-trick on Sunday as they beat the same opponents 3-2 this term.

Frank Lowy
The chairman of Football Federation Australia took a tumble and fell off the stage during the presentation of the A-League trophy to Melbourne Victory, who beat Sydney 3-0 in the Grand Final.