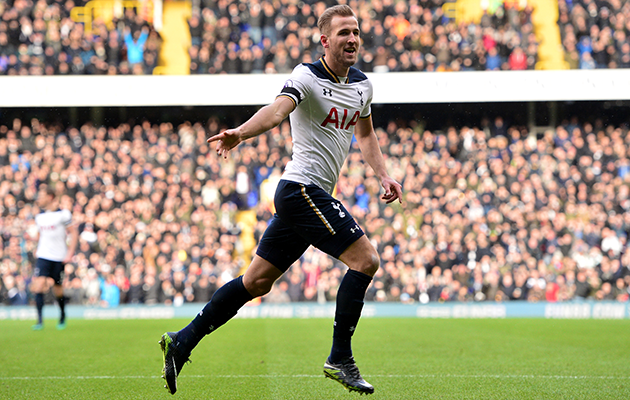 Last week we found a big upset in the Africa Cup of Nations with a 21/10 winner that Guinea-Bissau would not lose their first ever match in the tournament and they did us proud with a last minute equaliser against Gabon.

Let’s take a look at the latest betting odds for the fixtures across the footballing world this weekend to try and beat the bookies once more!

Tottenham won again last weekend with a virtuoso performance against West Brom where they absolutely destroyed the Baggies in a match that could have been much more than the 4-0 scoreline.

They have won seven matches in a row and will head to Man City with plenty of confidence – especially after the Citizens were the victims of a 4-0 away defeat at Everton last weekend. Pep Guardiola’s men have conceded 12 goals more than Spurs in the Premier League this season, despite having fewer shots on their goal and that tells me that Harry Kane (who has been responsible for five of the last 10 Spurs strikes) will take his chances with shots from any angle against Claudio Bravo who has a poor shot to goal ratio when conceding this season.

Harry Kane is also the penalty kick taker for Tottenham, and he England international has scored twice in his last three games against the Citizens and looks a good bet to score at 8/5.

Their north London rivals, Arsenal, are facing Burnley at the Emirates on Sunday and Alexis Sanchez is a very good option in the anytime goalscorer market there. The Chile international scored against Swansea late on to seal the win and with three goals and two assists in his two previous games against Burnley at the Emirates Stadium, you have to fancy him to score again.

Against a defence that has conceded 20 goals in nine Premier League away games this season and that have conceded three in both previous Premier League games at the Emirates, I am even more convinced Sanchez can add to his goal tally of 16 this season here with a best price of 3/4.

The 31st African Nations Cup is fully underway now and goals have certainly been hard to come by! At the time of writing this there have only been three matches out of 12 where more than two goals have been scored.

With that in mind a short priced option on Saturday is backing Ghana v Mali to be under 2.5 goals with a best price of 40/85. Each of the last nine matches featuring Ghana have seen less than three goals scored in them, whilst Mali’s opening encounter finished 0-0 with Egypt.

My other selection this weekend in the African Nations Cup is to back our old friends Guinea-Bissau to win against Burkina Faso. They are facing a team who have failed to win any of their group games on Sunday and also suffered several injuries to key players. At 4/1 this could look a really big price when it comes in!

Bayern Munich get back in the swing of things after the winter break in the Bundesliga with a trip to Freiburg on Friday night, and I for one fancy them to win to nil.

Carlo Ancelotti’s side have kept four clean sheets in a row and have kept two clean sheets in their last four visits to Freiburg. The home side have lost five of their six matches against the sides higher than them in the table and that will be the case again when they face the Bundesliga champions.

Get the 11/10 price using the Easyodds service – several bookmakers are going odds on for this selection. Get the very best odds – don’t settle for less.