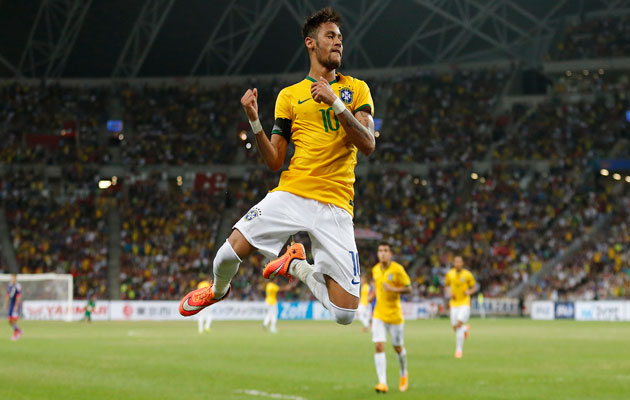 Neymar scored all four goals in a remarkable display of clinical display for Brazil as the 2014 World Cup hosts defeated understrength Japan 4-0 in a friendly in Singapore.

The Brazil captain took his impressive tally to 40 goals in 58 matches after his strikes against a disjoined Japanese side on a threadbare National Stadium pitch.

Neymar now stands fifth on the all time list of Brazil goalscorers, behind Zico with 47, Romario 55, Ronaldo 62 and Pele 77. If he maintains his present rate of scoring, he should top that list by the time he is 26. It is an astonishing strike rate.