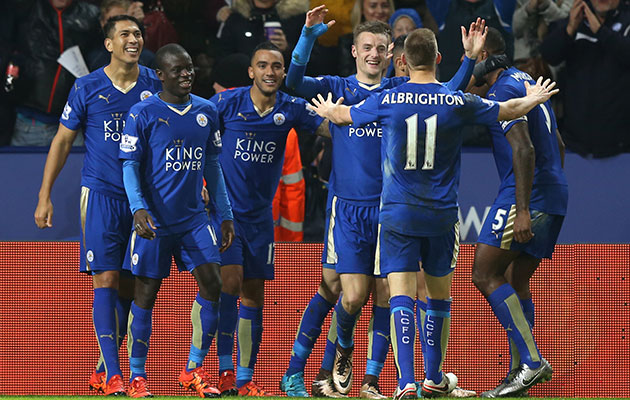 Feted as the player of the season so far in England, Leicester City’s Riyad Mahrez was in scintillating form again on Monday night in his side’s 2-1 win over Chelsea.

After setting up the opening goal for the prolific Jamie Vardy, the 24-year-old sealed an impressive performance with a wonderful strike early in the second half.

Controlling a high ball inside the penalty area, the Algerian winger bamboozled Chelsea defender, Cesar Azpilicueta, before firing a curling effort into the roof of the net.