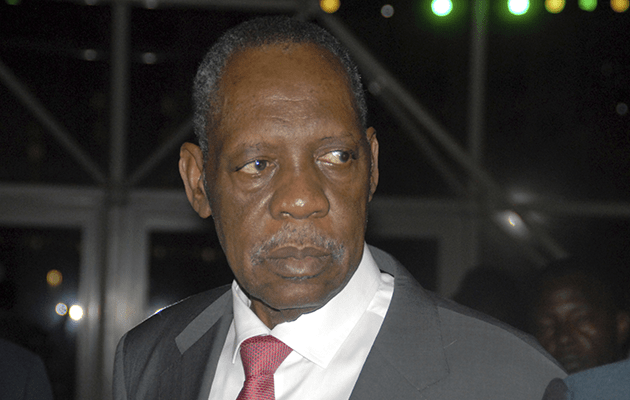 Issa Hayatou’s command of African football is at an end. The 70-year-old was beaten 34 votes to 20 in his re-election bid tdoay at CAF Congress in Addis Ababa, Ethiopia, after 29 years.

Hayatou had been one of the last representatives of the derided and disgraced old guard who shored up a corrupt culture within the upper echelons of world federation FIFA.

He has not been implicated in the criminal investigations being run by the authorities in both the United States and Switzerland. However he was rapped over the knuckles by the International Olympic Committee for accepting a disputed cash donation from ISL, FIFA’s bankrupt former marketing partner.

Hayatou also did all he could to prevent the election of Gianni Infantino in February last year as FIFA president in succession to banned Sepp Blatter.

The Cameroonian’s political antennae let him down when he ordered CAF to back the wrong horse in Asian president, Sheikh Salman bin Ebrahim Al Khalifa.

He paid for it not only in being removed from the presidency of the powerful finance committee but in being kicked off the panel altogether.

That ‘dismissal’ also cost him his place on the FIFA remuneration committee which had played such a dubious role previously in fixing excessive salaries and bonuses for the president and senior officers.

Infantino has denied involving himself in any of the recent elections in the regional conferations. However his attitude to Hayatou appeared obvious from the committee-room reorganisation.

A key factor for Ahmad was in being able to lobby for, and build support from within the executive committee – as the election rules demand – and has drawn support from beyond the increasingly disaffected south of Africa.

The Nigerian federation has defied its own government and come out in public support of Ahmad while Hayatou’s most famous fellow countryman, four-times African Footballer of the Year Samuel Eto’o, had also said it was time for a change at the top.

Hayatou has even had to try to fight off court complaint raised in CAF’s own Egyptian back yard – its HQ is in Cairo – concerning the monopolistic deal to grant Lagardère an extension from 2017 to 2028 in its media marketing rights without allegedly undergoing a tender process.

CAF has defended its Lagardère deal by saying “represented an enormous increase in the revenues guaranteed to CAF for its marketing and media rights, which secures significant and guaranteed funds for the benefit of African football over the next 12 years.”

Ahmad is now certain to review the deal after benefiting from the pace with so many critics of Hayatou losing their inhibitions about going public with criticism.