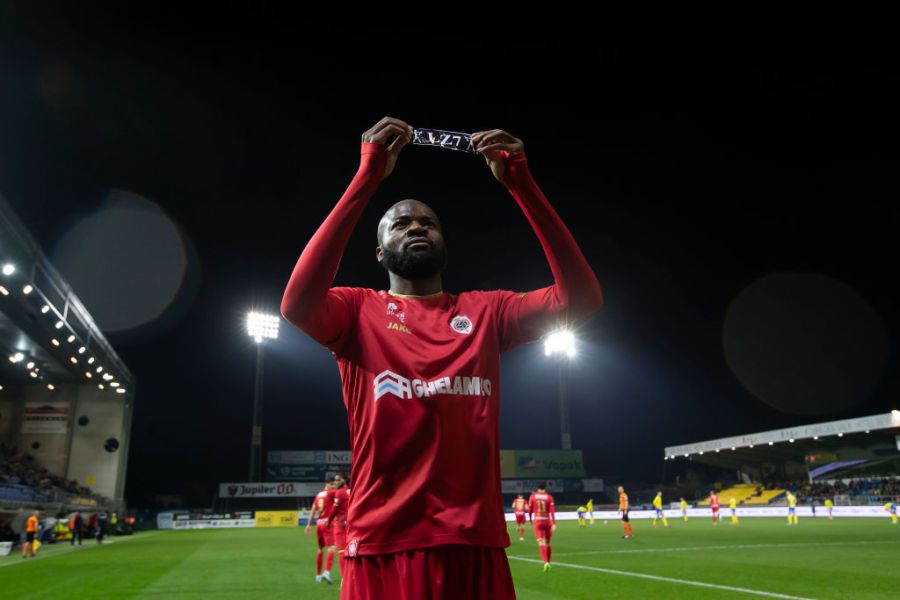 As Royal Antwerp set the early season pace in the Belgian league and made a strong statement in the Europa League by beating Tottenham Hotspur 1-0, so their 24-year-old Cameroonian cult hero Didier Lamkel Ze sits mostly on the subs’ bench.

His part in Great Old’s lively start to the 2020-21 campaign has been minimal, coming after a strike over wages during the lockdown that has highlighted his growing image as one of African football’s bad boys.

When Antwerp went back to work in June, after the last Belgian season had been hastily declared completed just weeks after the outbreak of the COVID-19 pandemic, Lamkel Ze was holed up in his apartment, just 100 metres from the stadium, refusing to take part in pre-season. 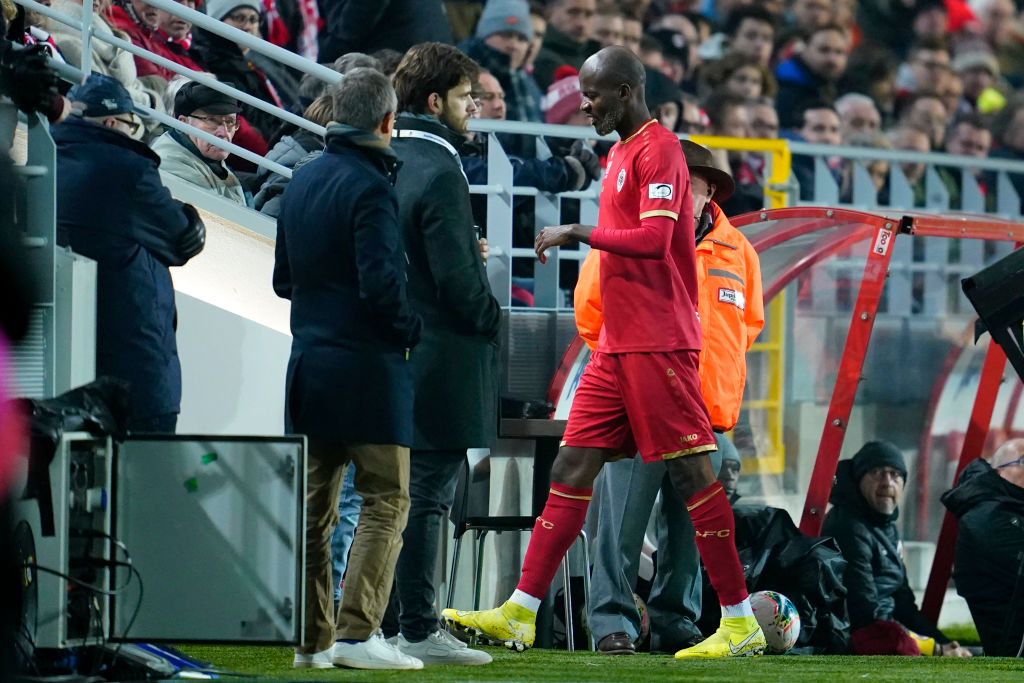 Antwerp’s Didier Lamkel Ze leaves the pitch during a soccer game between R Antwerp FC and KV Kortrijk, Thursday 23 January 2020 in Antwerp, the first leg of the semifinal of the ‘Croky Cup’ Belgian cup.

“The club must pay me what I’m worth. Otherwise it is better that I leave,” he told reporters who went to enquire what all the fuss was about.

The 24-year-old said he had been promised he could leave if he had a good season and, after Antwerp qualified for the Europa League, he felt it was time to go, claiming interest from French, German and Italian clubs. “Sergio Conceicao, the FC Porto coach, also came to watch last season and said he was following my achievements,” he added.

But the standoff lasted just days and after being forced to train initially with the reserves, Lamkel Ze eventually returned to the first-team squad with his reputation further dented. He was left out of the Europa League squad.

He has been booked 20 times in all competitions over the last two seasons and learnt to irritate opposing fans. His provocative style, however, has made him a real cult hero with his own supporters.

His latest stunt might have been a step too far. Now he has to not only work his way back into a club side in fine form but also the Cameroon squad, after being dropped for the October and November fixtures.

He had made his debut last November against the Cape Verde Islands but a lack of game time means he must start all over again in his bid to win a place for when Cameroon host the next Africa Cup of Nations.

Lamkel Ze followed in the footsteps of African football icon Samuel Eto’o by attending L’Academie Brasseries in Douala from the age of 12 to 16 before going to Lille at 18. He played in their reserve side before Niort gave him a chance to sharpen his skills in Ligue 2. Antwerp bought him in 2018 and after one season extended his contract, such was the impression he made.

Now, however, Lamkel Ze sits at a crossroads, needing to focus on his game again if his potential as a future superstar of the African game is to be realised. “We know what he can do and what he can contribute,” says Antwerp coach Ivan Leko, “but it is the team that must always come first”.