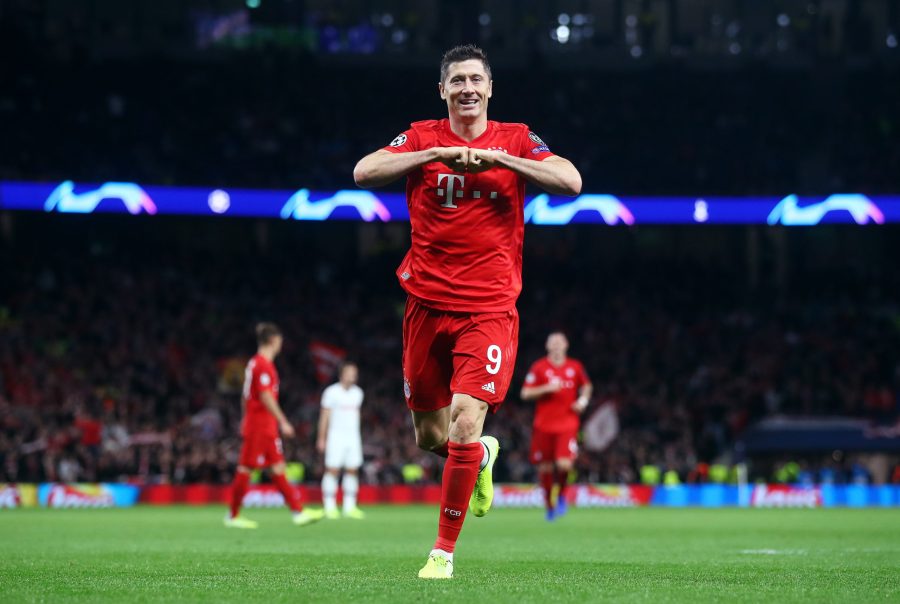 If every Lewandowski goal this season was worthy of a repeat fee, the Polish marksman extraordinaire would be busy counting a princely sum right now.

All strikers are defined by their ability to convert chances, and in this respect the Bayern Munich spearhead was peerless in 2019-20, dominating the Bundesliga scoring charts with 34 goals. This is the fifth time he has won the German Golden Boot award. To date, he has scored 236 Bundesliga goals in ten seasons at Bayern and Dortmund, thus making him the third-most prolific finisher in the history of the division, and the highest-scoring foreigner ever. 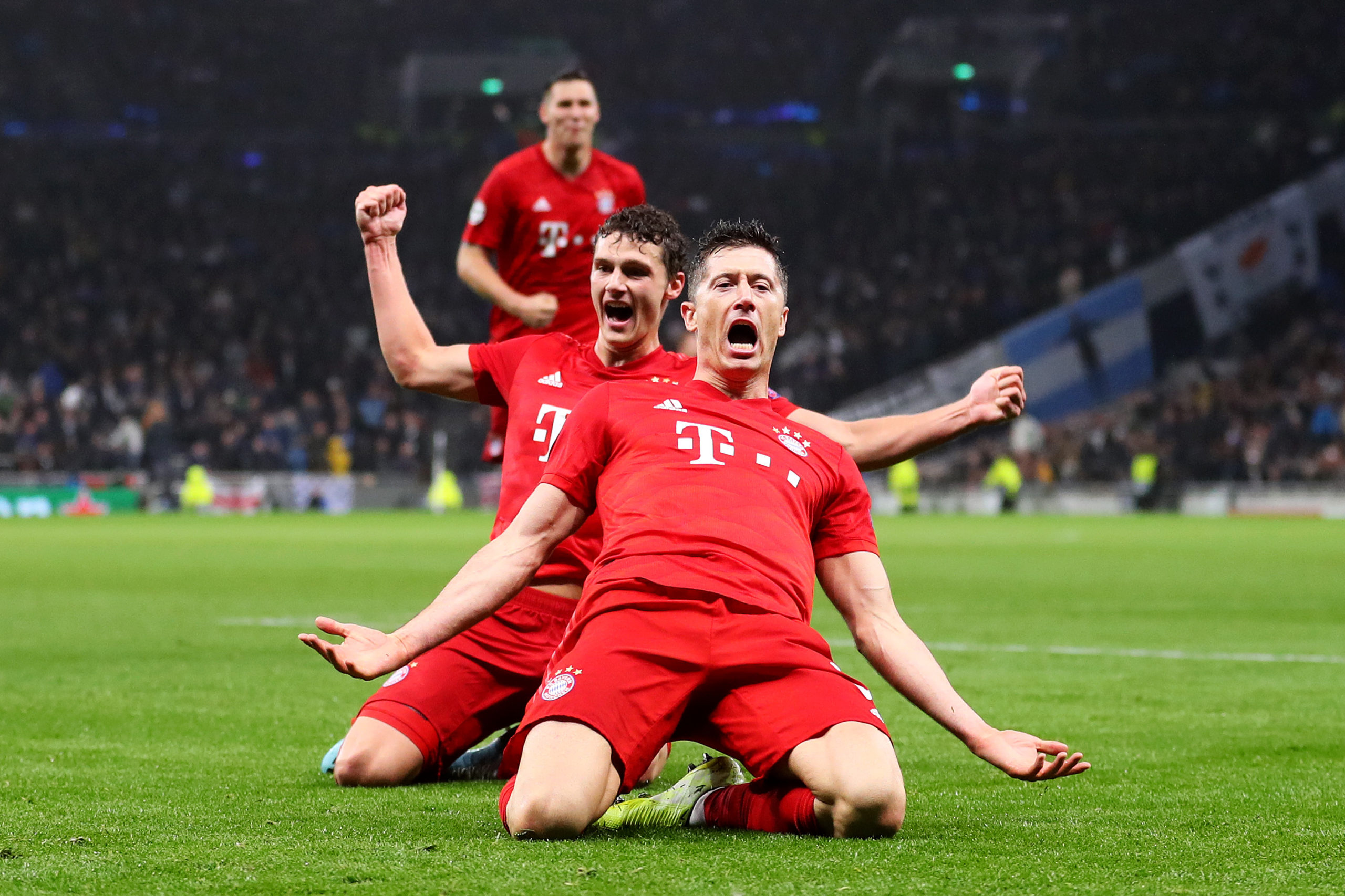 It cannot be stressed enough how instrumental the 31-year-old was to Bayern’s eighth straight Bundesliga crown. He was responsible for over a third of his team’s 100-goal tally in the Bundesliga, was a model of consistency – netting in every one of Bayern’s first 11 fixtures this term and only failing to score in six matches – while doing an admirable job leading the line.

He certainly is not the type of centre-forward who waits in the box for others to load the gun for him. He brings double helpings of mobility, work rate and altruism to the table, combines superior athleticism and bodily strength, and is highly proficient in link-up mode, intelligent, precise and very much in his element when holding the ball up. Since arriving in Munich in 2014, he has improved year on year as both a team man and emotional inspiration. Bayern would not be the same without him.

“He is one of the most complete strikers in the world, if not the best of them all,” declared Bayern coach Hansi Flick last autumn. “He’s a leader, someone who inspires the whole team.” 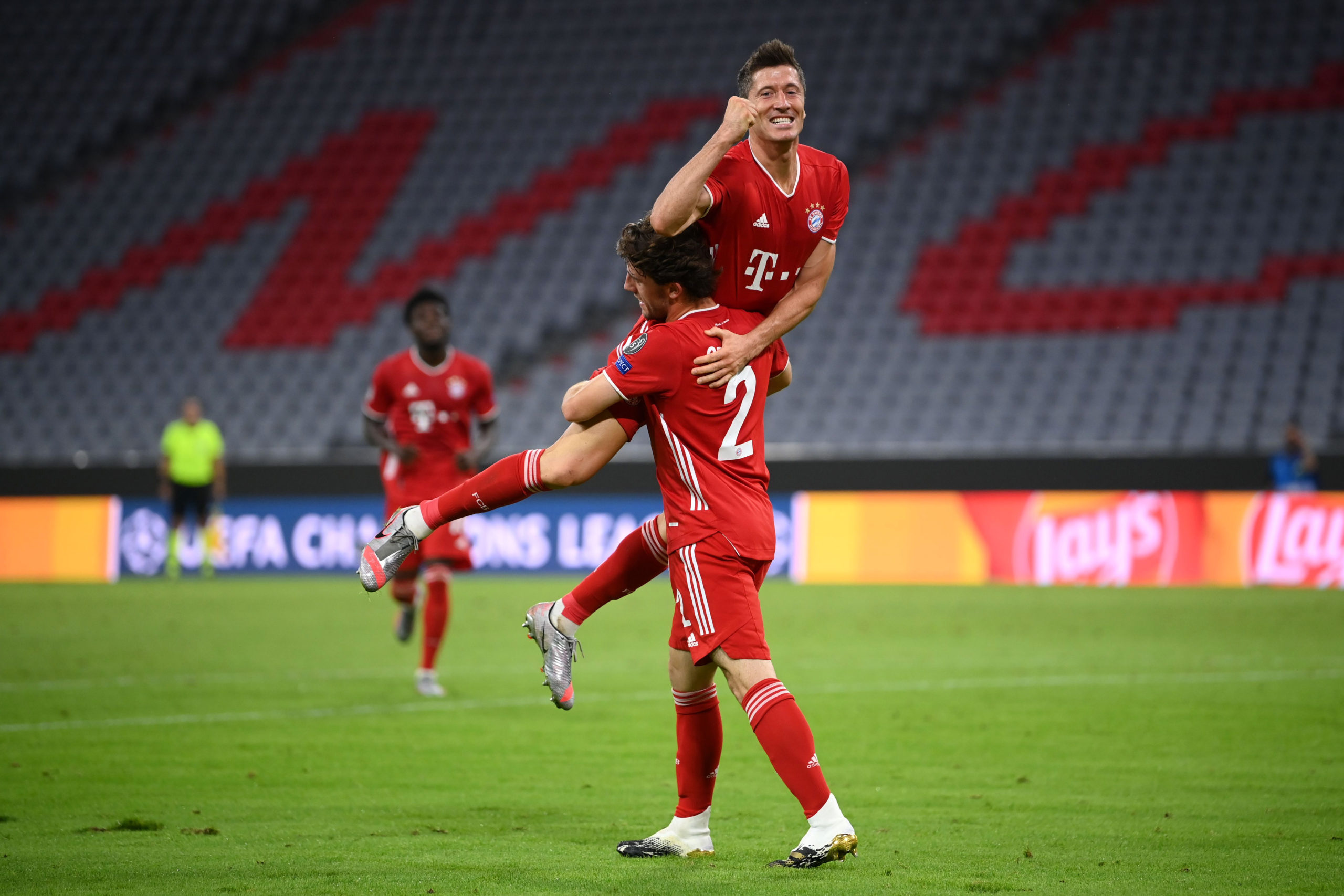 Robert Lewandowski of Bayern Munich celebrates with Alvaro Odriozola Arzallus of Bayern Munich after scoring his sides fourth goal during the UEFA Champions League round of 16 second leg match between FC Bayern Muenchen and Chelsea FC at Allianz Arena on August 08, 2020 in Munich, Germany.

At the heart of Lewandowski’s recipe for success is his implacable desire for perfection. He is obsessive in his approach to conditioning, fitness and diet. Advised by his wife Anna, a former karate black belt turned personal trainer, all manner of rules have been established. No milk or wheat-flour products; no fried food; a back-to-front meal sequence to aid digestion (a dessert to start with followed by rice and fish); the engagement of a sleep counsellor, whose diktats included a ban on blue light in the bedroom and a constant low temperature.

“I’ve worked very hard on my physical shape,” Lewandowski told Sport Bild magazine last November. “I feel good in my body and mentally that’s great. But that does not mean that I can relax. I want to improve, to try things which I haven’t attempted up to now. My passport says I’m 31, though I don’t feel it. I think my prime is just beginning and will last for a few more years yet. The best is yet to come.”