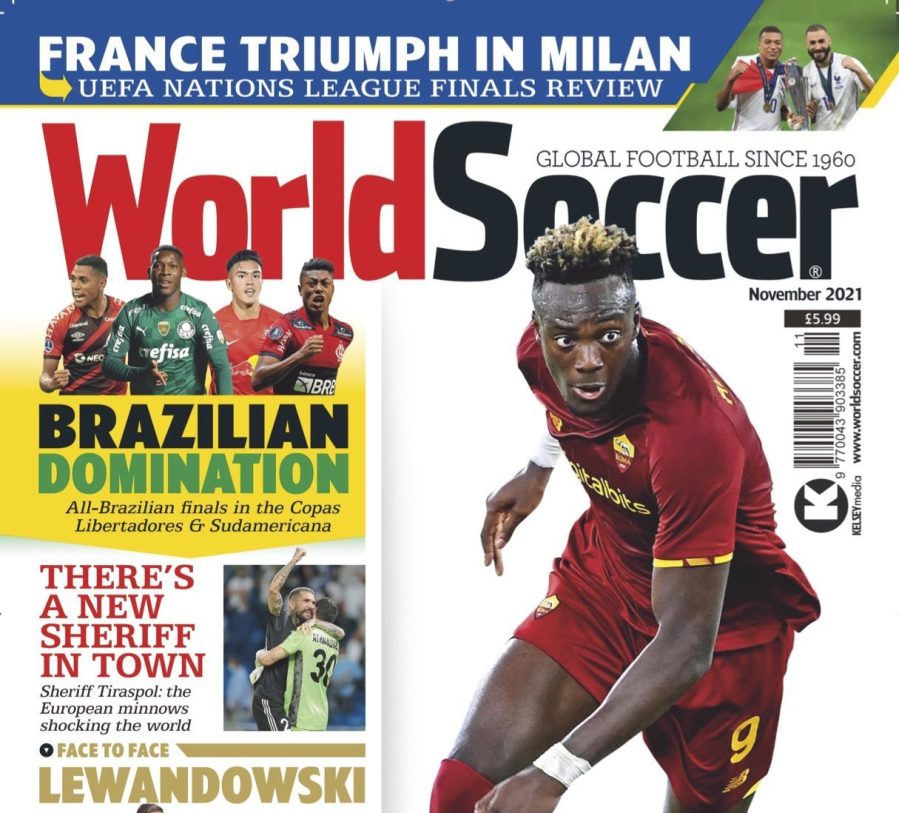 World Soccer November 2021 is now available to buy online and in shops.

From the Assistant Editor 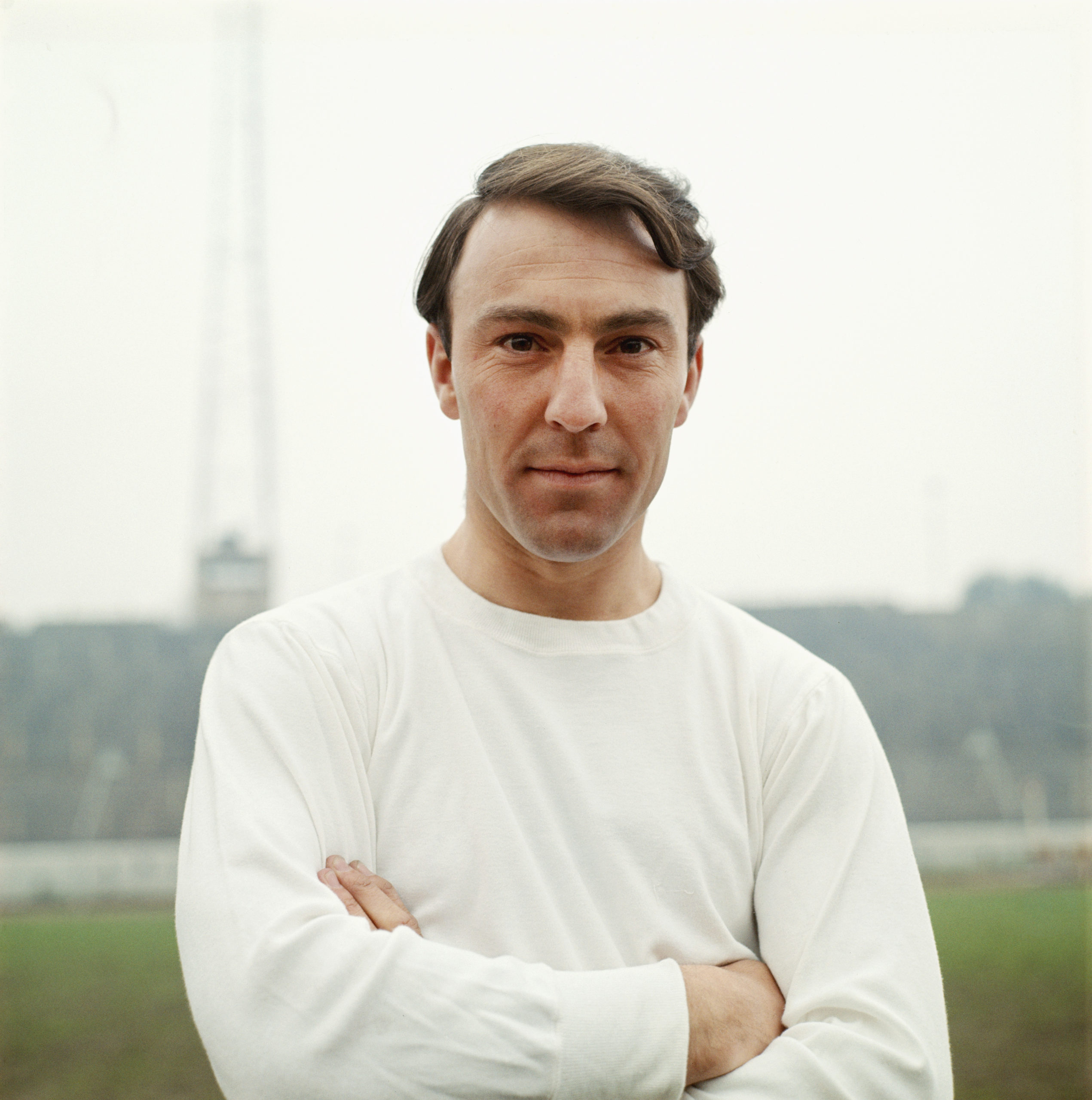 Statistics can never fully encapsulate the magic of a footballer‘s talents; the way they moved, the joy they brought to fans, or the influence they had on the game. Still, when discussing players who were at the peak of their powers before the prevalence of TV cameras, sometimes it‘s the best we can do.

And the numbers behind the career of Jimmy Greaves are truly astonishing: 44 goals in just 57 England caps; a record 357 English top–flight goals; Tottenham‘s record scorer, with 266 goals, and 132 in just 169 games for Chelsea. Without doubt, the stats don‘t lie: Greaves was one of the most gifted forwards this country has ever produced.

Fortunately though, we don‘t have to rely on just numbers. Keir Radnedge bore witness to the great man’s career and, following  the legendary forward‘s recent  death, pays fitting tribute to it in our latest issue.

Strikers remain a theme throughout this issue. Following his explosive start to life at Roma, Tammy Abraham’s story is told by Nick Bidwell; Oluwashina Okeleji assesses Kelechi Iheanacho’s remarkable journey and impressive year, and Robert Lewandowski sits down with World Soccer after collecting his European Golden Shoe award for the 2020-21 season.

As usual we have the regular round–up of remarkable stories from around the world – from Sheriff Tiraspol and their incredible Champions League run, to Ghanaian side Hearts of Oak and their double-winning campaign, as well as Brazil‘s dominance of South America‘s club competitions – plus loads more. 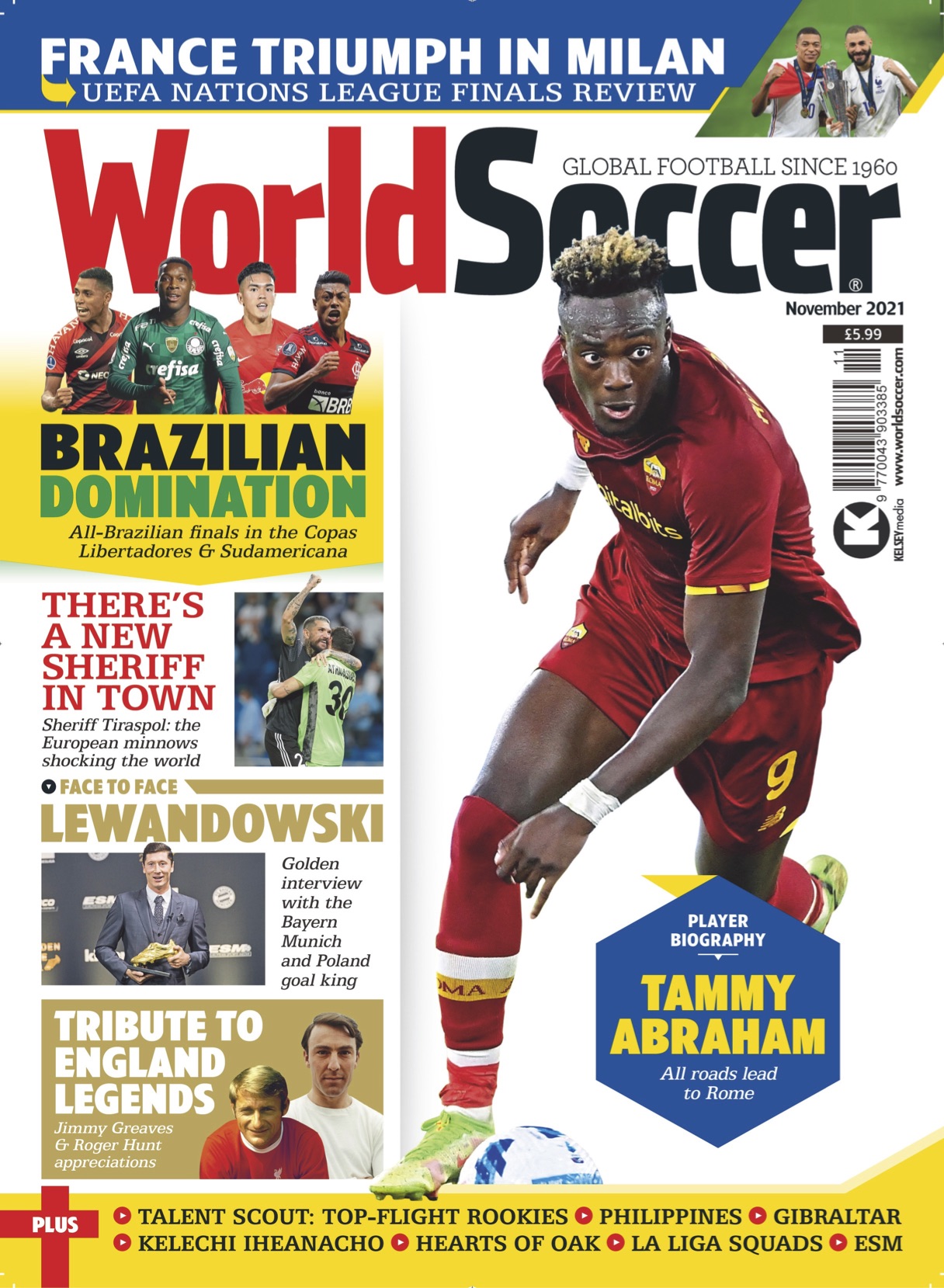