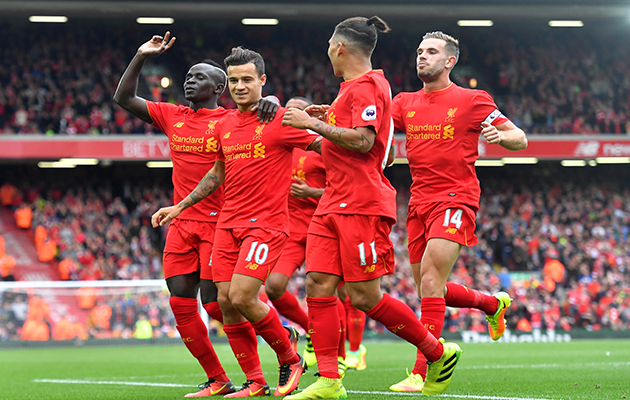 Philippe Coutinho is set to return after after a six-week injury break for Liverpool’s first leg EFL Cup semi-final against Southampton on Wednesday.

The Brazilian is expected to start on the bench at St Mary’s after recovering from ankle-ligament damage.

“I think Phil is fit enough to be part of the squad and that means there could be minutes, but it depends on the game,” Liverpool manager Jürgen Klopp said. “It was six or seven weeks and that is long so he needs minutes in training especially, but then as soon as possible minutes in games.

“No final decision has been made until now but tomorrow would be his fourth session with the team. It is not that many but for being in the squad it is enough.”

At Southampton Klopp is likely to restore many of his first-choice players who were rested in the goalless FA Cup draw at home to Plymouth on Sunday. The German coach was defended his decision to rotate his squad, but said he would be fielding his strongest side against the Saints.

“The question I asked this morning in the dressing room was: ‘Could we have done better?’ One hundred per cent yes with this lineup,” Klopp said. “I don’t expect perfection but I have high expectations because I see them every day in training and I was convinced we could play really well.

“I have absolutely no problem with criticism but it was not about underestimating an opponent. It is not about young, old, whatever. It is about which lineup made the most sense because of the injury situations of the players and the timing: when do we play who?

“Now we have 18, 19 or 20 players ready for the game. A few of them played yesterday and we have to see how they react and how the other players who were not involved are.”