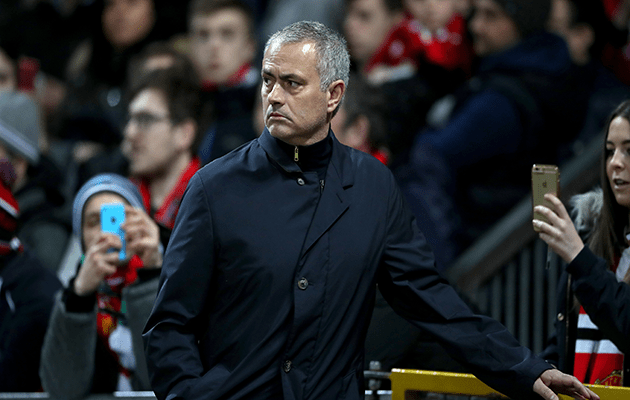 José Mourinho felt his Manchester United players lacked concentration and were too “relaxed and funny” in the dressing room before the 3-0 Europa League victory over St-Etienne on Thursday.

The manager was pleased with the result, which came courtesy of a Zlatan Ibrahimovic hat-trick, but questioned his players’ attitude beforehand and felt he had to speak to them at half-time.

“I am delighted, especially because the first half we played so bad and managed to finish the first half winning 1-0 when we didn’t deserve to, so I was pretty confident the second half we had to improve,” he said. “It was down to lack of concentration, I had a feeling immediately in the dressing room – too noisy, too funny, too relaxed.

“My assistants had the feeling in the warm-up with some of the guys not really focused, not the right adrenaline in their bodies. The game started and the first thing we did was a back pass [by Eric Bailly] to the striker and one-to-one with Sergio [Romero]. When you don’t have concentration it’s hard to recover it. Even on the touchline I felt the communication was difficult so we needed half-time. The second half was a different story, a different result.”

Mourinho refsued to accept that the players’ lack of focus was caused by them playing in the Europa League rather than the Champions League.

“I know the Champions League is a competition that everyone wants to play and win,” he added. “But we don’t play Champions League, we play Europa League. We had a group phase a little like this – when we needed to win we did it.

“When the focus is there we answer. Tonight, the first half was too relaxed. St-Étienne had the right intensity and created problems. If the first half had ended 1-1 the game may have been different. If we progress and we beat St-Étienne and go into the last 16 then people will have the right attitude. So let’s do next Wednesday [in the return leg], [get] the right result and go for the next draw.

“To score three goals, not concede at home, it’s a good result. It’s not over but it’s a good result. [Ander] Herrera is suspended [after being booked]. I always respect football, it can be nasty with you. I don’t want my team to be punished so I will go with a strong team.”