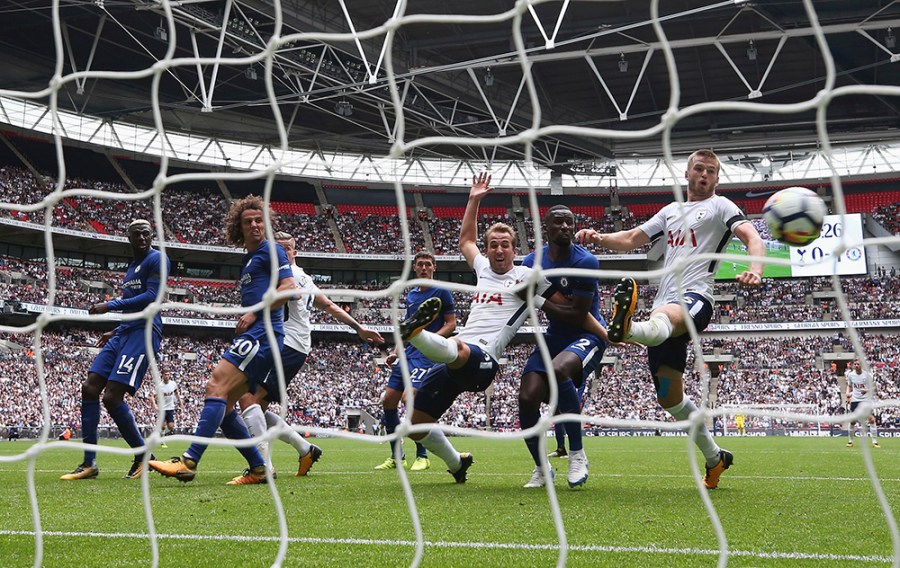 The Champions League resumed on Tuesday with Chelsea, Manchester United, Manchester City, Liverpool and Tottenham the five English representatives in the competition this season. United, the fifth club, only qualified for the competition by virtue of their winning the Europa League last season.

Regulars Arsenal will not feature in Europe’s top-tier competition after finishing fifth in the Premier League last season, their first miss in the last 22 seasons.

Gone are the days when Premier League clubs dominated the Champions League. Between 2005 and 2012 English clubs reached the Final seven times during that period, including an all-English Final in 2008 between Man United and Chelsea.

Chelsea were the last English club to win the title, in 2012. Since then there have been no English finalists and only two semi-finalists. Perhaps the most disappointing team were Arsenal, who were unable to progress beyond the last 16 in the last seven seasons.

So what are the burning questions facing the English teams in this season’s competition?

Has Neymar done Pogba a favour?
Neymar’s move to Paris Saint-Germain means Paul Pogba is no longer the world’s most expensive player. Early-season signs are that the midfielder has been emboldened by losing the tag, as well as by the arrival of the combative Nemanja Matic alongside him.

Will second-season syndrome work again for Jose Mourinho?
United’s Portuguese manager has a proud record of winning titles in his second season. This season, with a new spine – Victor Lindelof (who will face his former Benfica team-mates), Matic and Romelu Lukaku – and the return of Zlatan Ibrahimovic in the new year, the pressure is on to deliver. United must be careful they do not get distracted by a domestic title battle with Pep Guardiola’s City.

Can Chelsea compete on two fronts?
Although they walked away with the Premier League in Antonio Conte’s first season, it was the club’s first campaign in 20 years with no midweek European commitment. New recruits Alvaro Morata, Antonio Rudiger and Tiemoue Bakayoko have added quality, but the summer departure of Nemanja Matic and the continued stand-off with Diego Costa have raised concerns that the squad lacks depth.

Will any youngsters get a chance?
This summer Chelsea sold a number of talented youngsters, including Nathaniel Chalobah (Watford), Dominic Solanke (Liverpool) and Bertrand Traore (Lyon). Others, such as Ruben Loftus-Cheek (Crystal Palace) and Kurt Zouma (Stoke City) are among 26 (and counting) currently out on loan.

Who needs Coutinho?
Brazilian Philippe Coutinho was absent from Liverpool’s early season games as the club continued its stand-off with Barcelona over a possible transfer, and in his absence – notably in the Champions League qualifiers against Hoffenheim – the front three of Sadio Mane, Roberto Firmino and summer signing Mohamed Salah performed exceptionally well.

Can Klopp sort out the team’s defensive problems?
Throughout the summer, Liverpool were desperate to sign Southampton’s Virgil Van Dijk in a bid to shore up a leaky defence. Klopp does appear to have opted for Simon Mignolet ahead of Loris Karius as his first-choice keeper.

Will any club ever spend as much on defenders as City did this summer?
A new keeper (Ederson) and three full-backs (Benjamin Mendy, Kyle Walker and Danilo) cost £152m. Boss Pep Guardiola will hope Ederson proves an adequate replacement for the exiled Joe Hart while the full-backs will offer him some much-needed dynamism on the flanks.

Now that Guardiola has his players, can he deliver?
Last year was the first trophy-less season in his coaching career. The new arrivals mean that he now has similar quality to his squads at Barcelona and Bayern Munich, so the pressure is on.

Groundhog day for Spurs?
After last season’s disappointment – when they lost out to Monaco and Bayer Leverkusen, and were the only seeded team not to make the last 16 – Tottenham were handed another tough draw, against Real Madrid, Borussia Dortmund and APOEL of Cyprus.

How will Spurs break the Wembley Stadium hoodoo?
Any hope supporters had that the problems encountered when playing European games at Wembley would be less pronounced this season – with all Spurs’ home games being staged at the national stadium while White Hart Lane is developed – quickly evaporated following a defeat at the hands of London rivals Chelsea and a draw with Burnley in the club’s first two “home” fixtures of their Premier League campaign.

The early signs are that Premier League teams will excel in the group stages of this year’s Champions League. It remains to be seen whether they can make it count in the knockout stages.

If all else fails, there’s always the Premier League. Arsenal are scheduled to play Chelsea at Stamford Bridge on Sunday and you can always purchase tickets at Football TicketPad.