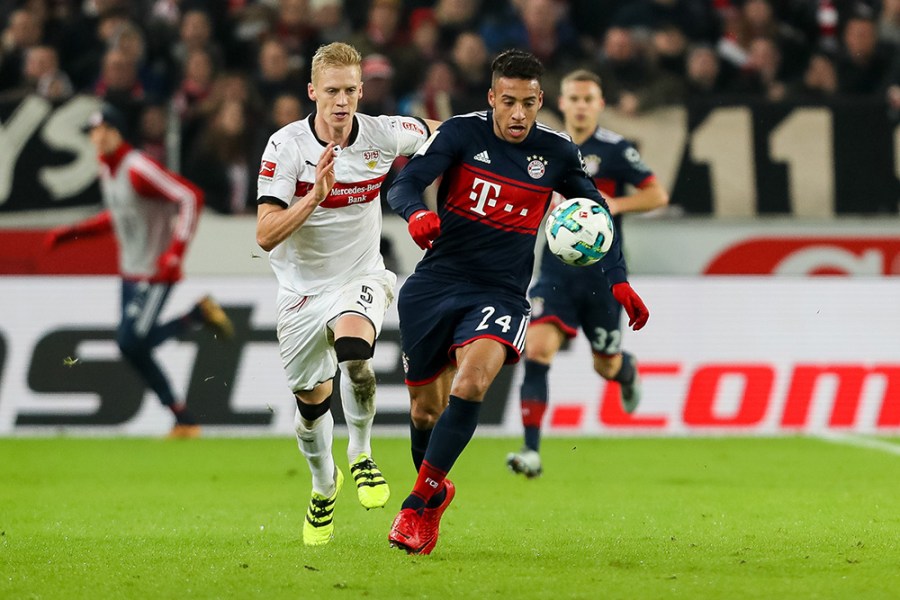 Christmas supposedly is a time for giving. Shame that such a charitable outlook does not hold sway at Scrooge-like Bayern Munich, who for the seventh time in a row, go into the winter break as Bundesliga ‘Herbstmeister’ (Autumn Champions).
A huge 11 points clear of the chasing pack, Bayern were not always as imperious this term. Back in the autumn, when Carlo Ancelotti was at the coaching controls, the Bavarians were uncharacteristically vulnerable. Slipshod, stale, subdued. Top guns only in grumbling.
But the clouds certainly have dispersed since the Bayern decision-makers swopped the fatally-wounded Ancelotti for 72-year-old caretaker boss Jupp Heynckes. Nine domestic league wins out of ten tells its own story. It was almost as if a switch had been flicked; a ragged team instantaneously rediscovering its mojo.
Thanks to Senior Citizen Heynckes, Bayern have gained ground across the board. The atmosphere on the training ground is lighter; defensive organisation has been re-established; they are performing with greater intensity and fluency; they no longer are running out steam late in games and it’s no coincidence that several players (notably winger Kingsley Coman, new midfielder Corentin Tolisso and Chilean box-to-box man Aruro Vidal) have enjoyed spectacular revivals.
Like the great Pep Guardiola, Heynckes lives and breathes to individually improve his squad. He is, in effect, each player’s personal tutor, on hand to encourage and offer technical tips. Nothing fancy. Just solid analysis and common sense advice.
Coman, for example, was told to show more composure when breaking free out wide, to slow down a little before putting in a cross. Tolisso, so underwhelming early in the season, has flourished since Heynckes took him aside and simply told to push forward as often as he did at old club Lyon.
“Jupp is a psychologist, teacher and has that human touch” says Bayern president Uli Hoeness. “With him, we won the rollover lottery.”
Heynckes is not the only team leader to have excelled in the first phase of 2017-18. Manuel Baum has turned Augsburg from everyone’s favourite relegation candidate into serial over-achievers. After their dramatic fall from grace last term, Leverkusen once again have a top-four spring in their step under Heiko Herrlich. And in his first taste of the top-flight, new Schalke boss Domenico Tedesco – still a mere 32 – has made an immediate difference, steering them to the heady heights of second in the table.
Unbeaten in nine, the Gelsenkirchener are an altogether less flaky proposition these days. Tedesco not only has given them structure and tactical refinement. He also has found a way to add character to the collective mix. Twice in recent weeks, they have forced draws from seemingly impossible situations (4-4 in Dortmund, 2-2 in Frankfurt) and such indomitable spirit should be very useful as they look to push on in the New Year.
The tabloid Bild calls the Gelsenkirchener “Mentality Monsters”. It has a nice ring to it.
What We Learned This Week
1. Christmas reinstated in the Rhineland.
After four long and frustrating months. flatlining Köln finally have their first win of the season, substitute Christian Clemens notching the winner in a 1-0 home win over Wolfsburg. The Billy Goats remain dead-last – trailing second-from-bottom Hamburg by nine points – but at least had a festive season gift for their hard-pressed fans. ” It was a sort of last-minute redemption for us at the end of the year, ” said Koln keeper Timo Horn. ” Something to ease the soul and very important for our supporters. “
2. We don’t like Bailey. We love him.
Leverkusen director of sport Rudi Völler has made it clear that it will take a “crazy” offer to make him part with much-coveted Jamaican winger Leon Bailey. With his speed, ball-skills and goals, the 20-year-old has played a key role in the ‘Werkself’ renaissance this term and speculation is rife of an imminent switch to the Premier League (Arsenal or Chelsea). ” We have shown in the last few years that we do know how to say no, ” declared Voller. ” We’re totally calm about it all. If a completely crazy sum is offered, we’ll have to consider it. “