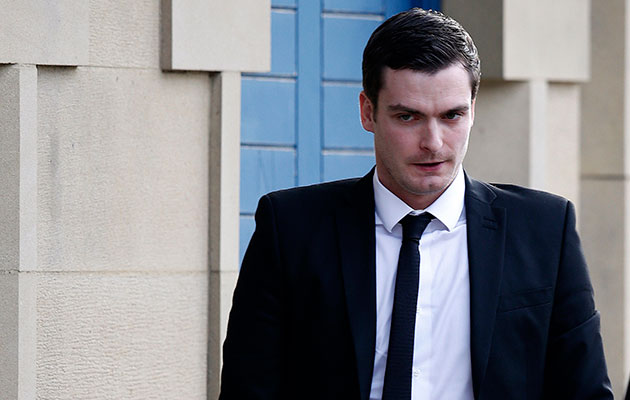 Adam Johnson has been found guilty of sexual activity with a 15-year-old schoolgirl but cleared on another charge.

The former England footballer was convicted of sexually touching the teenager but cleared of another count in which she was alleged to have performed oral sex on him.

The judge Jonathan Rose told Johnson a jail term was “an almost inevitable outcome” when he is sentenced in two to three weeks at Bradford crown court.

The jury deliberated for nearly ten hours after which they found Johnson guilty of one count of sexual activity with a child.

They returned with a majority of 10-2 after failing to reach a unanimous verdict.

The footballer showed little reaction from the dock as he was bailed for sentencing in two to three weeks. His sister sat with her head bowed in the public gallery.

Johnson met up with the girl on 30 January 2015 after agreeing to sign football shirts for her, the court heard.

The player admitted kissing the teenager but told the jury the encounter “went no further”.

However the girl told the court the former winger “put his hands down her pants” and she performed an oral sex act on him.

Johnson was sacked by Sunderland after admitting on the first day of his trial that he had kissed the girl.