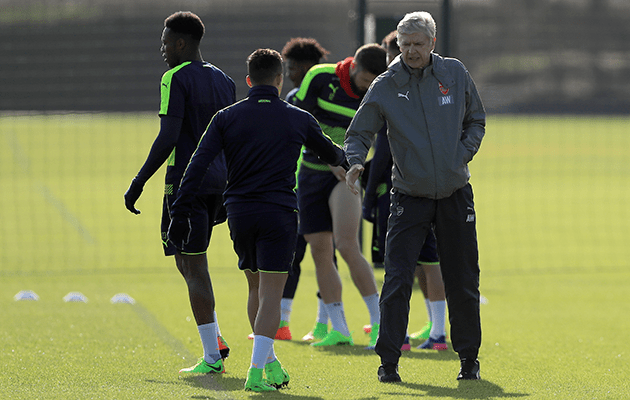 Alexis Sánchez has published a message on Instagram following his omission for Arsenal’s 3-1 defeat at Liverpool on Saturday.

Amid reports that he will leave the club this summer, the Chilean forward was left out of the starting XI by Arsene Wenger after the pair had allegedly rowed in training last week.

Writing on Instagram, Sánchez said: “The true warrior fights not because he hates the ones in front of him, but because he loves those behind him. Let go Gunners. The only failure is not trying.”

The message is comes from a quote by G K Chesterton, an English writer and poet of the early 20th century.

The Chile forward trained with Arsenal and was pictured shaking hands Wenger on Monday morning.

Speculation is rife that Sánchez wants to leave Arsenal and will seek a summer transfer, with Juventus and Paris Saint-Germain among the clubs reportedly interested in signing him.

Speaking ahead of Arsenal’s Champions League last-16, second leg tie with Bayern Munich on Tuesday, Wenger denied he had fallen out with Arsenal’s top-scorer.

“I am not aware. Nothing happened. Nothing at all,” he said. “I explained after the game at Liverpool that I decided to go for a more direct option in the game.

“That was the unique reason for my decision. All the rest, his attitude – he’s a committed player and sometimes has excessive behaviours but you have that many times in the history of every squad.

“[I have a] honest and normal [relationship with Sánchez]. Like with every single player.”