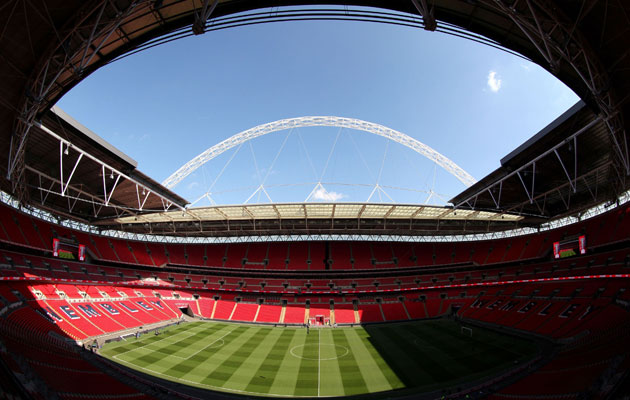 Some of the cities chosen to stage knockout matches at Euro 2020 may use the tournament for image laundering, Amnesty International has warned.
Wembley will host the semi-finals and finals of the competition, while the the quarter-finals and three group matches will be held in Munich (Germany), Baku (Azerbaijan), Rome (Italy) and St Petersburg (Russia).
The other host cities that will stage three group games and a last 16 game are Copenhagen (Denmark), Bucharest (Romania), Amsterdam (Netherlands), Bilbao (Spain), Budapest (Hungary) and Brussels (Belgium).
It is the choices of Baku in Azerbaijan and St Petersburg in Russia that have caused concern for the human rights organisation.
Kate Allen, Director of Amnesty UK, said:
“The European Championship is the second highest grossing football tournament in the world and one of the most prestigious on the planet.
“But some of the winning cities are in countries with appalling human rights records which could well use the prestige of Euro 2020 as a means of image-laundering through the world’s media, a way of diverting attention from some of the uglier things going on. And it can get very ugly.
“Azerbaijan locks people up simply because they disagree with the government, including a campaigner who has called for a boycott on human rights grounds of the first European Olympic Games to be held in Baku next summer. Police also regularly torture those who deemed to have criticised the authorities.
“And in Russia, during the Sochi Olympics in February, there was a clampdown on freedom of expression, with campaigners who had criticised the Sochi authorities arrested and jailed on trumped up charges. That’s not to mention the country’s shocking anti-gay laws and police violence against peaceful protestors.
“Amnesty wants major sporting bodies like UEFA to carefully consider the human rights context when awarding their tournaments and encourages fans travelling to games to go with their eyes open to what’s going on outside the stadium gates.”