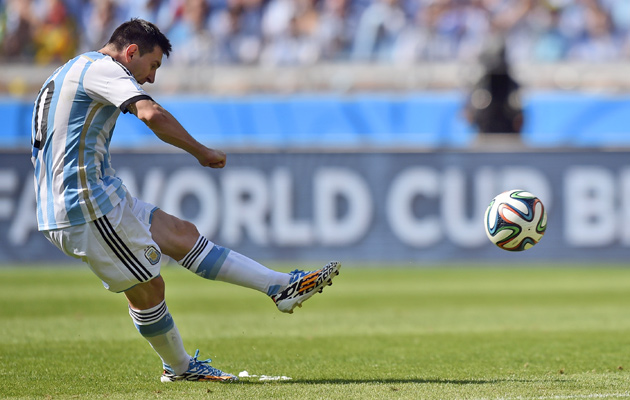 Match overview: A game that had promised to be test of Argentina’s ingenuity against Iran’s collective defensive organisation turned into a thrilling encounter which Iran could easily have won. The Iranians grew in confidence in the second half and it took a wonderstrike from Messi to settle the match in stoppage time.

Key moment: Messi’s brilliant injury-time goal saved Argentina but broke Iran’s hearts. Just as it looked as if Iran would hold on for a famous result, Argentina’s captain cut in from the left and unleashed a thunderbolt into the far corner of the Iran net.

Man of the match: Lionel Messi. Who else? Iran’s players all deserve credit for a collective performance that threatened to produce one of the great World Cup upsets but Argentina’s captain unleashed a moment of brilliance to settle the game and take Argentina into the knockout phase.

Matter of fact: Argentina enjoyed 76 per cent of possession, the second highest in a World Cup game since 1966.

Talking point: Iran may have parked the bus in the first half but they revved up the engine drove the bus straight through the Argentina defence on a number of occasions in the second half. They grew in confidence as the Argentina backline wobbled. Messi again showed how he can win a match with a moment of brilliance, but his team-mates looked overwhelmed by the pressure.