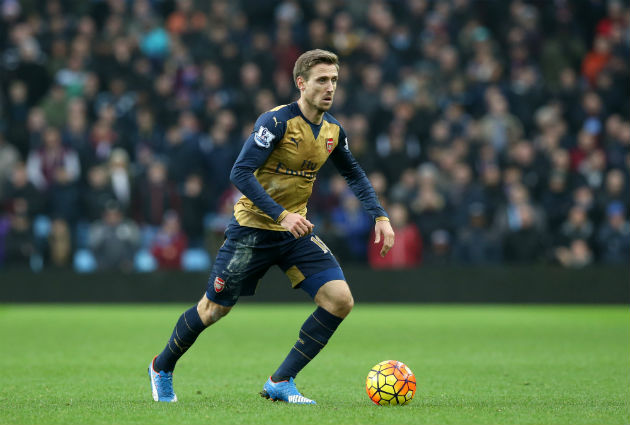 Arsenal manager Arsene Wenger has revealed that defender Nacho Monreal is on the cusp of signing a contract extension.

Wenger was questioned about the reports in his press conference and he said that a deal was not far off and said that Monreal has been a model of consistency this season.

“We’ll announce that at some stage, when it’s finished. It’s not over the line completely but we’re not far,” he said.

“The regularity of his performances, the fact that he has improved every year since he has arrived,

“He’s not necessarily my first-choice left back. He plays more than Kieran Gibbs at the moment, but I think I am a bit spoiled there.

“Gibbs has come back and he has shown again on Saturday a very, very strong level. That makes my decisions at that level very difficult. But overall, Nacho Monreal has been absolutely outstanding.”

“I can say that I feel at home on and off the pitch. If you don’t feel good off the pitch and in life in general, obviously you can’t give 100 per cent.

“However, at the moment, I love England, I love London and I love my team-mates so everything is positive.”